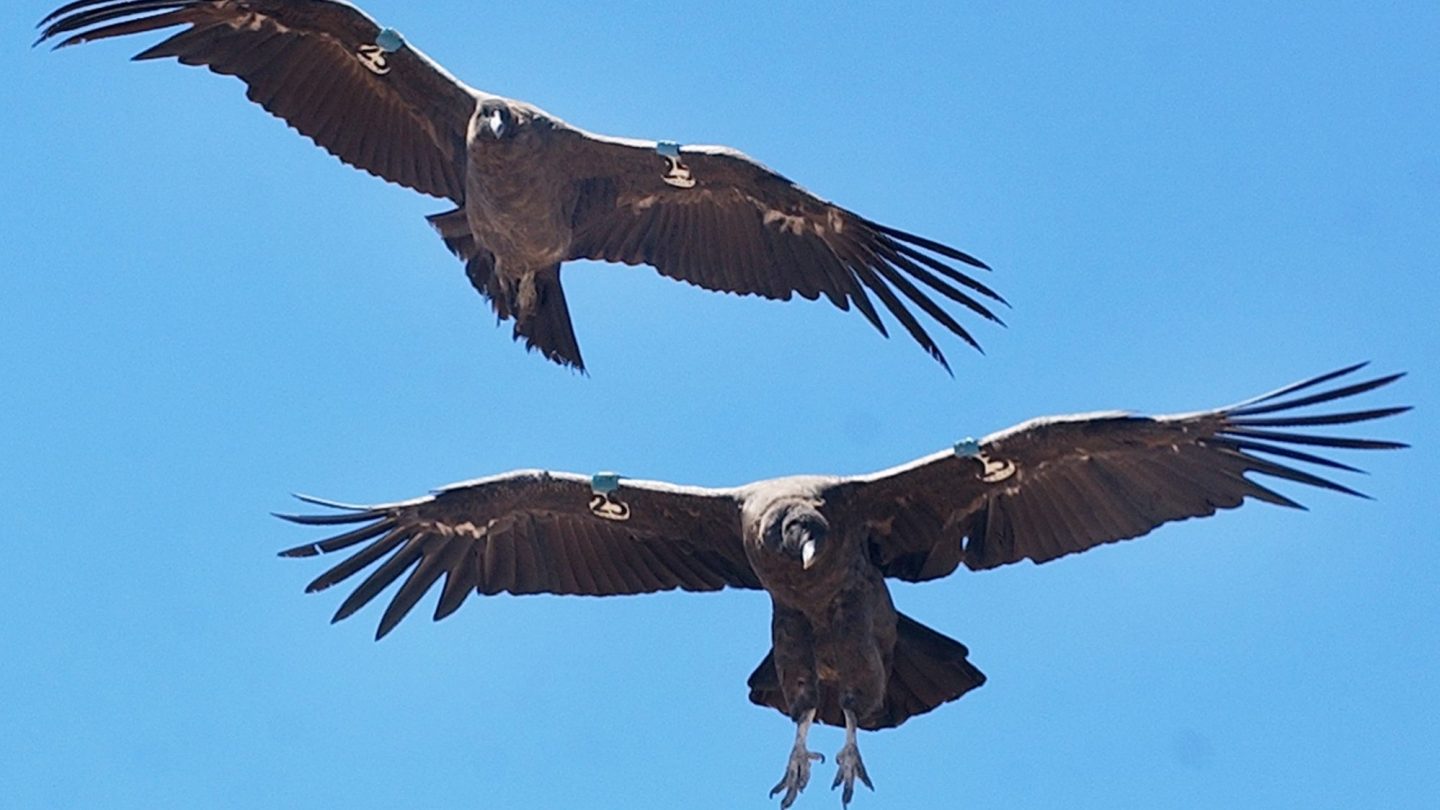 Humans like to think we’re the masters of the skies but if we’re being honest with ourselves, we’re still amateurs. Animals like the Andean condor have evolved to become the true rulers of the wind, and a new study reveals just how easy it is for them to travel huge distances with very little effort.

The research, which was published in Proceedings of the National Academy of Sciences, explores the incredible capabilities of this particular condor species, which also happens to be the world’s heaviest soaring bird. They can weigh well over 30 lbs, but they can also fly over 100 miles without even flapping their wings.

Scientists have known that condors can fly extreme distances, but for the study, the scientists wanted to see just how efficient the birds were at covering ground. They outfitted some of the birds with flight recorders to record data on their adventures, and what they discovered was seriously impressive.

The researcher team crunched the data after allowing the animals to travel and found that the birds flap their wings a whole bunch during take-off but that activity is dramatically reduced once they reach soaring height. In fact, three-quarters of the flapping condors do is during takeoff, and they rarely have to flap their wings while cruising high above the ground.

The study found that the condors are incredibly skilled at efficient flying once they reach a suitable altitude. The birds “can sustain soaring for long periods in a wide range of wind and thermal conditions,” and one bird being monitored even managed to fly for five hours without flapping its wings. During that time, it covered a distance of well over 100 miles, all without flapping.

“Watching birds from kites to eagles fly, you might wonder if they ever flap. This question is important, because by the time birds are as big as condors, theory tells us they are dependent on soaring to get around,” Dr. Hannah Williams of Max Planck said in a statement. “Our results revealed the amount the birds flapped didn’t change substantially with the weather. This suggests that decisions about when and where to land are crucial, as not only do condors need to be able to take off again, but unnecessary landings will add significantly to their overall flight costs.”

That’s especially impressive considering their immense size. You’d think that the weather would impact their ability to navigate efficiently, but this research shows that they are capable of traveling incredible distances with little regard for weather conditions.