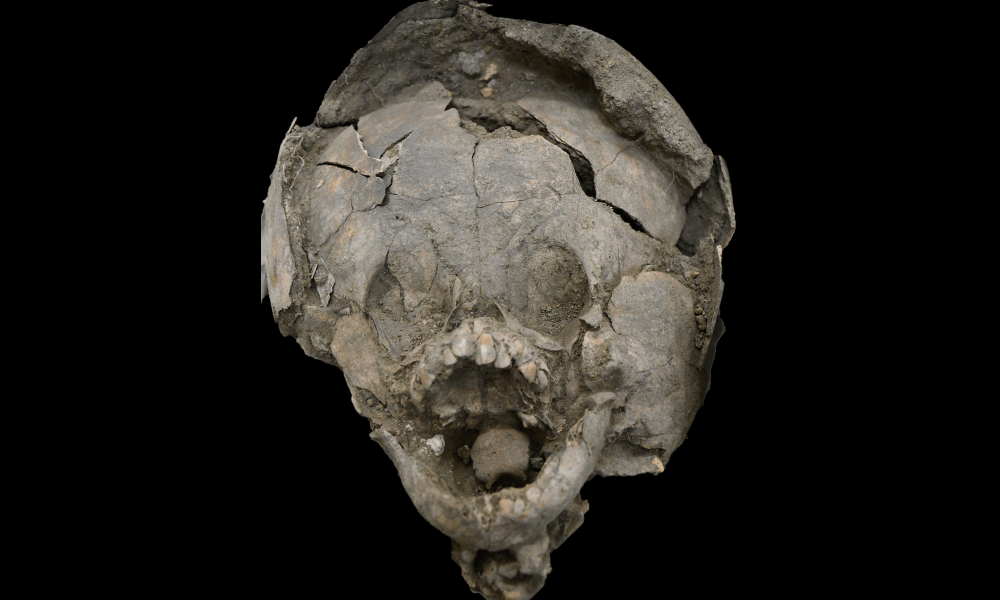 Archaeologists in Ecuador have uncovered the remains of babies buried over 2,000 years ago. It would be an interesting find no matter the context, but these infants are leaving researchers scratching their heads for a very specific reason: The children were buried in “helmets” made from the skulls of other, older children.

The discovery is the subject of a new paper published in Latin American Antiquity. The team studying the site, led by Dr. Sara Juengst, was left struggling to explain the symbolism behind the apparently rare custom, as it’s the first time archaeologists have found anything like it.

A total of 11 bodies were discovered at the ancient gravesite. Most of the remains were “normal,” but two infants buried there were laid to rest wearing the “cranial vaults” of others, specifically other older children. The researchers believe that these skull “helmets” were added at the time of burial, but they have no idea why.

The archaeologists can only guess what the reason behind this bizarre custom may have been. As LiveScience notes, the authors of the research have offered some interesting theories. One possible explanation is that the bone helmets were applied to protect the souls of the infants, who never had a chance to live their own lives.

It’s worth noting that scientists have also been unable to determine the causes of death. It’s unclear how the infants died, and the researchers are equally unsure of the cause of death of the children whose skulls were used as helmets.

Rituals and burial customs vary dramatically from one culture to the next, and when you’re looking back 2,100 years, some of the traditions carried out after a person’s death can seem incredibly bizarre to us. Whatever belief system led to this strange circumstance is unclear, but the archaeologists are continuing to explore possibilities.