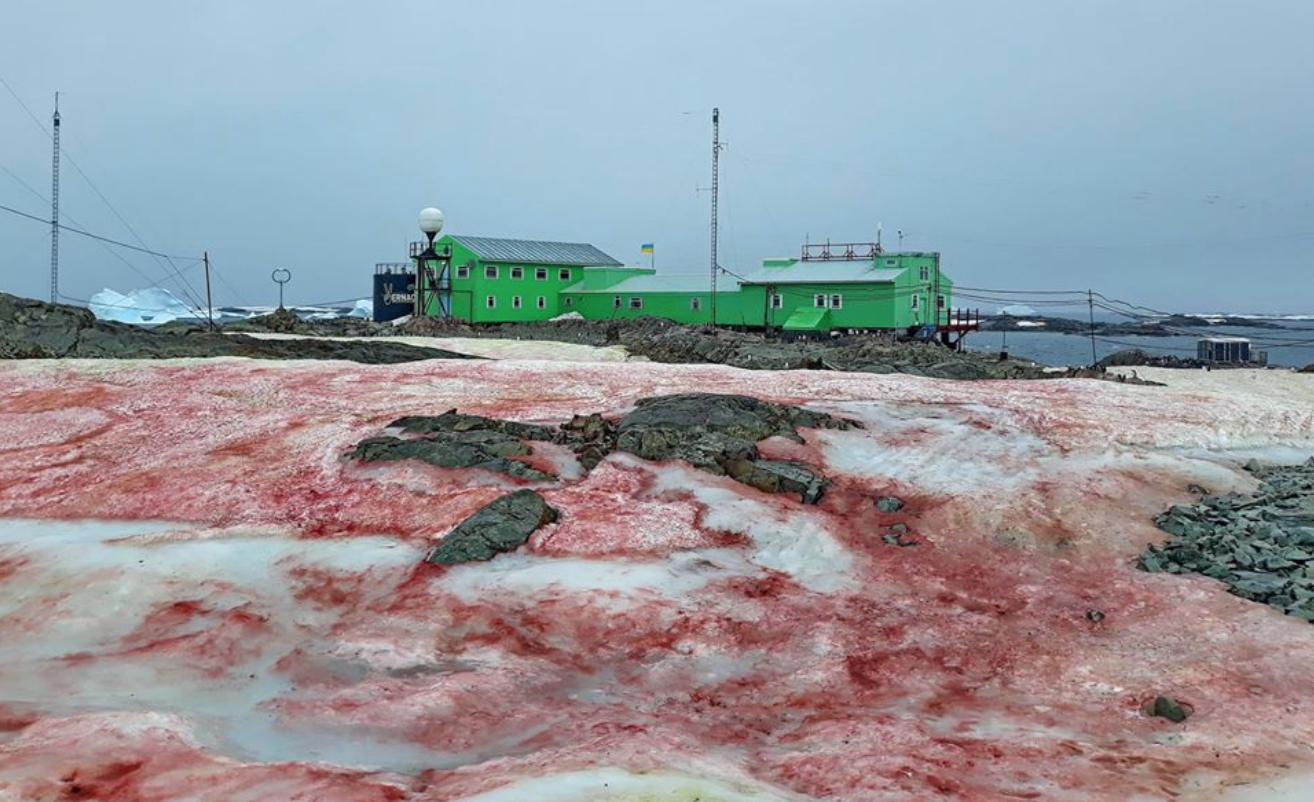 If you have an image in your head of Antarctica as a blindingly white winter wonderland, this photo of blood-red snow covering the ground will likely challenge that. As LiveScience reports, the images were posted to Facebook by the Ministry of Education and Science of Ukraine and were shot outside of the country’s Vernadsky Research Base in the far north of Antarctica.

It might look like the scene of some incredible massacre or biblical plague, but what you’re actually seeing here is algae growth on melting snow. The algae blooms in the summer, which it just so happens to be right now in Antarctica, and the growing intensity of the blooms have been linked to a warming climate.

The red blooms might be eye-catching, but they actually facilitate additional warming of the planet. Bright white snow reflects sunlight, but when this red algae begins to spread in an area, it lowers the overall reflective properties of the snow, welcoming more heat to be absorbed, prompting additional melting, and sparking the growth of even more algae.

“Snow blossoms contribute to climate change,” the post reads. “Because of the red-crimson color, the snow reflects less sunlight and melts faster. As a consequence, it produces more and more bright algae.”

This loop can be devastating, and it’s obviously not great news for the climate. Without a larger effort to curb a warming world, sights like this will just become more and more common. Ultimately, this striking red snow is a symptom of our inability to keep the climate in check and minimize our impact on the planet. It might not be actual blood, but it’s a sign we’re harming our planet.