Unless you’re a seasoned NASA engineer with knowledge of planetary protection protocols and the guidelines that astronauts and scientists much adhere to in order to prevent humanity from contaminating worlds (including our own), there’s very little chance you have a shot at landing NASA’s new Planetary Protection Officer position. That is, unless you’re nine-year-old Jack Davis, who wrote to the agency with the hopes of scoring the job, and definitely did not get a denial.

Davis, who is currently a fourth grade student living in New Jersey but will probably have Top Secret security clearance before I managed to pay off my student loans, makes a pretty convincing case for why NASA should hire him:

My name is Jack Davis and I would like to apply for the planetary protection officer job. I may be nine, but I think I would be fit for the job. One of the reasons is my sister says I am an alien (!). Also, I have seen almost all the space and alien movies I can see. I have also seen the show Marvel: Agents of Shield and hope to see the movie Men In Black. I am great at video games (!!). I am young, so I can learn to think like an alien.

Guardian of the Galaxy

This incredibly well-written letter speaks for itself. As a former nine-year-old myself, I can tell you that young Davis has more ambition than I had at that age — and have ever had — and that referring to himself as a “Guardian of the Galaxy” is just about as cool of a move as I’ve ever seen in my life. 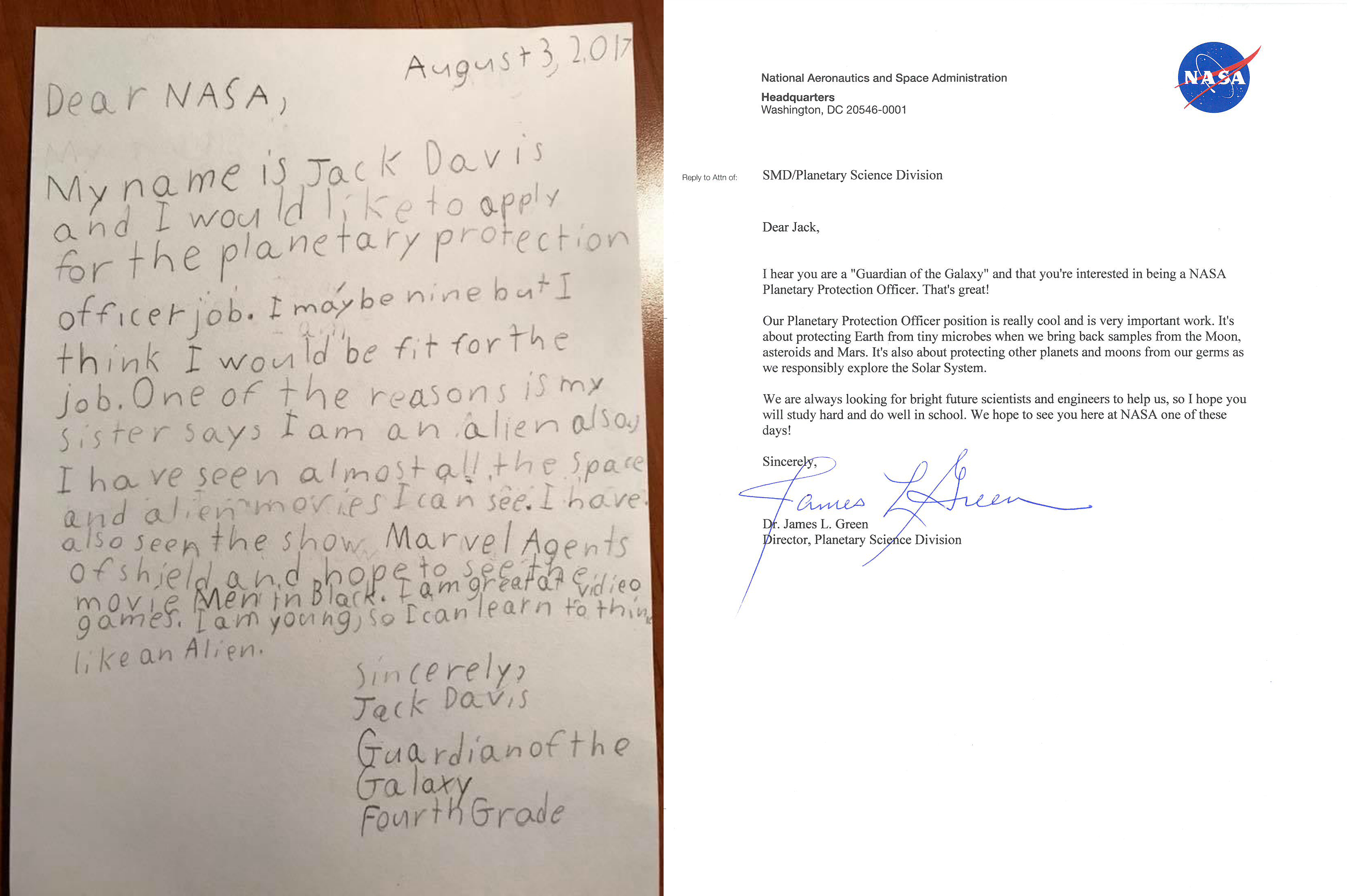 Clearly surprised that the best applicant so far happens to be a nine year old boy from New Jersey, NASA’s James L. Green, Director of the Planetary Sciences Division, wrote back to Davis to encourage his love of science and space.

While the reply didn’t include a formal job offer, it also wasn’t exactly a denial. The only logical explanation is that NASA is simply working out the logistics of hiring a fourth grader, but I’m confident they’ll figure it out before Davis’ parents waste any money on back-to-school supplies — NASA probably doesn’t make you bring your own pens and paper to work.