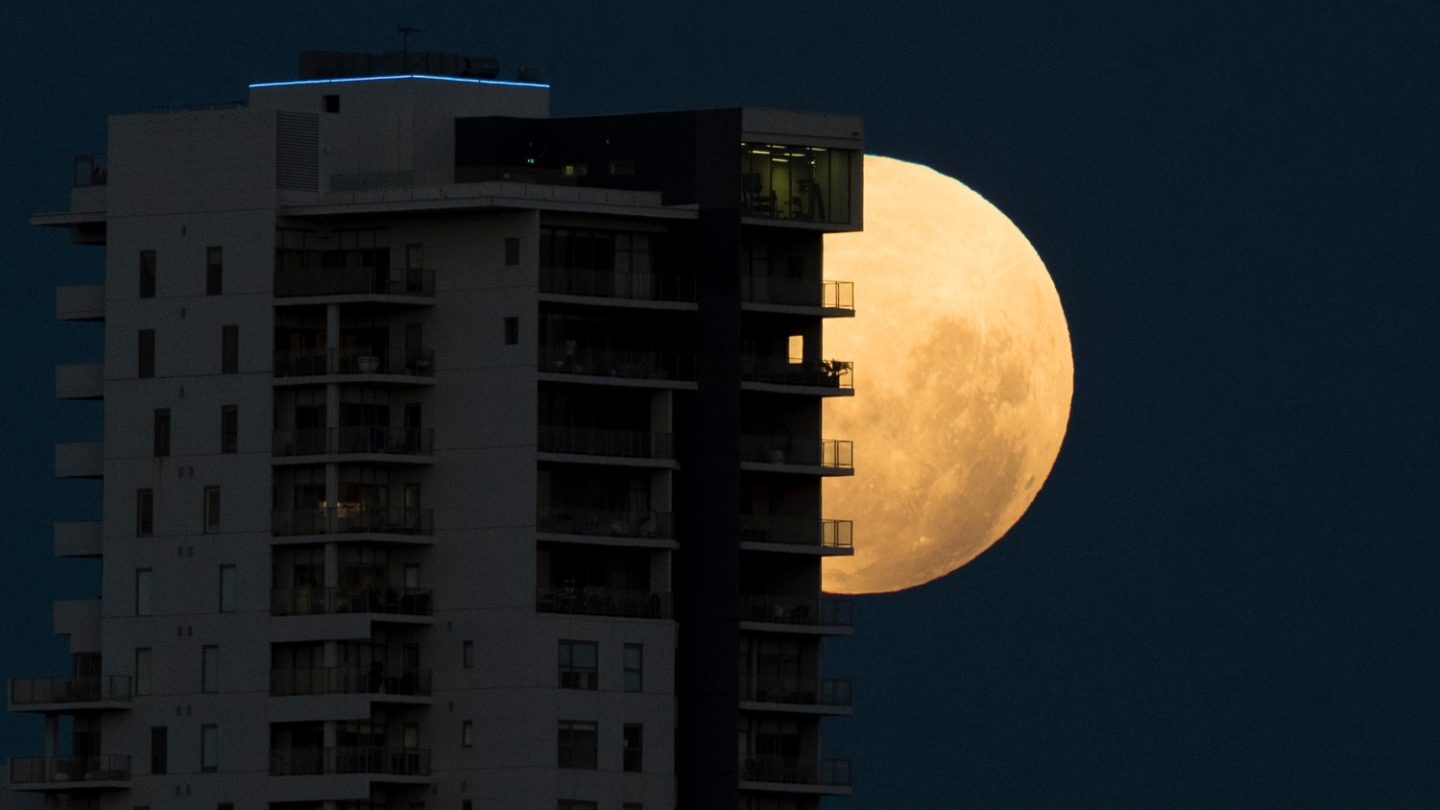 If you’re an aspiring skywatcher looking for a good reason to stay up past your bedtime and gaze into the cosmos, I have good news: Friday, April 19th will feature a full moon. However, if you’re eagerly anticipating tonight’s full moon because it carries the nickname “Pink Moon,” I have a devastating truth to reveal: It won’t be pink.

Tonight’s full moon — or “Full Pink Moon” or “Pink Full Moon” or whatever you see it called around the web and beyond — carries its nicknamed not based on its actual color, but rather because it’s the first full moon of April, when lovely pink flowers known as ground phlox first begin to bloom. Yeah, it’s kind of a bummer.

The Pink Moon follows the trend of naming moons based on agricultural schedules set by early farmers that used cues from the Moon for a variety of things, according to the Farmers’ Almanac. It’s said that lunar cycles helped Native American farmers track the changes in season, though there’s some dispute over which tribes actually used which naming conventions, and how widespread the practice was.

Nevertheless, these old labels have seeped into our popular culture and are now used widely. Hence, we know all about the Harvest Moon, Wolf Moon, Pink Moon, Beaver Moon, and the like.

Regardless of how much stock you put into the naming schemes, tonight’s full moon will probably be worth your time to check out. We’re just a few days past perigee, the point where the Moon is closest to Earth, so it’ll appear large and bright in the night sky, as long as the weather cooperates. Just don’t expect it to be pink.