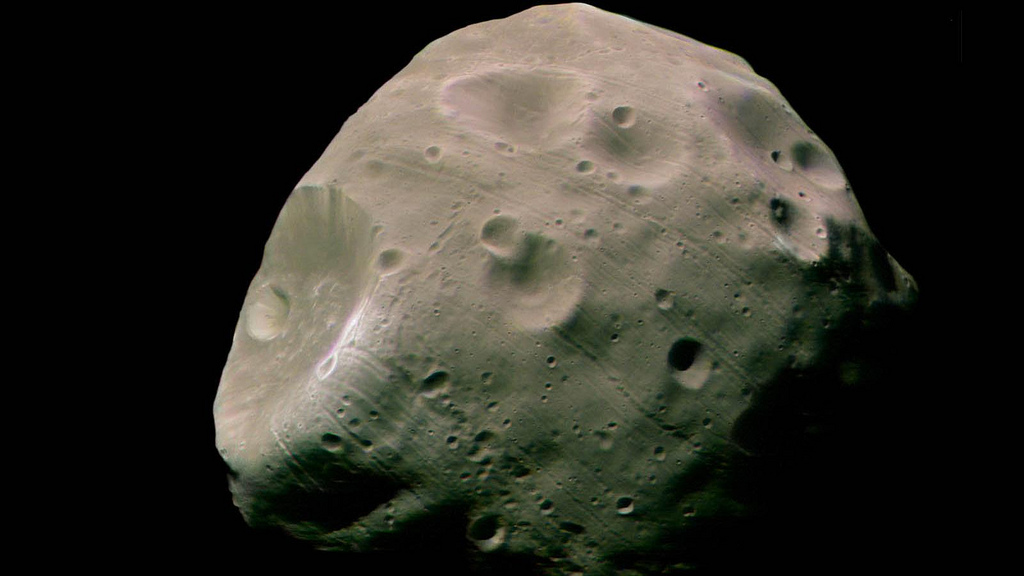 Mars is a pretty important place these days, what with space agencies around the world doing their best to get there and SpaceX suggesting it’ll have a Mars colony built within a decade, but there are some pretty interesting objects floating around Mars, too. Phobos, a tiny moon with a potato-like shape, has puzzled researchers for decades, and now some of those answers might be coming to the surface.

Determining how natural satellites end up in orbit around any planet is a difficult task for astronomers. The task is even harder in the case of Phobos, which is small and almost asteroid-like in appearance, but a new study suggests that the rock might actually be a chunk of Mars itself.

The reason the origin story of Phobos is so hard to trace is because of its appearance. It’s much darker than the surface of Mars, and the stark difference in color — Phobos being much darker — led many astronomers to assume that it was merely an object which had been captured by the gravity of the larger planet.

This new round of research focused on mid-infrared images captured by the Mars Global Explorer. When comparing the readings to similar heat scans taken of a meteorite thought to be a chunk of a D-class asteroid (which some suspect Phobos to be), the researchers found them to be far from similar.

“We found, at these wavelength ranges, the Tagish Lake meteorite doesn’t look anything like Phobos, in fact what matches Phobos most closely, or at least one of the features in the spectrum, is ground-up basalt, which is a common volcanic rock, and it’s what most of the Martian crust is made out of,” Tim Glotch, a scientist at Stony Brook University and lead author of the study, explains. “That leads us to believe that perhaps Phobos might be a remnant of an impact that occurred early on in Martian history.”

If Phobos is indeed made of the same material as Mars’ surface it would be a big push towards the conclusion that the moon is the result of some sort of impact in the planet’s very early years. Ultimately, a sample from Phobos will need to be analyzed on Earth in order to make any kind of definitive judgement. The Martian Moons Exploration mission from Japan’s JAXA space agency plans on doing just that, but it won’t launch until 2024.