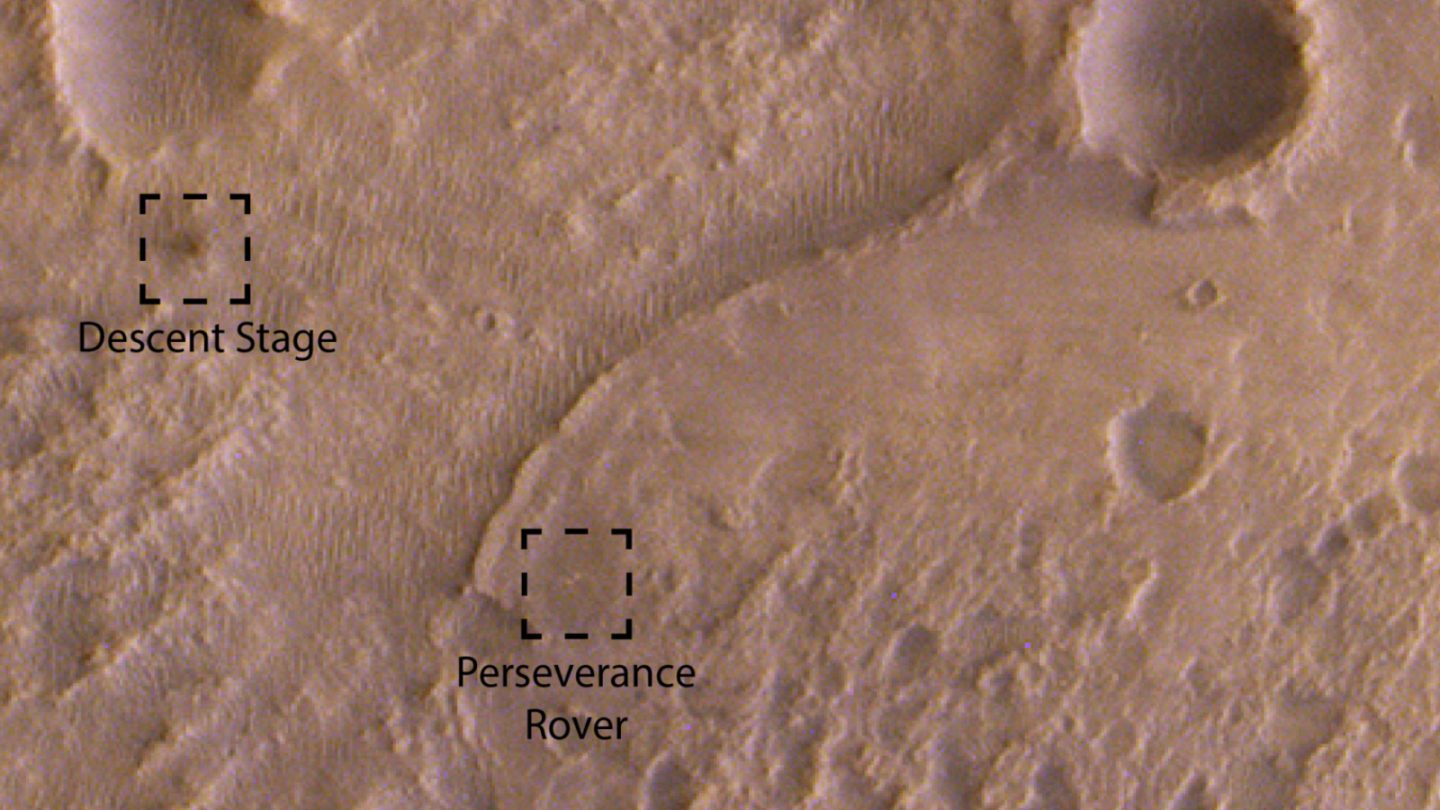 NASA successfully landed its Perseverance rover on the surface of Mars two weeks ago, marking the beginning of a very exciting chapter in the exploration and study of the Red Planet. The rover’s landing was anything but certain, and the Perseverance team was elated to hear that the massive machine made it to the surface of the planet in one piece. The days since the landing have been mostly filled with engineers and mission team members putting the rover’s various instruments through tests to ensure they are working as intended, but another vehicle near Mars decided to spy on the rover while it stretched its legs down below.

The ESA-Roscosmos Trace Gas Orbiter, which is part of the ExoMars mission between the ESA and the Russian space agency, cruised over the landing area of the Perseverance rover just days after it came down. The orbiter snapped some images of the rover sitting in the Jezero Crater, which is exactly where NASA aimed it, and while the machine is little more than a few pixels in the image, we can definitely tell it’s there, along with all the junk it brought with it.

Landing the rover on Mars was no easy feat. Ensuring it landed softly required a whole bunch of extra machinery and various systems triggering at precisely the right moment to provide the rover with the easy descent it needed. In these new images, we can see the rover as well as the descent stage which slowed the rover’s descent, the parachute and shell that gave the rover a gentle ride toward the surface, and the heat shield that protected the rover during its descent. 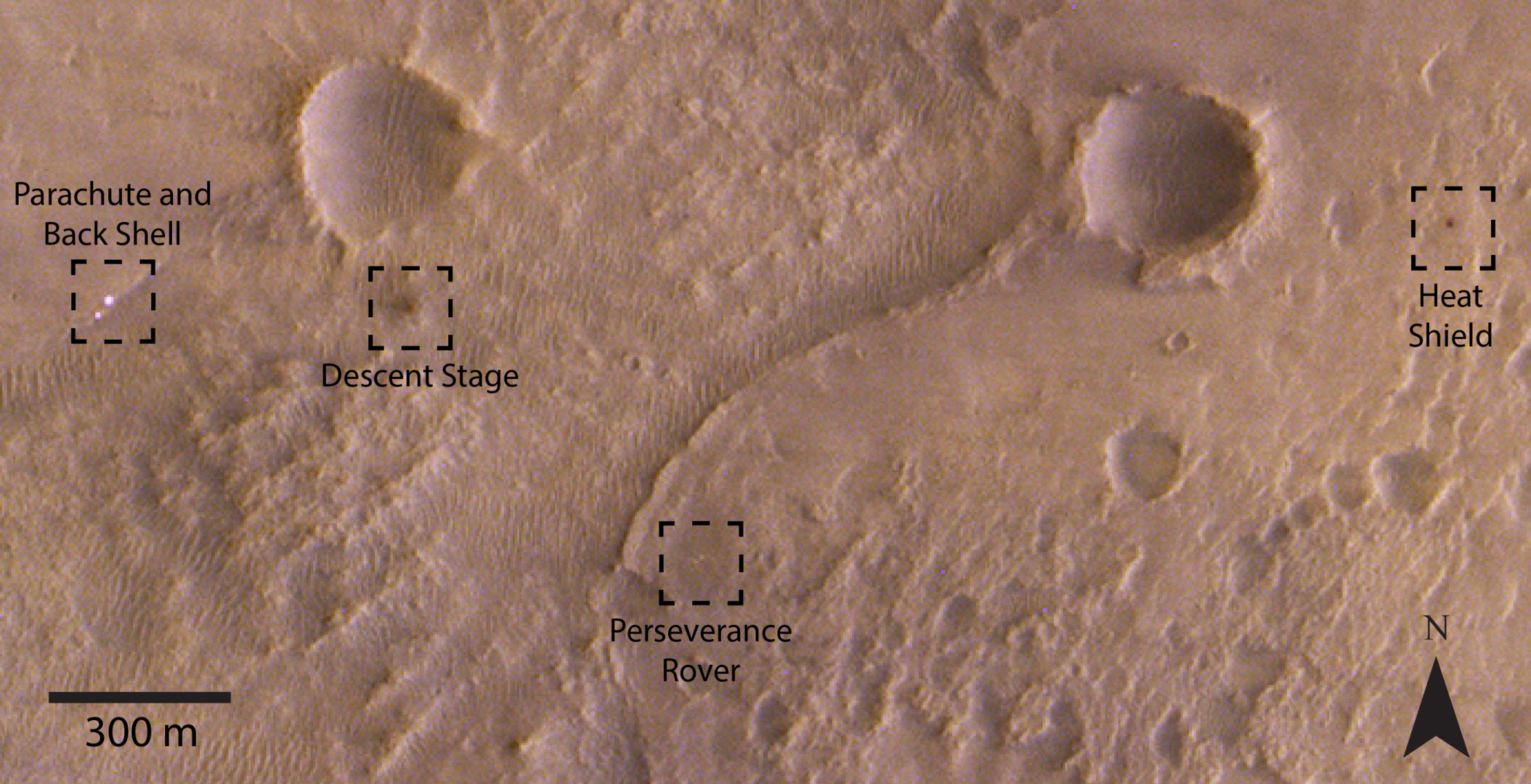 There it is! And there’s the garbage! The ExoMars orbiter that snapped the image didn’t just provide a birds-eye view of the rover after landing, but also provided NASA with additional information and tracking data when the rover was coming in for its landing.

The ExoMars Trace Gas Orbiter provided significant data relay services around the landing of Perseverance, including supporting the return of the videos and imagery taken by the mission’s onboard cameras during the descent of the rover to the surface of Mars. The orbiter will continue to provide data relay support between Earth and Mars for NASA’s surface missions, and for the next ExoMars mission, which will see the European Rosalind Franklin rover and Russian Kazachok surface platform arrive at the Red Planet in 2023.