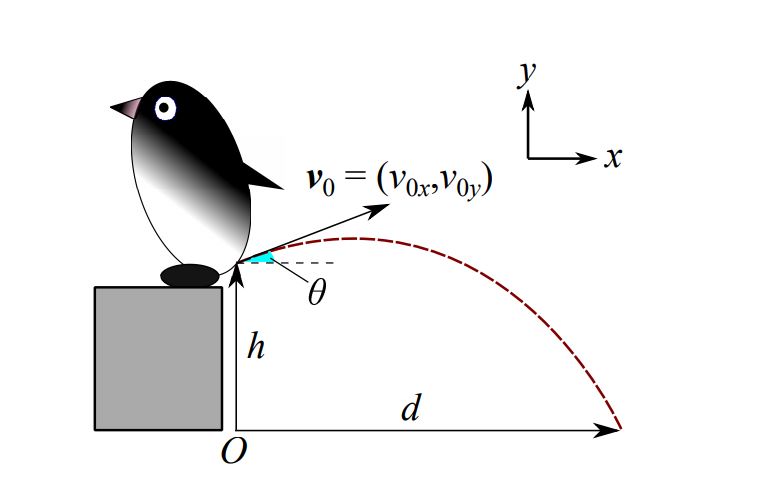 Ever wonder how far penguins can poop? Yeah, neither have I (I swear) but then again, I’m no scientist. Researchers out of Japan have very much wondered, and now they’ve published new findings in a new paper that reveals the answer.

Believe it or not (you won’t believe it), the physics of penguin pooping has been studied before, and more than once. As Ars Technica notes, a paper back in 2003 focused on how much pressure a penguin poops with, and the research was so well-received that it was deemed worthy of a Nobel Prize. This new round of research expands on those original findings, revealing that penguin poopers are even more remarkable than previously thought.

Okay, so why is penguin poop important to begin with? Well, penguins are famous for their dedication to their offspring even before they hatch. Penguins can’t spare even a second to leave their nest in order to take care of business when nature calls, so they simply lean a bit and fire their liquidy poop from where they stand. The poop cannon has considerable power, sending a stream of fecal matter far enough from the nest that it doesn’t pose an issue — unless another penguin is standing in the line of fire, of course.

The new paper takes the findings from 2003 and considers them in a new light. Specifically, the researchers say that the original paper assumed that the penguins always poop horizontally, which they say isn’t the case. Some penguins put some real effort into it and send it on an upward trajectory that forms an arc.

They took into account the fact that sometimes nests are in an elevated location, allowing the penguins to poop even further than they might if the landscape were perfectly flat. With this in mind, the researchers recalculated the maximum poop-firing distance of the penguins. They arrived at a distance of 4.39 feet or about 1.34 meters.

The researchers also decided to recalculate the pressure that a penguin’s internals would have to reach in order to send their poo flying as far as it does. They found that the pressure would be higher than previously suspected, which makes the whole penguin pooping process even more interesting.

But why research any of this at all? What’s the point? The researchers say that knowing the dynamics of penguin pooping is important for keepers in settings like zoos, as it allows them to better plan for excursions into artificial penguin habitats. Keepers who know how far their animals can shoot their poop are much less likely to be struck by it, and nobody likes being pooped on.