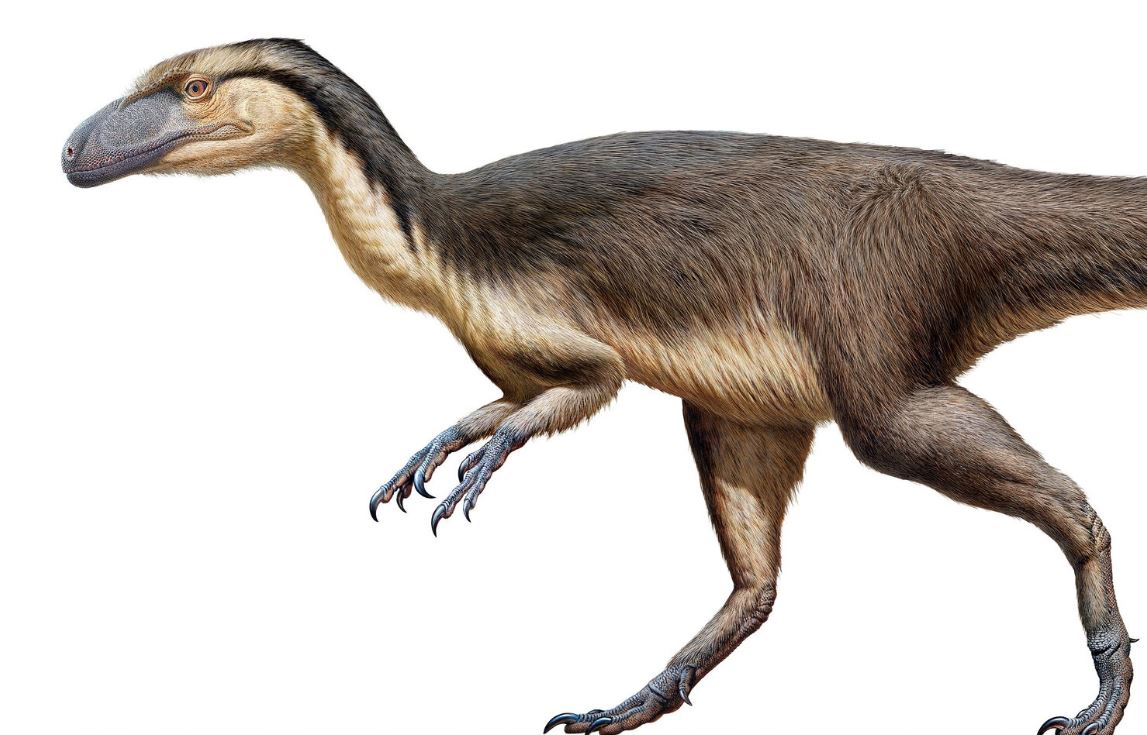 We often think of dinosaurs as big lizards, with reptilian features. For decades, the common belief was that dinosaurs had smooth skin, much like reptiles we see today. That was likely true for a large portion of them, but more recent discoveries suggest that there were also many dinosaurs that sported feathers.

In a new paper published in Gondwana Research, paleontologists reveal fossils discovered over a century ago are actually proof that feather-wearing dinosaurs inhabited the South Pole. The investigation hints at the likelihood that dinosaurs may have adopted feathers as a way to combat cold weather in extreme climates.

The fossils, which were found in modern-day Australia, were unearthed in a deposit of material that was once a lake located much farther south. When the creatures died, they did so in a frigid environment.

It had long been believed that the development of feathers may have allowed some species of dinosaur to withstand certain environmental conditions. Dinosaur fossils with feathers, however, are rare in the Southern Hemisphere. That lack of evidence had made it difficult to argue that dinosaurs in the southern polar circle evolved feathers to combat the cold.

“Dinosaur skeletons and even the fragile bones of early birds have been found at ancient high-latitudes before. Yet, to date, no directly attributable integumentary remains have been discovered to show that dinosaurs used feathers to survive in extreme polar habitats”, Dr. Benjamin Kear, lead author of the study, explains. “These Australian fossil feathers are therefore highly significant because they came from dinosaurs and small birds that were living in a seasonally very cold environment with months of polar darkness every year”.

The feathers discovered in the fossils aren’t the same as the kind you’d see on modern birds. The scientists consider them “proto-feathers,” as they fall somewhere between hair and full-fledged feathers. Going forward, it’ll be interesting to see if researchers can paint a clearer picture of when and where dinosaur feathers spread.