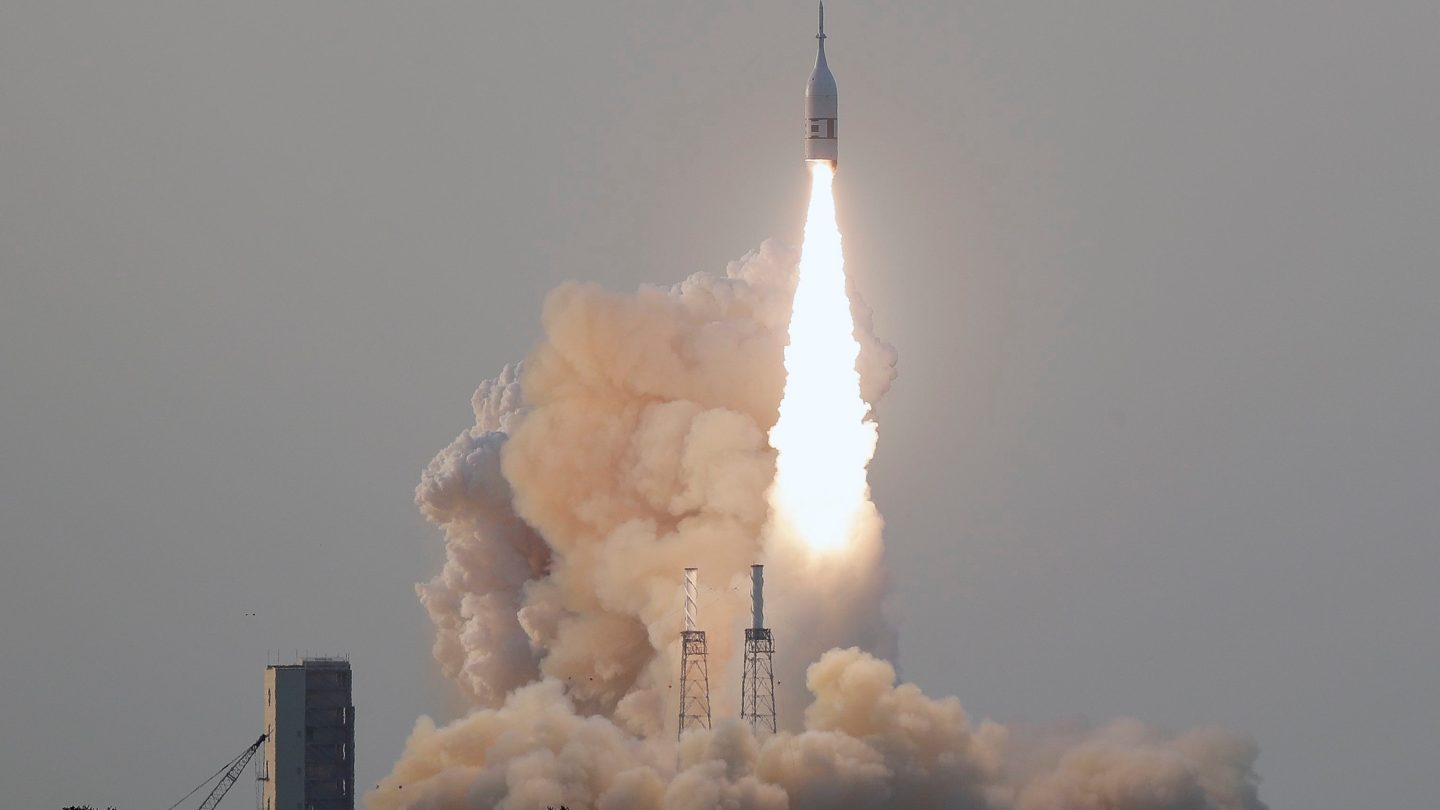 NASA is slowly but surely inching its way towards its ultimate goal of being able to launch astronauts from U.S. soil. The agency has contracts with a number of companies — SpaceX, Boeing, Northrop Grumman, and several others — to produce the hardware that will make it possible, but continuous setbacks have pushed back the timeline and cost the government huge sums of money.

But it’s not all bad news for the U.S. space program, and a successful test earlier today of the launch abort system for the Orion spacecraft puts NASA one step closer to the finish line.

The test, which saw an Orion spacecraft perform a last-second mission abort while in flight, demonstrated the vehicle’s ability to pull astronauts out of harm’s way if something were to go wrong during a rocket launch. An issue with a rocket can put the lives of space travelers in serious danger, and launch abort systems are designed to mitigate that risk.

The Orion test spacecraft traveled to an altitude of about six miles, at which point it experienced high-stress aerodynamic conditions expected during ascent. The abort sequence triggered and, within milliseconds, the abort motor fired to pull the crew module away from the rocket. Its attitude control motor flipped the capsule end-over-end to properly orient it, and then the jettison motor fired, releasing the crew module for splashdown in the Atlantic Ocean.

A suite of 12 data recorders helped collect data on the launch and abort procedure, and all that information will be closely studied by NASA in order to better understand exactly how well the abort went. That said, initial impressions appear to be very good, and Orion seems to have performed its duty well.

“We’re building the most powerful rocket in the world to send astronauts to the Moon in the Orion spacecraft for Artemis missions,” NASA’s Bill Hill said in a statement. “With this exploration system designed to safely carry humans farther into space than ever before, we’ll also have an equally powerful launch abort system that will pull the crew away if there is a problem with the rocket during the early portion of ascent.”