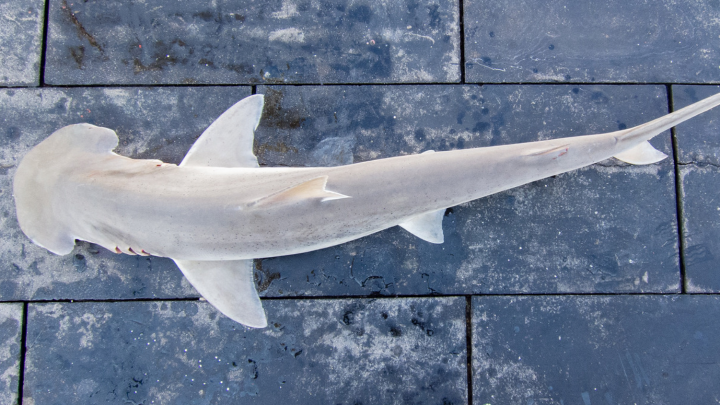 Sharks, the fearsome predators of the deep blue sea, are some of the most deadly animals on the planet. Their teeth are made for tearing meat from bone, and they aren’t shy about sinking their jaws into whatever looks like a tasty, bloody meal. But not all sharks are so blood thirsty, and a new study reveals that at least one species actually eats lots and lots of leafy greens.

While most sharks crave fresh meat, the bonnethead shark, which is a relative of the iconic hammerhead, is actually just fine with salad. In the study, which was published in Proceedings of the Royal Society B, the shark is described as having an affinity for sea grass, and not just as an occasional snack. Up to 62 percent of the shark’s diet is actually made up of the flowing sea vegetation.

The shark species has been known to consume sea grass for some time, but researchers weren’t sure why it was doing so. It was believed that the grass played some role in the animal’s digestion, and that it wasn’t actually absorbing any nutrients from the grass itself.

This latest research puts that claim to rest. By feeding sharks on a grass-heavy diet for three weeks and then analyzing its droppings, the team has proven that the sharks actually use the vegetation for nutritional purposes. The discovery makes the bonnethead shark the first ever known omnivorous shark, which is just plain cool. Along with the sea grass, the sharks like to chomp on squid, shrimp, and crabs.

“Until now, most people thought that seagrass consumption was incidental when these sharks were hunting for crabs, etc. that live in the seagrass beds,” Samantha Leigh, co-author of the work, told reporters. “Bonnetheads have a digestive system that is very similar to other closely-related species that are definitely strictly carnivorous, so the fact that they are acting like omnivores is truly remarkable!”