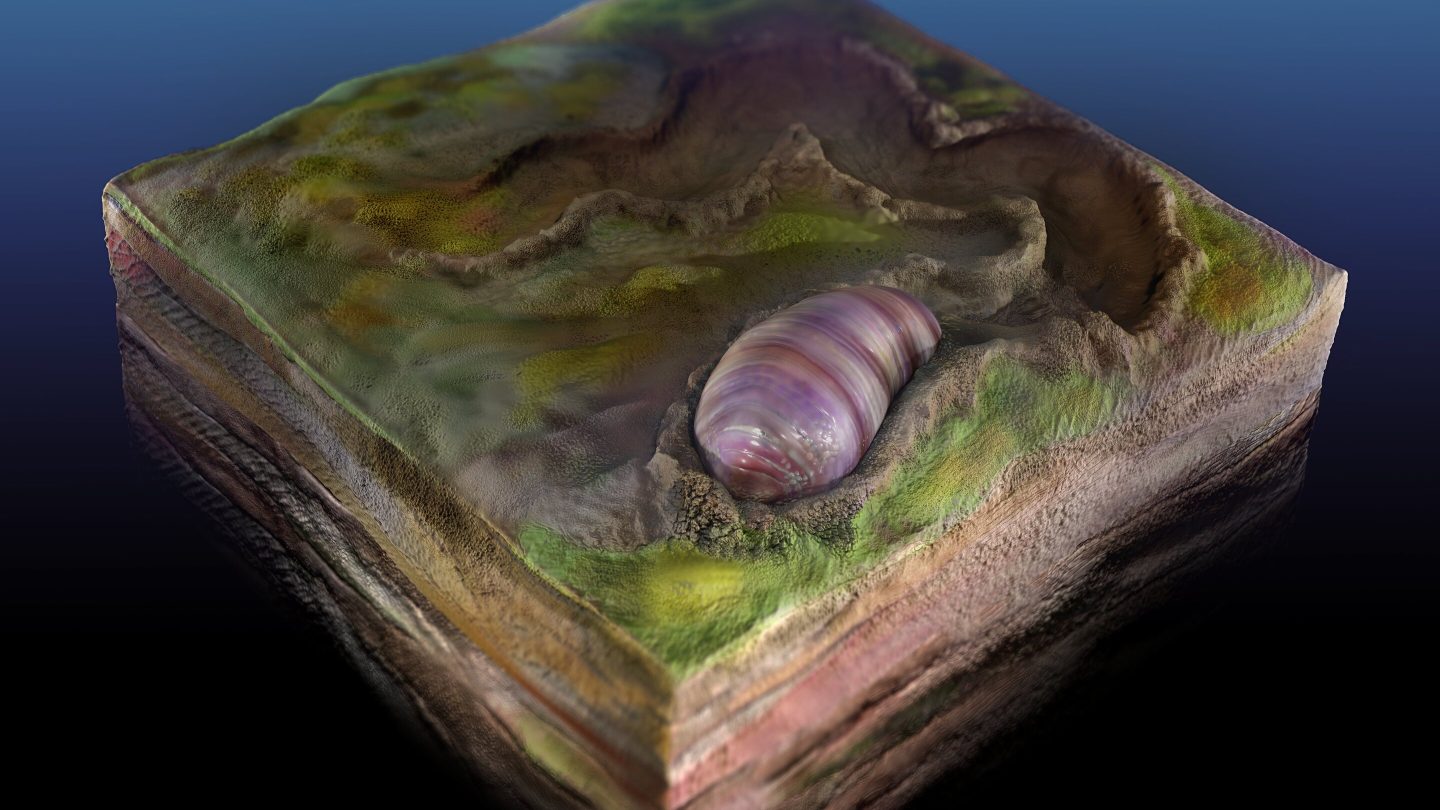 Researchers studying fossils from Australia have discovered what they believe is the oldest known ancestor of all animal life on Earth, including humans. Described as a “tiny, wormlike creature,” it was basically a fleshy little tube that did little more than eat and poop. For some of us, that description might hit a little too close to home.

The discovery, which is the subject of a new paper published in Proceedings of the National Academy of Sciences, reveals some key details about the creature that we can all trace our ancestry to. The worm-ish organism has been named Ikaria wariootia, but what it lacks in a flashy name it makes up for by being, well, almost entirely unremarkable.

This ancient creature lived some 555 million years ago, and evidence of their movements had been discovered as far back as 15 years. However, finding the tiny burrows the pint-sized animals left behind left scientists with the difficult job of figuring out who made them. Without finding fossils of the creatures themselves, researchers leaned heavily on technology to tell them what the animals looked like.

Using 3D scanning technology to create a digital model of the fossilized burrows, the researchers were able to create a lifelike example of the wormy animals that inhabited them. They’re described as being no longer than seven millimeters, and less than three millimeters in width, though they feature a trait crucial to the development of animal life: bilateral symmetry.

It likely had a rudimentary “mouth” as well as a rear opening, both connected to a central gut. It ate and it pooped, but beyond that, there’s not a whole lot we know about it. It was, however, likely our oldest ancestor, and its existence is an important milestone in the history of our planet.

“We thought these animals should have existed during this interval, but always understood they would be difficult to recognize,” Scott Evans lead author of the work, said in a statement. “Once we had the 3-D scans, we knew that we had made an important discovery.”

As for actually finding a fossil of Ikaria wariootia itself, chances are incredibly slim. Bones make great fossil candidates because they can persist for long periods of time, while flesh and tissue break down far more easily. Likewise, the burrows made by these tiny creatures in the soft ocean floor sediment became frozen in time, while the creatures themselves were lost.