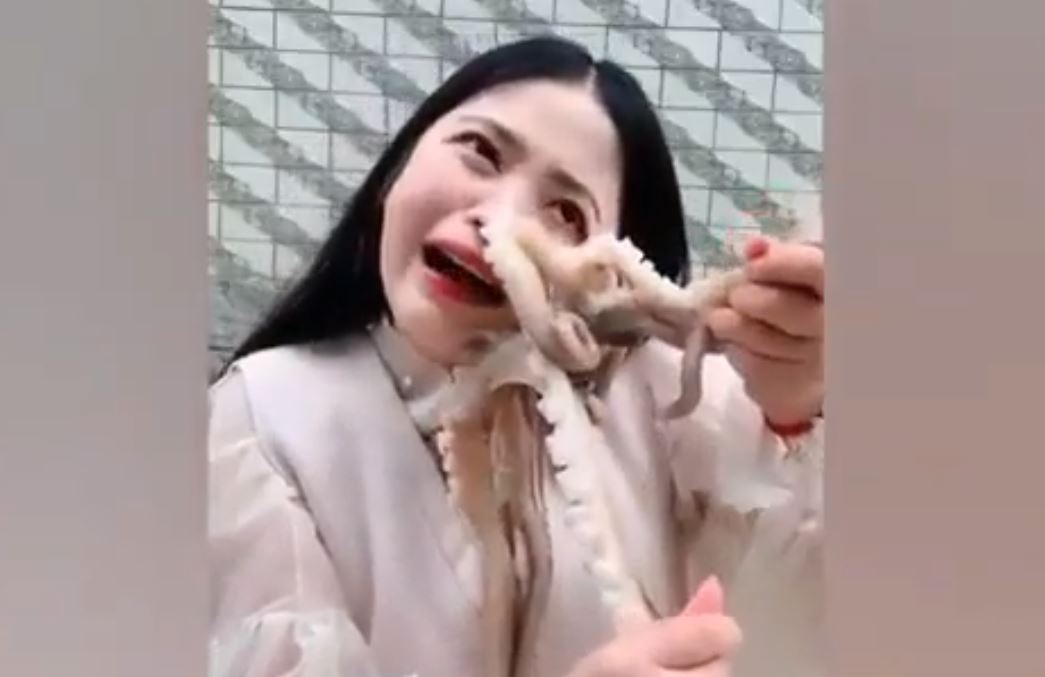 People throw around the word “karma” a lot whenever something bad happens to someone, but it’s hard to find a better example of real, actual karma than this video of a Chinese internet personality being attacked by her would-be meal. The clip, which made the rounds on Chinese social media before spreading on Twitter and elsewhere, falls right into the spot between hilarious and frightening.

In the clip, a girl who apparently goes by the nickname “Seaside Girl Little Seven” online can be seen with a face full of tentacles after the octopus she was trying to eat had other plans.

Eating still-living animals is still fairly common in many cultures, and China is one place where people aren’t too squeamish about chomping on still-wriggling seafood. In this case, the would-be meal fought back.

As Metro notes, the girl is pleading with the octopus to let go, screaming that she can’t remove it and crying that its grip is causing her pain. The experience seems to be quite unpleasant.

It’s clear from the clip that the sea creature means business, and its sucker-equipped tentacles have latched on with some serious might. Once the animal is finally pried from the skin we can see the damage it did, which amounts to little more than a tiny gash and some overall redness.

The angry octopus’s fate was already sealed, but it got one last lick in on its predator before it met its end. Is it scary? Maybe a little. Funny? Oh you better believe it.

At the end of the clip the girl says she’ll successfully eat it in her next video. Hopefully the sea creature has been training and we’ll get to see a Round 2.