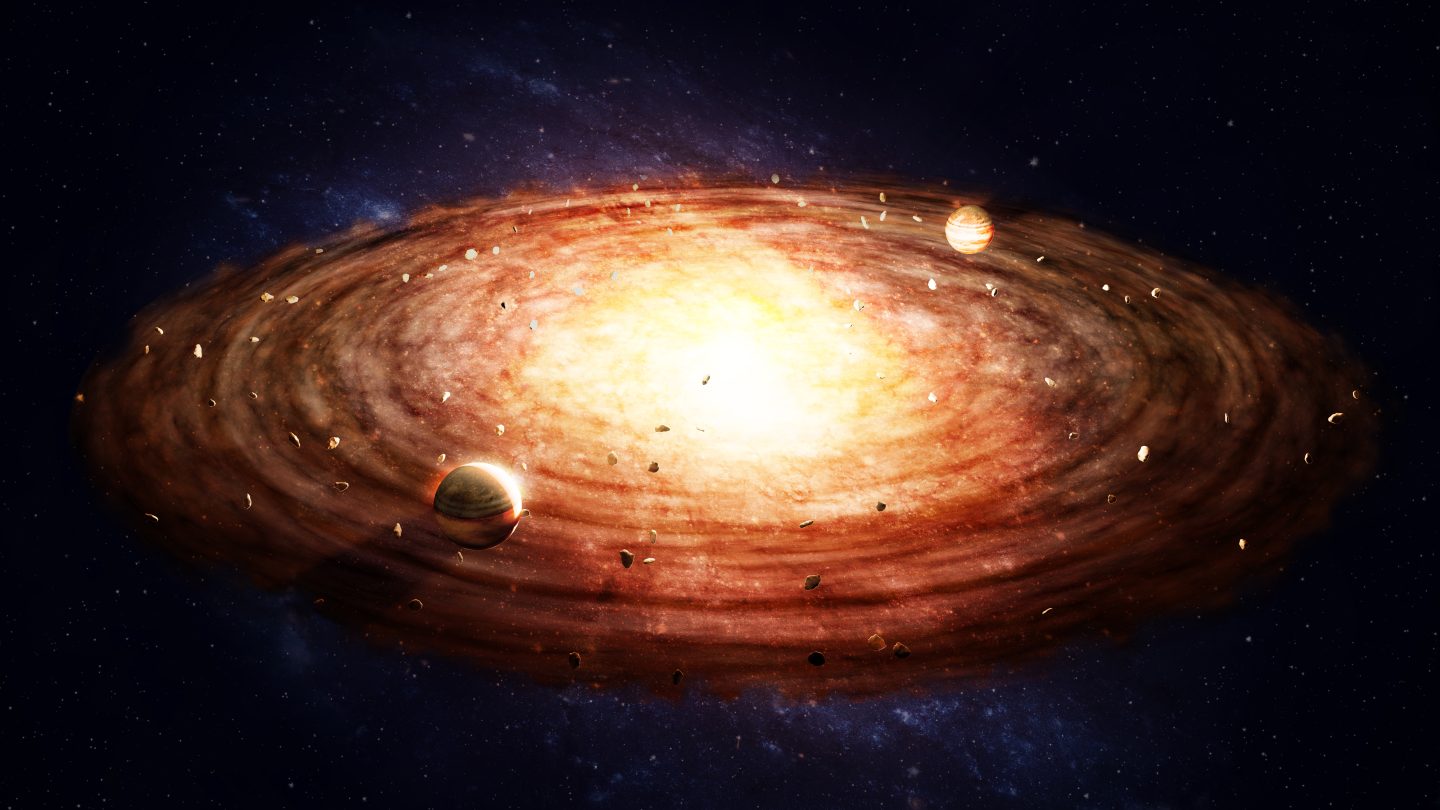 Scientists have been trying to understand more about our solar system and the way it formed for decades. For a long time, many believed that star formation and the formation of planets came at different times, with planets forming well after the stars had been birthed and grown. However, a new study suggests that both planets and stars may form together as they grow.

The study, which was published this month in the journal Nature Astronomy posits that both planets and star formation takes place at the same time, with planets growing up alongside the star they orbit.

“A study of some of the oldest stars in the Universe suggests that the building blocks of planets like Jupiter and Saturn begin to form while a young star is growing,” a statement on the research reads. The researcher, which focuses heavily on data gathered from vaporized asteroids, posits that in order for those building blocks to be present on planets, they would have to form during early star formation.

This notion completely throws everything we thought we understood about how solar systems form on its head – albeit that knowledge was already fairly slim, to begin with. But, with this newfound discovery, we could be looking at a leap forward in understanding how the earliest parts of our universe formed. And even perhaps how star formation plays a part in the types of planets that form around them.

Most of the data used in this study come from white dwarf stars that have become polluted by asteroid debris. Normally, these stars are only made up of helium and hydrogen. However, when an asteroid or other rocky body falls into them, they become polluted by those elements, too. This allowed astronomers to learn more about how star formation and planetary formation work hand in hand.

And, every new white dwarf start that we discover, like that of the oldest solar system in the Milky Way, unlocks more data to help us decode these intriguing truths about our universe.