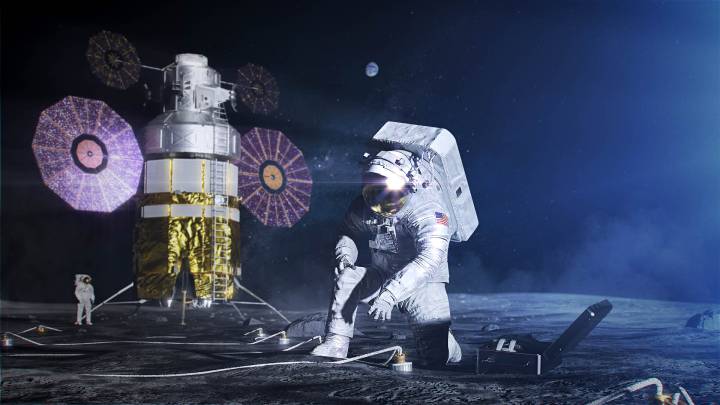 We’re still several years away from seeing NASA send humans back to the Moon, but when you’re planning for a mission as intense as that, preparation takes a long, long time. One of the many things NASA is currently working on is the finalization of its next-generation spacesuit which space travelers will wear during their lunar excursions.

In a new update, NASA talks at length about the work being done to ensure the Exploration Extravehicular Mobility Unit (or xEMU for short) is up to the task of keeping astronauts safe as they’re exploring the surface of the Moon.

The suit itself (pictured in a render above) looks a lot like the spacesuits worn by astronauts who first visited the Moon decades ago, and even more similar to the suits worn by ISS astronauts during spacewalks. NASA explains that while it may look familiar on the outside, it’s what’s inside that counts.

As far as freedom of movement goes, the new spacesuits offer greater flexibility for astronauts. This increased range of motion will make it easier for NASA’s crew to travel over the lunar surface on foot, and will hopefully minimize the need for “bunny hopping,” which is often seen in clips from the Apollo missions.

The hopping motion ended up being the most natural way for astronauts to traverse the low gravity environment of the Moon. It worked okay at the time, but it wasn’t the most efficient way for astronauts to spend their finite energy, and it led to some amusing tumbles. NASA is hoping that things will be a lot different this time around.

Before their missions, NASA’s astronauts will have their suits custom fit to their bodies, with scans of all their movements to ensure that the suit matches them perfectly. Because of its modular nature, the suit is highly customizable, keeping astronauts comfortable and highly mobile during the mission.

As before, the life support systems for the astronauts will be contained in a compact unit that rests on the back of the suit. NASA says that the hardware inside is a lot more advanced than in decades past, with redundant systems that ensure the safety of the astronauts even if one or more components were to fail.

I’ll still be a while before we get to see these new suits in action, but whenever NASA is ready to send humans back to the Moon, they’ll be more comfortable than ever before.