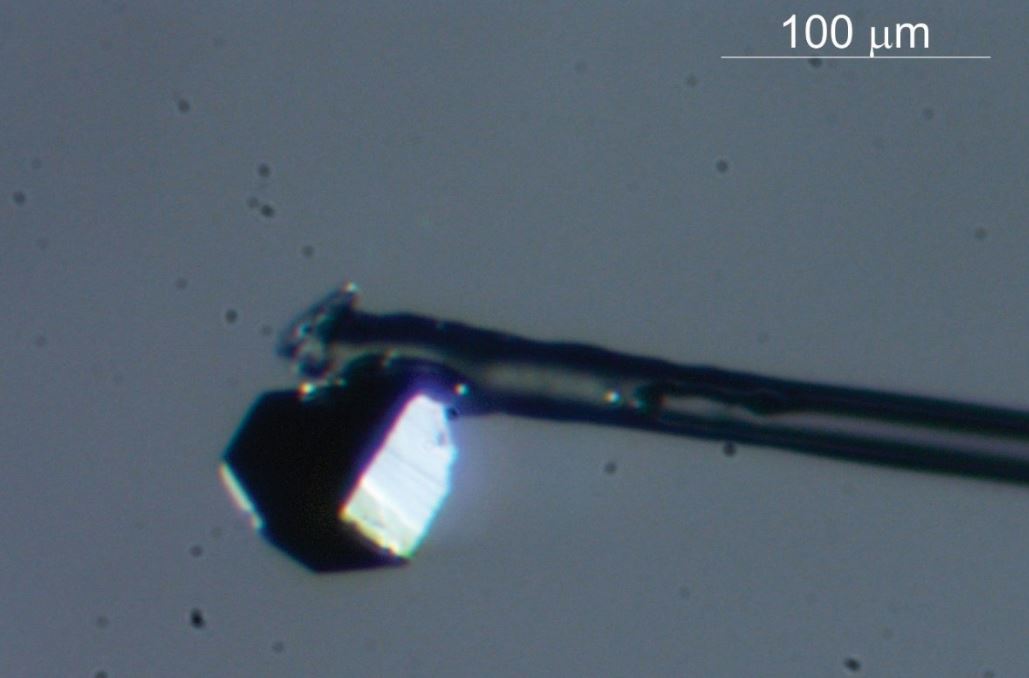 We generally have a pretty solid grasp of what kinds of materials exist in Earth’s crust, but despite centuries of study, sometimes our planet throws researchers a curveball. For one Ph.D. student from the University of Alberta, that curveball took the form of a never-before-seen mineral tucked away inside a diamond at a volcanic site in South Africa.

Nicole Meyer and a team of researchers were the first to identify the mineral now known as Goldschmidtite, a strange combination of elements that could offer a glimpse into the inner workings of Earth’s mantle.

The first documented sample of Goldschmidtite, which is named in honor of legendary geochemist Victor Moritz Goldschmidt, was found sealed away inside a diamond at a volcanic dig site known as the Koffiefontein mine. The elements that make up the mineral make it a real oddity.

“Goldschmidtite has high concentrations of niobium, potassium, and the rare earth elements lanthanum and cerium, whereas the rest of the mantle is dominated by other elements, such as magnesium and iron,” Meyer, first author of a new study published in American Mineralogist, explained.

Studying material deep within Earth’s mantle is incredibly difficult. We can only dig so deep, and that means that researchers have to scour the surface for clues about the processes happening far below our feet. Diamond inclusions — material that is locked away inside a diamond when it forms — can provide an exciting look at what is unfolding deep within the planet.

“Goldschmidtite is highly unusual for an inclusion captured by diamond and gives us a snap-shot of fluid-processes that affect the deep roots of continents during diamond formation,” Graham Pearson, co-supervisor of the team, said.

The discovery might ultimately raise more questions than it answers, but that’s all part of the game when you’re trying to crack Earth’s secrets.