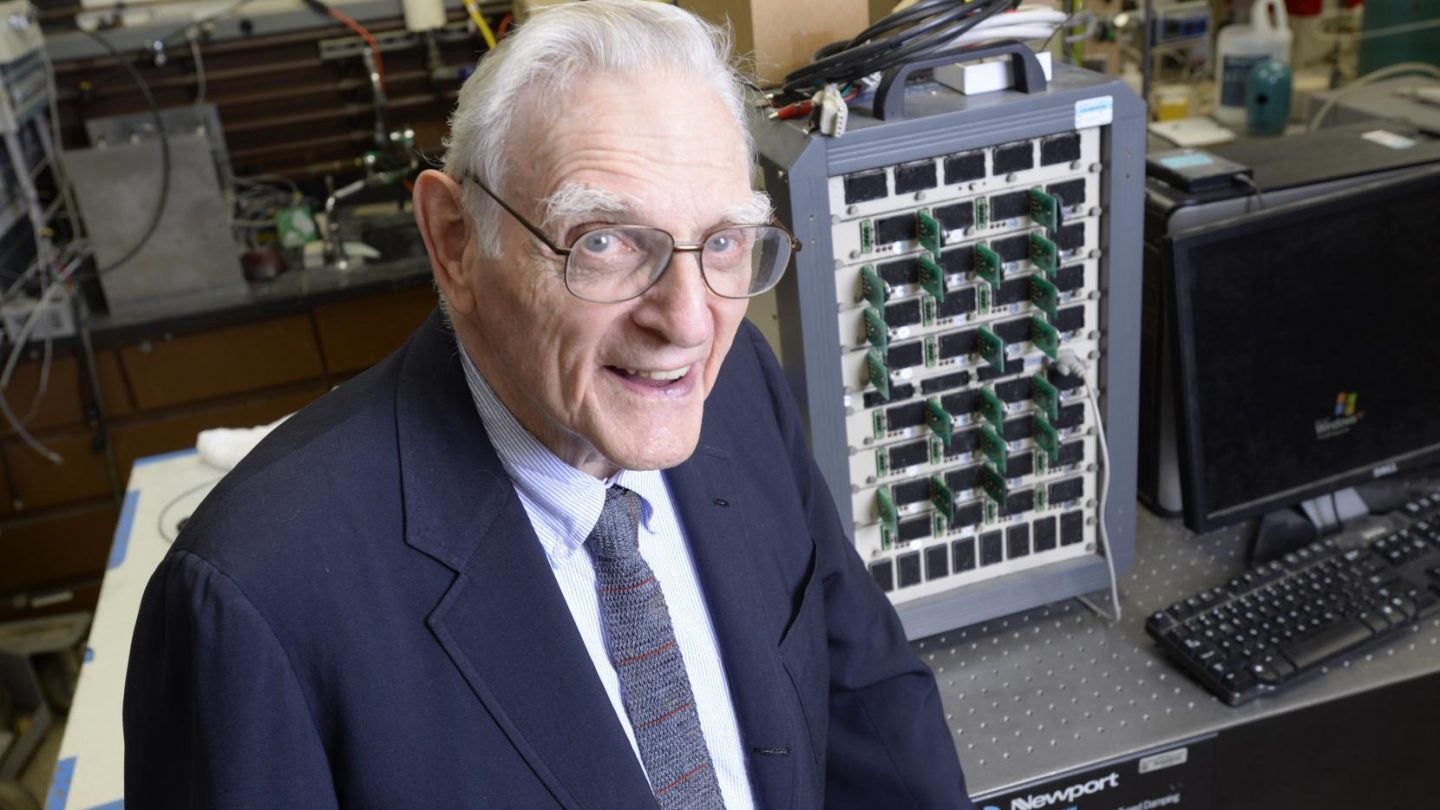 John Goodenough, the physicist widely credited with the invention of lithium-ion battery tech we all use today, has published a paper detailing his latest battery breakthrough. He and his team at the University of Texas have come up with a solid-state battery that can hold three times the charge of a similar-sized lithium-ion pack, charges faster, and isn’t as dangerously volatile as lithium-ion batteries. If true, it will be the biggest breakthrough in battery technology since the lithium-ion pack first came out.

Being responsible for two revolutions in energy storage would be remarkable enough on its own, but Goodenough is managing to do all this at the ripe age of 94. He sees the potential that better batteries have not just for making smartphones last longer, but revolutionizing methods of transportation. “Cost, safety, energy density, rates of charge and discharge and cycle life are critical for battery-driven cars to be more widely adopted. We believe our discovery solves many of the problems that are inherent in today’s batteries,” he said in a press release.

Goodenough’s new solid-state battery uses glass rather than liquid electrolytes. That brings with it a number of advantages: sodium can be substituted for lithium in the anodes, which is much cheaper and easier to find. The glass is more resilient than a liquid electrolyte, and should hopefully put an end to batteries bursting into flames.

Claims to have invented the next big thing in battery tech come along once a month, but Goodenough’s involvement here is enough to give it at least a second look. Normally, the difficulty is scaling this kind of technology from the lab to full production: a glass-electrolyte battery may well work, it just needs to be cheap and reliable to produce.

The design has been patented through the UT Austin Office of Technology Commercialization, and that office is now reportedly negotiating license agreements with outside partners, the short-term plan being to test the battery tech for electric cars and energy storage. In other words: look for glass batteries in your car first, not the next iPhone.