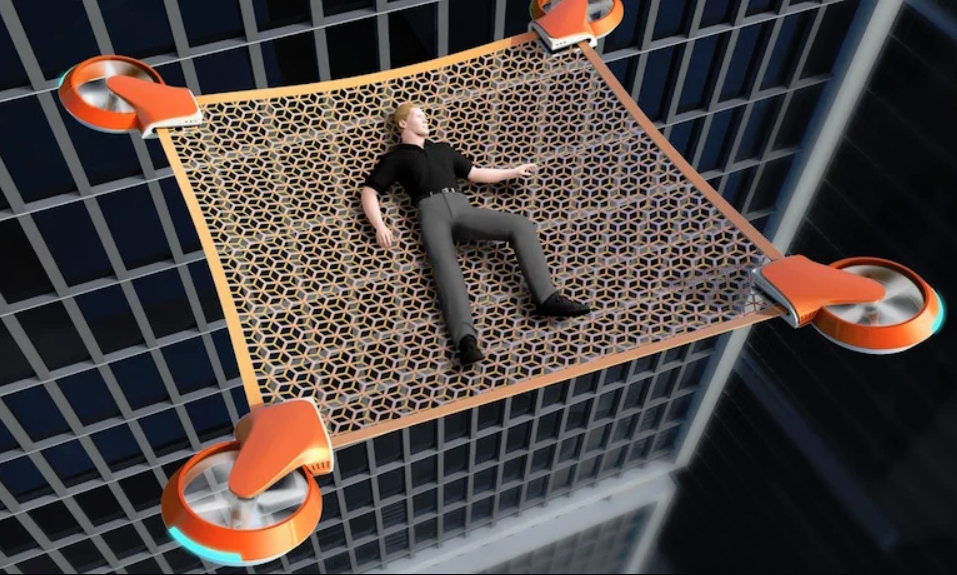 Drones have become a popular toy for hobbyists and in some cases vital tools for various professions, but could they ever save your life? A group of design students in China think so, and they’ve developed a concept they call “Net Guard” that turns drones into life-saving guardian angels.

The idea here is that a single quadcopter-style drone will expand to reveal a net. The individual sections fly in formation, and the net could then be used to transport people who are trapped in high places, such as burning buildings.

Before we dive too deep into the “what ifs” of this concept, let’s see it in action. The students made up a video to show off their idea. Check it out:

So, there’s a number of questions that would need to be answered here, but top of the list is the power of the drone itself. Hobby drones can’t reliably lift, well, pretty much anything, so we’re talking about an incredibly powerful drone here. It’s safe to say nothing like this has ever been attempted before, so it would be a huge hurdle.

Not far down the list of concerns would be the capability of the drone to remain airborne after it has a passenger. Quadcopter drones are relatively stable because their propellers are arranged in a static, rigid frame. Stretching a net between the corners adds several layers of complexity, and that’s to say nothing of the adjustments each corner would have to make in order to remain in the air after a person has landed in the center.

The concept is obviously very cool, and the students should be commended for their imagination. They’ve already won a $13,000 prize for their idea, but turning it into reality is a monumental undertaking.