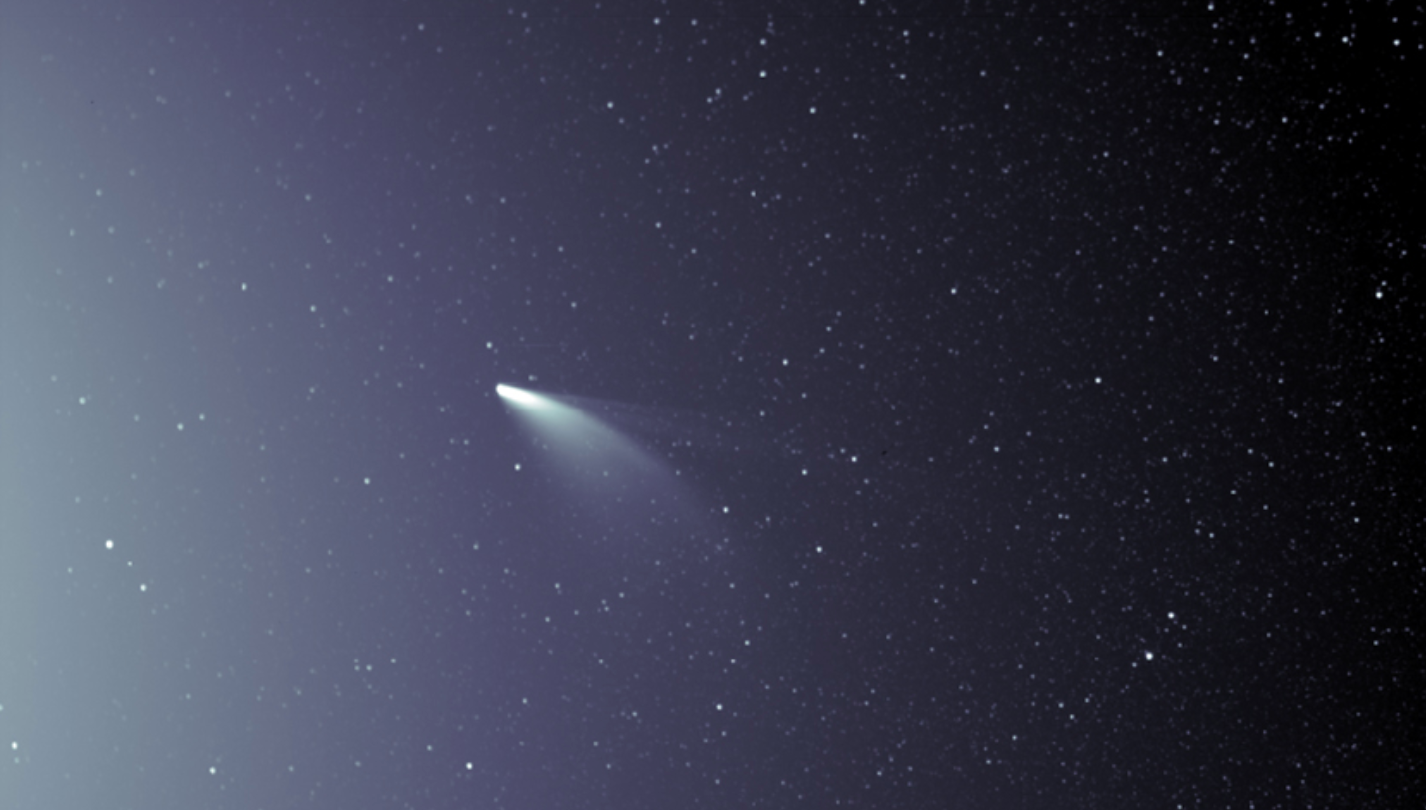 A comet near Earth is giving skywatchers plenty of reasons to gaze toward the heavens this month. The comet, called C/2020 F3, was spotted by the Near-Earth Object Wide-field Infrared Survey Explorer (NEOWISE) satellite and has been nicknamed NEOWISE as a result. It was first spotted headed toward the Sun but after it made its loop around our star it became much bright, and can now be seen from Earth.

That also means that it can be seen from the International Space Station, and the high-resolution cameras the orbiting laboratory has mounted on its exterior provide a glorious glimpse of the comet as it breaks the horizon. YouTuber Seán Doran took it upon himself to convert time-lapse images from the space station and convert them into a realtime video that you can enjoy in ultra-sharp 4K resolution.

The video, which is seven minutes in length, shows the Earth appearing to rotate, but that’s just the Space Station making its way around the planet as it cruises at nearly five miles per second. Eventually, you’ll notice a small dot creeping over the horizon and its iconic tail. That’s comet NEOWISE speeding through space and leaving dust and gasses in its wake.

It’s a stunning glimpse of both Earth and its tiny visitor, and it’s great that the ISS cameras were able to capture NEOWISE during its trip back from the Sun.

When the comet was first detected it was very difficult to spot. After it made its way around the Sun it got a whole lot brighter, stunning some astronomers who were shocked to see that it was visible with nothing more than a pair of binoculars. Eventually, the comet became visible to the naked eye, and while it won’t be close enough to see for much longer, we have plenty of awesome images of its flyby to enjoy for years to come.

Comets like NEOWISE are some of the most interesting objects in our solar system. Chunks of ice and rock that have orbited the Sun for ages and are constantly shedding their gasses and dust due to being heated by the light from our star. The fact that NEOWISE became much brighter after it took its trip around the Sun is no coincidence; NEOWISE was heated by the intense energy of the Sun and, when we saw it again, it was bursting with brightness, spewing more material than had previously been observed.