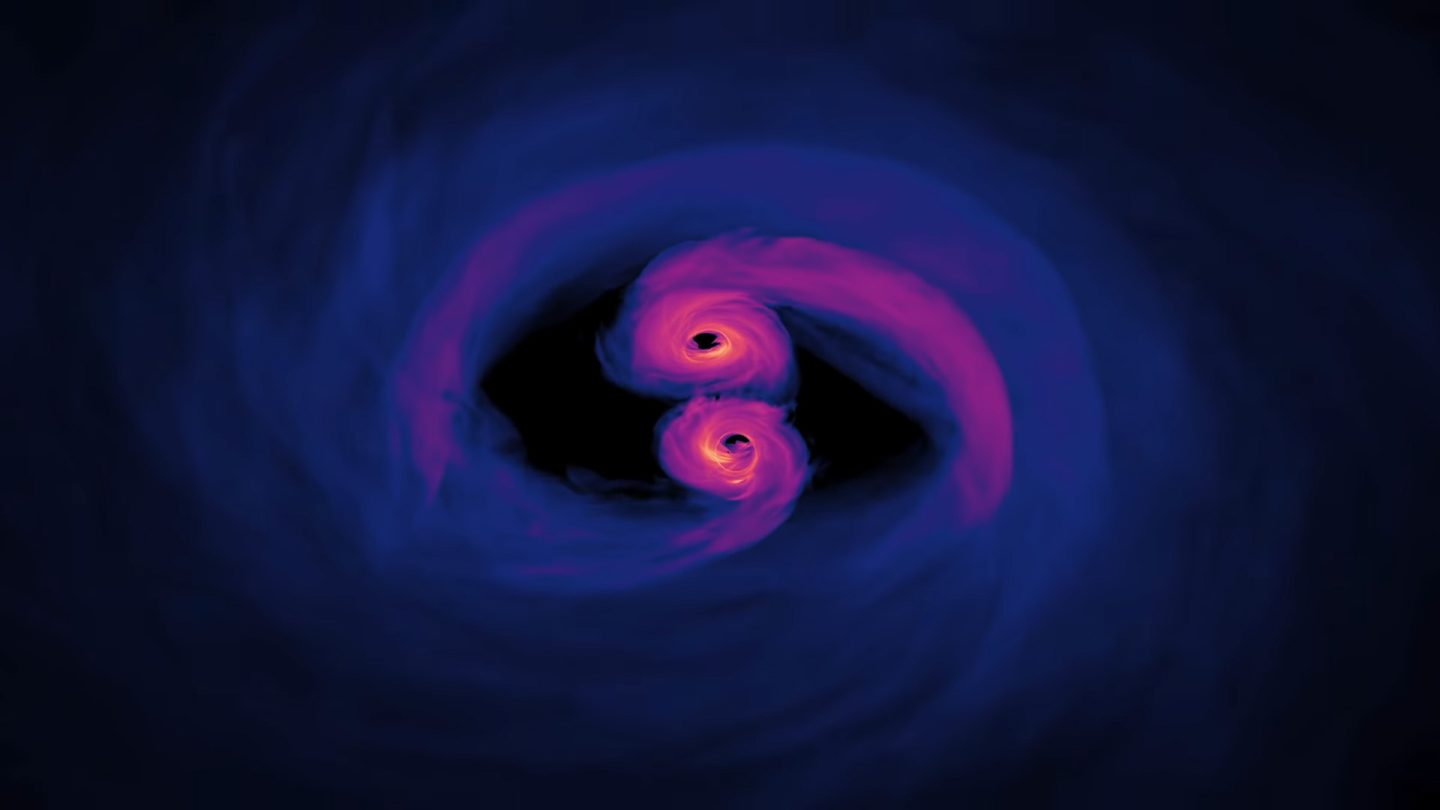 Galaxies merge, and when they do, the black holes at their centers often merge, too. At least, that’s what we’ve always believed. According to new observations and data from the Atacama Large Millimeter/submillimeter Array (ALMA), dual black holes may be dining near each other in a nearby galaxy merger.

The supermassive black holes are believed to be growing simultaneously near the center of the newly connected galaxy. These hungry giants are closer than any other binary black holes that scientists have observed, with just 750 light-years between them. Further, the observations gathered here may suggest that binary black holes are more common than we thought.

The results of the observations and research were published in The Astrophysical Journal Letters. They were also presented in a press conference at the 241st meeting of the American Astronomical Society (AAS) in Seattle, Washington. It’s the fact that these binary black holes do not appear to be moving toward one another that is surprising.

In the past, I’ve reported on black hole mergers and how scientists have observed them. But, seeing these dual black holes dining on the remnants of the galactic merger side by side is something new entirely. This isn’t the first time that black holes have left scientists scratching their heads, either. Back in 2019, they discovered a galaxy with three supermassive black holes.

It’s unclear if these dual black holes will continue to dine nonchalantly beside one another, or if the two will end up in a dance that ultimately results in their own collision and merger. Either way, it seems scientists are going to have their eyes on this region of space for the next little bit, at least to get a better idea of what is happening here.

Until then, we can at least revel in the fact that astronomers have not only given us photos of black holes, but have also allowed us to hear the haunting sounds of the black hole.