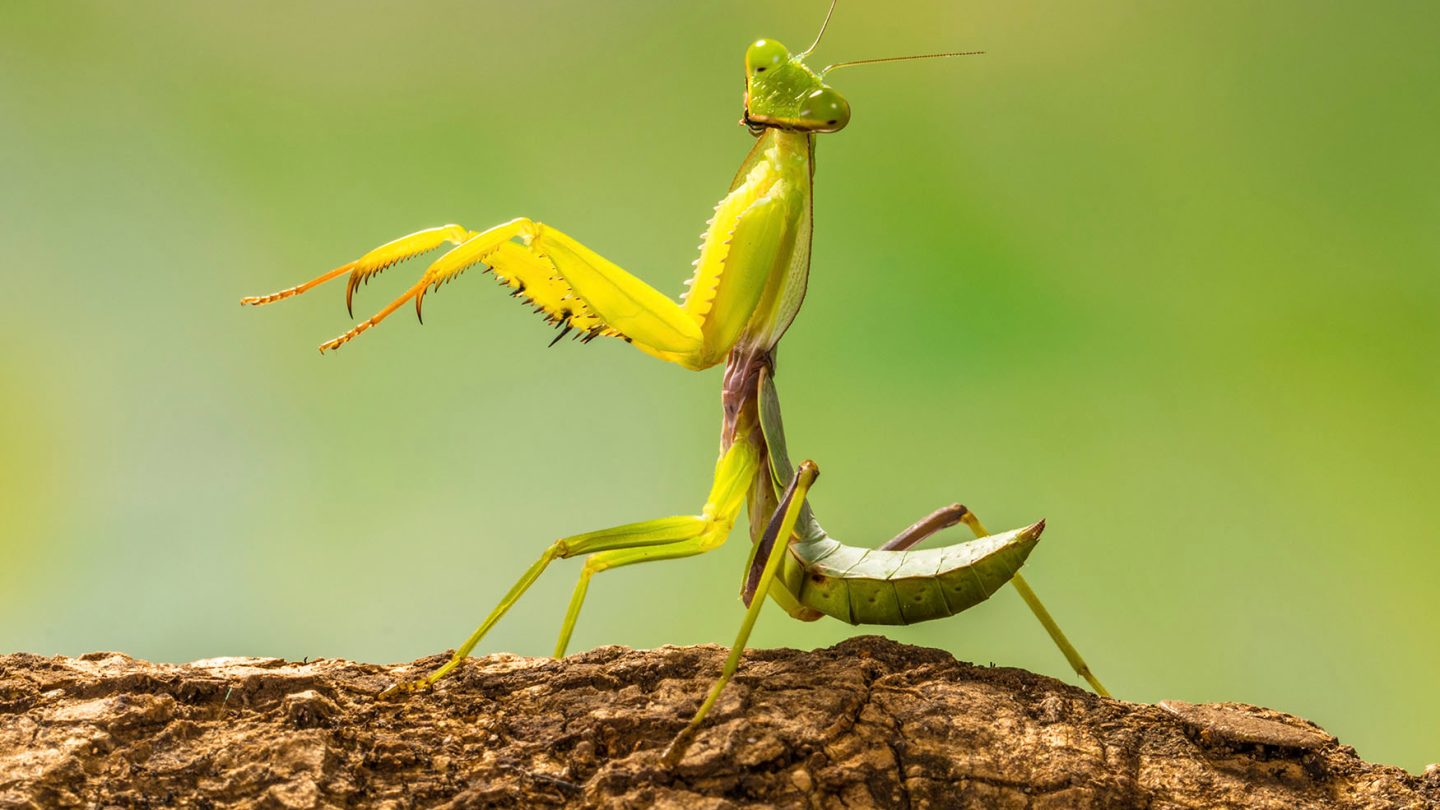 Sex is the reason we’re all here today. If it wasn’t for reproduction, well, life wouldn’t exist now would it? Most of the time, mating between two members of a species results in one or more offspring, as the two maters go on with their lives. Not so in the mantis world, where females are notorious for killing and eating their male sexual partners immediately after the act is completed.

This is true of most species of mantis, but the males of one species, in particular, the springbok mantis, seem to be able to avoid death in many cases. How exactly do they do this? That’s exactly what scientists wanted to figure out, and the answer is actually pretty interesting.

In a new paper in Biology Letters, researchers explain how they studied the pre-mating and mating habits of the springbok mantises by setting up what amounts to a sexual “deathmatch” of sorts. In doing so, the scientists appear to have revealed the technique by which males of the species can successfully mate and not being unceremoniously killed in the process.

It all comes down to the moments when the two mantises first meet. “We find that most initial contacts between males and females involve a violent struggle whereby each sex tries be the first to grasp hold of the other with their raptorial forelegs,” the researchers write. “When females win the struggle, they always cannibalize males. However, when males grasp females first, they dramatically increase the chance of mating.”

When this happens, the male effectively holds the female at bay, pinning her down, mating with her, and then escaping with his life. However, there’s more to the story here, as the struggle between the two bugs can actually result in potentially serious injury to the female.

“On some occasions, males wound females with their fore-tibial claws during struggles, resulting in haemolymph loss and scar tissue formation,” the paper reads. “Taken together, our results show how males can overcome the threat of cannibalism by coercively wrestling females. We argue that pre-copulatory injury in this species is likely to be a negative pleiotropic side-effect of coercive mating behaviour and foraging morphology.”

It might seem absurd for the male to both mate with and then injure the female, as any injury to the female could decrease the chances of her living long enough to bear offspring. As the scientists note, this may just be an unfortunate “side-effect” of the males trying to live through their mating experiences.