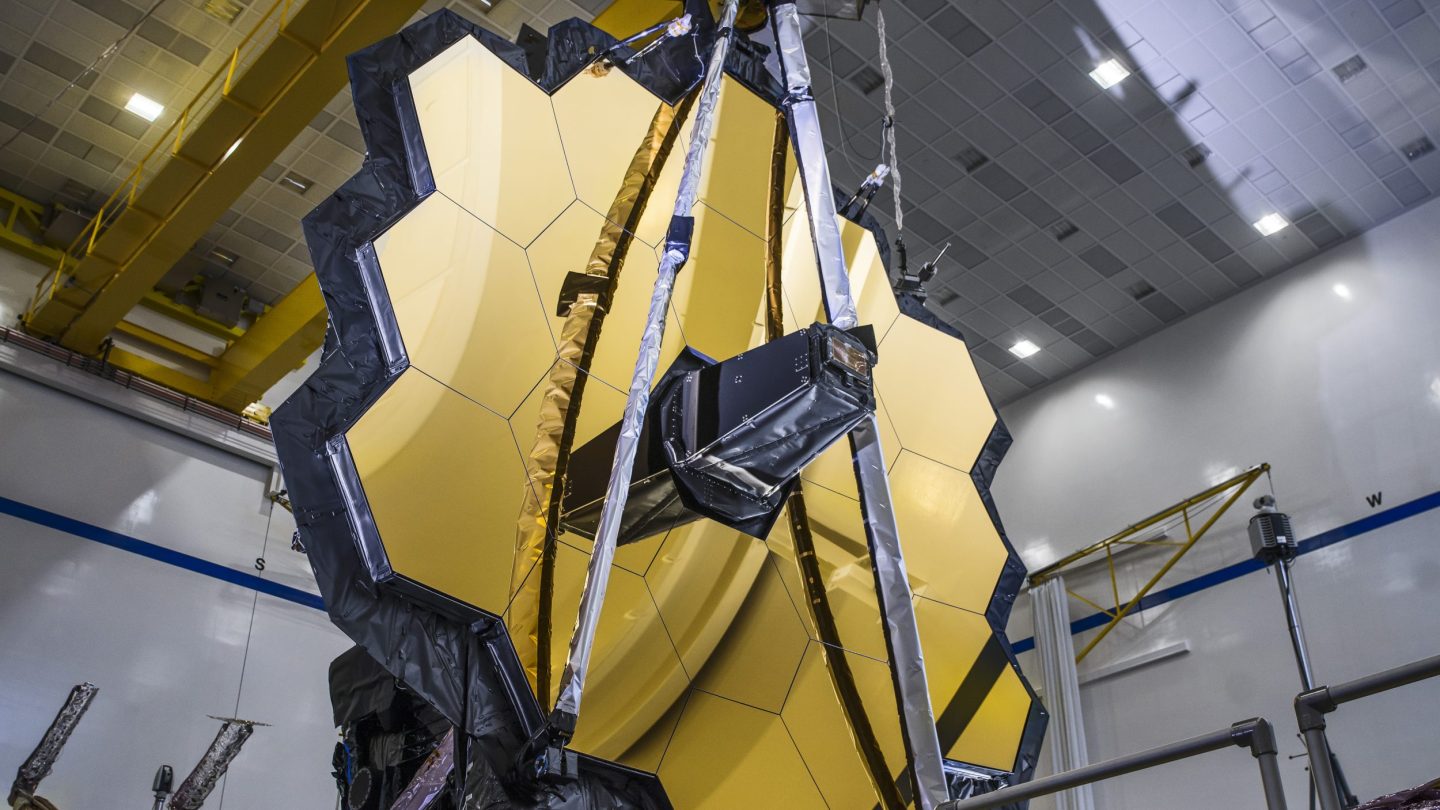 NASA’s James Webb Space Telescope has seen far more than its fair share of delays since being formally announced. The spacecraft is so far over budget and behind schedule that it’s almost comical, and much of the blame rests with the company that NASA hired to build much of the telescope, Northrop Grumman.

However, despite its continued problems, the telescope is slowly coming together. A new update from NASA shows the telescope finally stretching its legs… er, well, stretching some of its moving parts, at least. A recent test demonstrated the ability of the telescope to fully deploy its shiny new mirror, which is one of the first things it’ll have to do after being sent to space, and before it can actually gaze deep into the cosmos.

To say that the construction of the telescope has been a colossal trainwreck would be a massive understatement. Northrop Grumman has repeatedly dropped the ball and NASA officials and lawmakers have had to repeatedly demand an explanation from the company as to why the telescope isn’t already done. Investigations have shown that a bunch of stupid human errors — using the wrong fasteners and the incorrect solvents — forced work to be undone and caused huge delays.

Meanwhile, the company is demanding more and more money to complete the project. The original budget for the spacecraft was a mere $500 million. That has slowly crept up over the years, and by 2010 the telescope was already projected to cost an incredible $6.5 billion. Today, the latest budget plan puts the telescope at $9.88 billion, and we wouldn’t be surprised to see it top $10 billion by the time all the dust settles.

But it’s not just an incompetent contractor that NASA has to worry about now; a global health crisis is sweeping around the globe. The novel coronavirus has already forced NASA to shut down many of its centers and ask all but the most mission-critical employees to work from home. Some projects have not yet been affected by this, like the Mars 2020 mission, but NASA admitted that it was possible that the James Webb Space Telescope might ultimately suffer as a consequence.

“The evolving novel coronavirus COVID-19 situation is causing significant impact and disruption globally,” NASA writes in a new update. “Given these circumstances, Webb’s Northrop Grumman team in California has resumed integration and testing work with reduced personnel and shifts until the Deployable Tower Assembly set up in April. The project will then shut down integration and testing operations due to the lack of required NASA onsite personnel related to the COVID-19 situation. The project will reassess over the next couple of weeks and adjust decisions as the situation continues to unfold.”

As of now, the launch of the telescope is still slated for 2021, but believing any date assigned to this particular project is a fool’s errand. We’ll have to wait and see, but let’s not hold our breath on this one just yet.