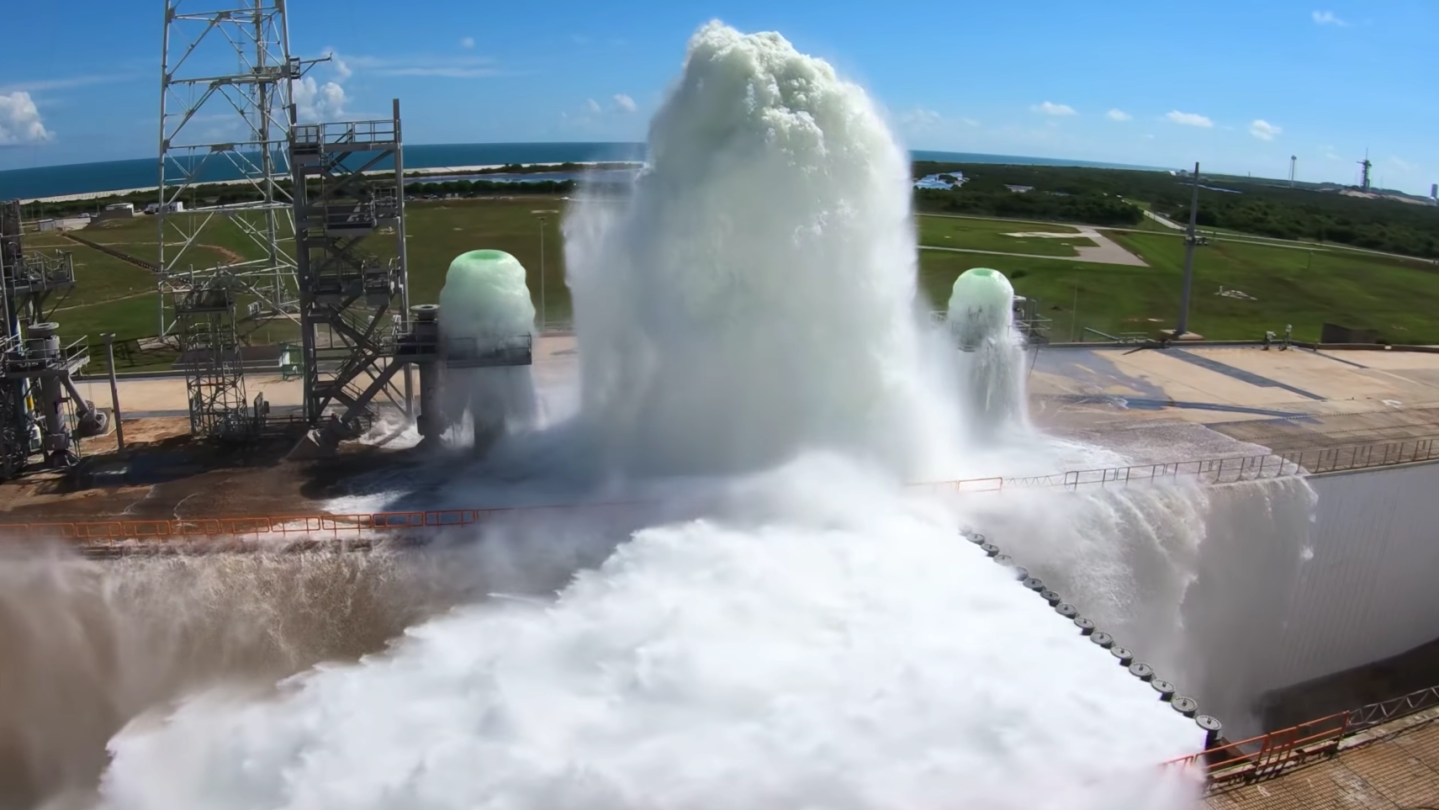 Once a rocket leaves the launch pad, all eyes turn skyward, but the technology that keeps launch sites working at their peak efficiency is pretty darn interesting in its own right. In a new video posted to YouTube, NASA shows off its insanely powerful water system that will keep things cool during the upcoming launches of the Boeing-built Space Launch System.

What you’re seeing is roughly 450,000 gallons of water being pumped out in about a minute. It’s called the Ignition Overpressure Protection and Sound Suppression system, and NASA uses it to keep the launch pad at a manageable temperature even as its being blasted by a rocket.

As NASA notes in the video’s description, the test was performed at Launch Pad 39B at Kennedy Space Center. The water was pushed around 100 feet in the air before spilling back into a large trench where it travels back to holding ponds.

In this case, the water spewed upward because the rest of the hardware isn’t fully connected yet. When the launcher is in place, the water will actually flow through a network of pipes and nozzles rather than spewing out like a geyser. Along with helping to dissipate the heat generated during the rocket firing, the water also helps absorb some of the intense noise that the rocket will generate.

NASA says that this latest test is yet another big step towards the eventual launch of the Space Launch System on its first major test, Exploration Mission-1, which is expected to take place sometime around mid-2020. That’s still a long way off, but getting into space takes time, especially when a new launch vehicle is part of the deal.