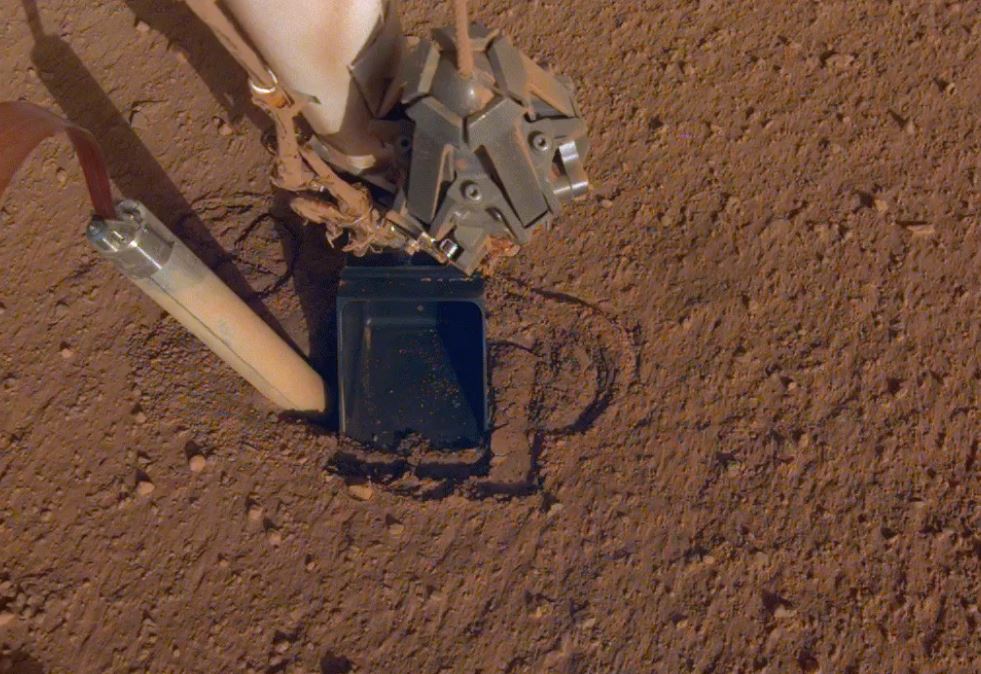 NASA’s InSight lander is really starting to give scientists a headache. Most of the lander’s high-tech sensors and systems are working just fine, and it’s already returned some interesting data on rumbles that researchers suspect are “Marsquakes,” but one instrument, in particular, is failing to meet expectations.

The self-hammering “mole” probe which was supposed to dig deep within the planet to return temperature data has been unable to dig as deep as it’s designed to. In fact, it hasn’t even gotten close to reaching its maximum depth of 16 feet, only managing to push itself about a foot into the surface before stalling out.

InSight’s mission team initially believed it was simply failing to get a grip on the looser-than-expected Martian soil. To solve that problem, the lander removed a protective shroud from around the mole and used its robotic arm to pin the mole against the side of its hole. This gave it a bit more traction and, for a moment, it appeared to work.

Unfortunately, after digging itself about an inch deeper, the mole was pushed back out of the hole. As NPR reports, the InSight team thinks it knows why that happened, but it didn’t make it any less disappointing. Troy Hudson, an instrument system engineer on InSight, explained that the hole likely filled up with loose material after the lander’s robotic arm backed off from its pinning technique.

Hudson, who said he was “very distraught” when he saw that the progress the mole made had been undone, says the team is now using the lander’s arm to physically push the mole into the hole. However, that will only work for so long, and once the mole’s body is completely beneath the surface they’re going to have to invent a new way to ensure it continues to dig.