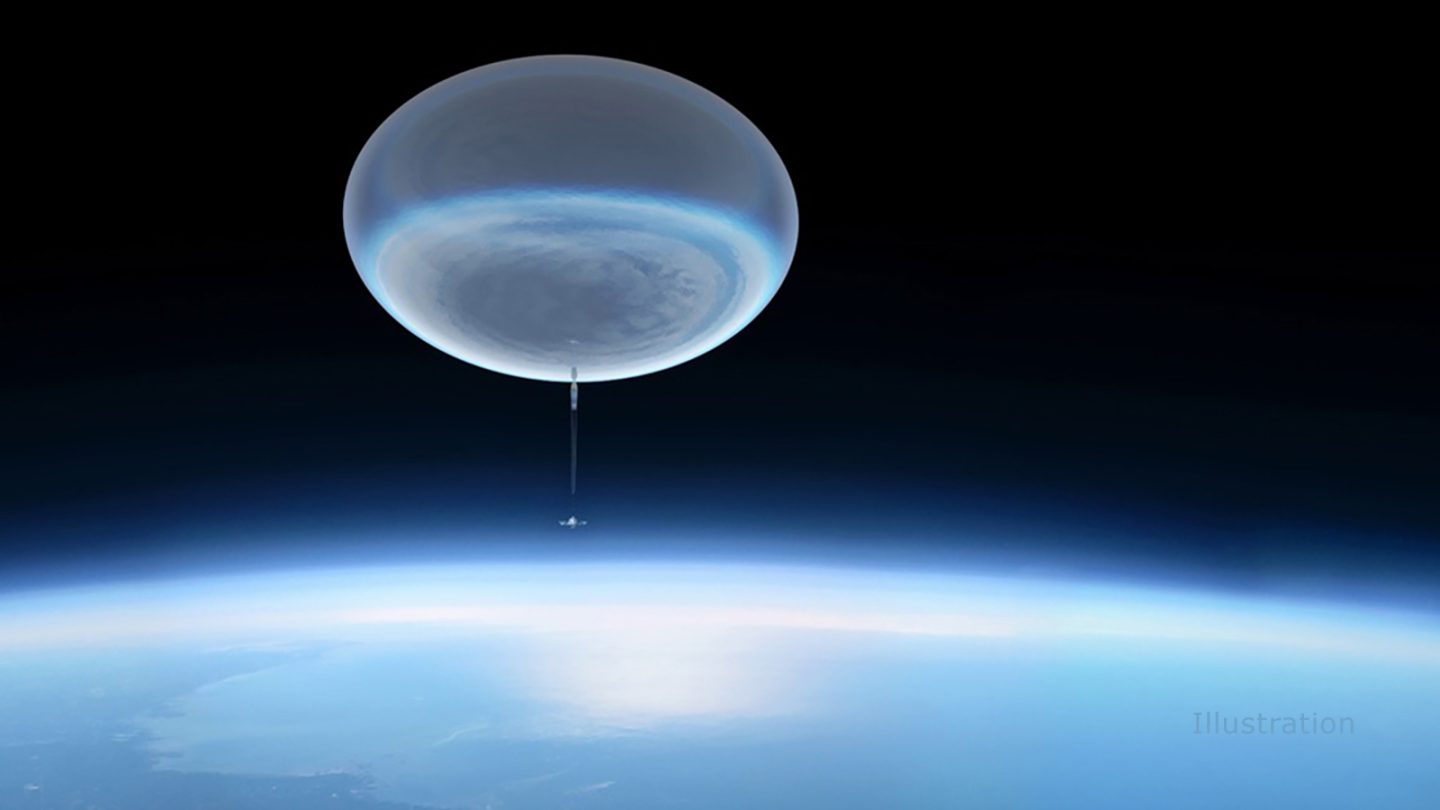 Sending an observatory into space is typically handled by a rocket. You cram the spacecraft into a payload bay, fire it into space, and then deploy it in orbit around Earth. For NASA’s ASTHROS observatory, the space agency has come up with an entirely different strategy for getting its hardware to the edge of space: a very, very large balloon.

ASTHROS — which is short for Astrophysics Stratospheric Telescope for High Spectral Resolution Observations at Submillimeter wavelengths — includes some high-tech instruments for observing space, but first, it has to break free of much of Earth’s atmosphere. To make that happen, NASA’s Jet Propulsion Laboratory is designing a balloon that stretches 400 feet wide, which is roughly the size of a football stadium.

The mega-balloon will carry ASTHROS to an altitude of nearly 25 miles. As NASA explains, that’s right in a sweet spot between the upper limit of commercial aircraft and the edge of space itself:

ASTHROS observes far-infrared light, or light with wavelengths much longer than what is visible to the human eye. To do that, ASTHROS will need to reach an altitude of about 130,000 feet (24.6 miles, or 40 kilometers) – roughly four times higher than commercial airliners fly. Though still well below the boundary of space (about 62 miles, or 100 kilometers, above Earth’s surface), it will be high enough to observe light wavelengths blocked by Earth’s atmosphere.

The mission will see the balloon carry the observatory around the South Pole where it can peer into space, using its far-infrared instruments to capture light and make new observations. NASA’s Jet Propulsion Laboratory believes the balloon will be capable of keeping the hardware flying high for up to 28 days, which would allow it to circle the South Pole up to three times.

“I think it’s understood that stellar feedback is the main regulator of star formation throughout the universe’s history,” Jorge Pineda, principal investigator of ASTHROS at the Jet Propulsion Laboratory said in a statement. “Computer simulations of galaxy evolution still can’t quite replicate the reality that we see out in the cosmos. The nitrogen mapping that we’ll do with ASTHROS has never been done before, and it will be exciting to see how that information helps make those models more accurate.”

Once the mission is over, the team will remotely detach the balloon from the gondola holding the ASTHROS hardware. When the gondola detaches, a parachute will be activated that will provide the sensitive hardware with a relatively soft landing. The scientists will then recover the machine and make any repairs or changes that are needed before sending it back into the sky again.