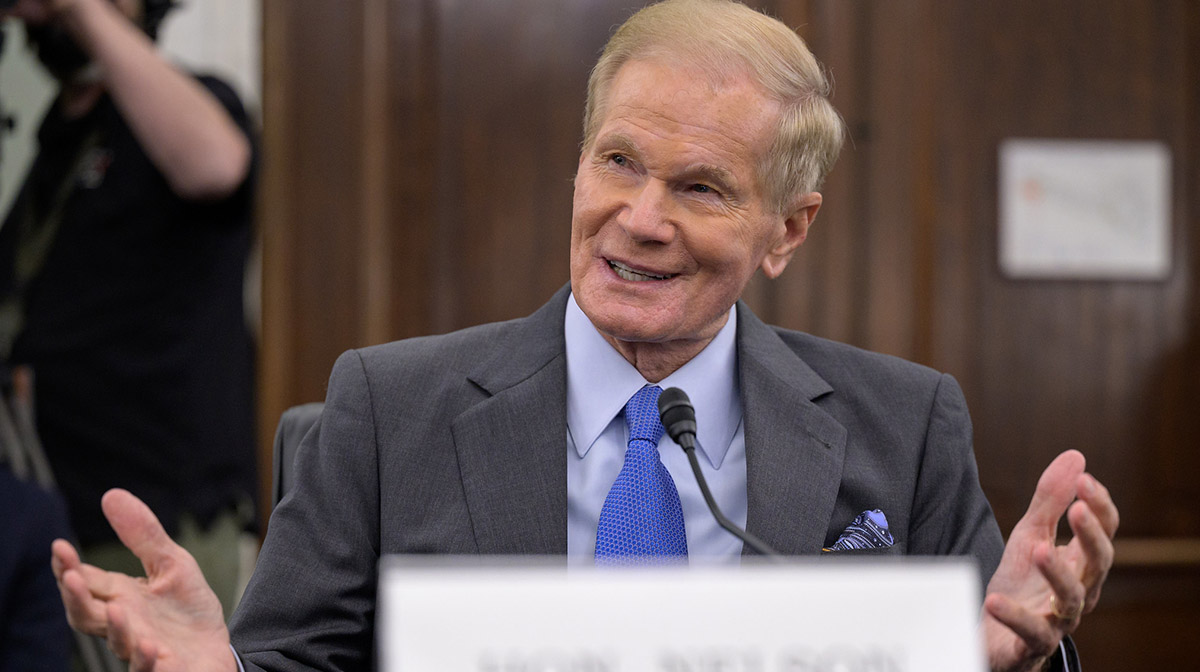 As is often the case when a new presidential administration takes the reins, the election of President Joe Biden meant that NASA was almost certainly going to need a new Administrator. The position had been filled by Trump-appointed politician Jim Bridenstine for the previous four years, but Bridenstine made it clear after Biden’s election that he was planning on stepping down. That’s just as well, as it’s highly unlikely that the Biden administration would have asked him to stay. In any case, after the inauguration, Steve Jurczyk took over NASA as Acting Administrator while the eventual pick was made. Now, after being sworn in on Monday, former Senator Bill Nelson will leave his post in Congress and take over NASA going forward.

Nelson was sworn in by Vice President Kamala Harris and will begin work immediately. The event was attended by Nelson, Harris, Nelson’s family, as well as former NASA Administrator Charles Bolden, who served under President Barack Obama. Jim Bridenstine was also there… kinda. He joined via a video call to participate and congratulate Nelson.

Nelson has a long history of serving the United States in various capacities. Prior to becoming NASA Administrator he occupied a Senate seat for the state of Florida, was a payload specialist for NASA and flew on the space shuttle Columbia in the mid-1980s, and was a captain in the U.S. Army. Those are some pretty stellar credentials, and his close work with NASA over the years makes him a very solid choice for the Administrator role.

“It’s an honor to be sworn in by Vice President Harris to serve as NASA administrator, and I look forward to a continued, strong relationship with her as chair of the National Space Council,” Nelson said after being sworn in. “I want to thank Steve Jurczyk for his leadership as Acting Administrator over the past few months, helping to carry out the Biden-Harris Administration’s priorities and ensure the success of NASA’s goals and missions. You’ve seen the incredible accomplishments at NASA over the past 100 or so days – the proof is in the pudding.”

Indeed, NASA has had a very busy start to 2021. The space agency is working on a number of big projects including the Perseverance rover mission on Mars, the Ingenuity Mars helicopter, the Commercial Crew Program with SpaceX and Boeing, and of course the whole “let’s go back to the Moon” thing. With all that (and lots more) in the works, Nelson is going to have plenty to keep him busy as he starts his tenure as NASA Administrator.

Speaking of NASA’s return to the Moon, it’s worth noting that the timeline for that mission and the work leading up to it could change dramatically now that there’s a new administration in town. NASA has made significant progress toward the goal of a Moon return by 2024, but the pandemic also set them back, so it’ll be interesting to see how Nelson addresses that going forward.