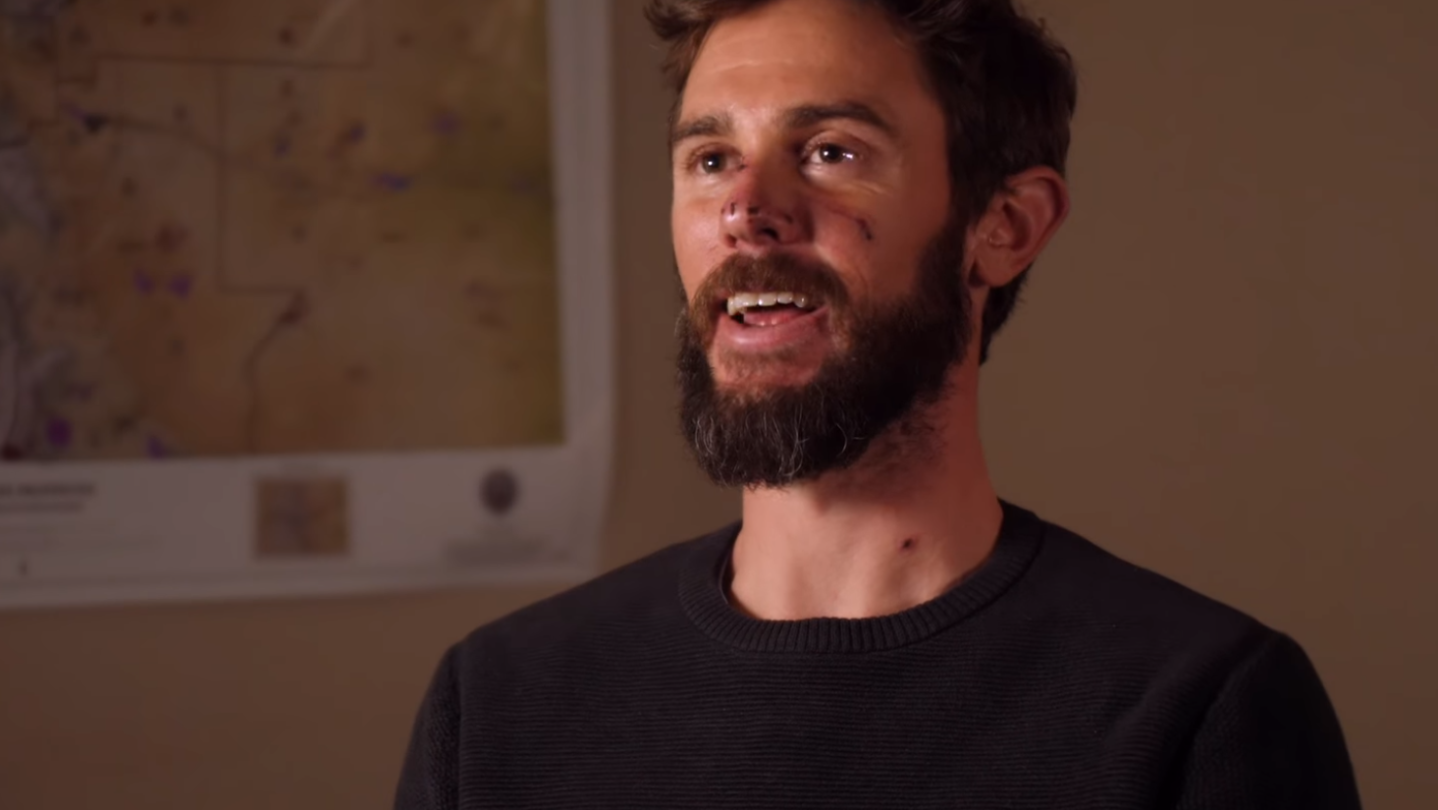 Last week, news broke of a then-unidentified man who was forced to defend himself against a mountain lion when it attacked him on a recreational trail in Colorado. He’s spent the time since the attack recovering from his injuries, and he’s now come forward and identified himself as Travis Kauffman.

Kauffman’s tale of how he dispatched the feline predator with his bare hands is rather dramatic, and in a new video published by the Colorado Parks and Wildlife group he explains exactly how the dangerous scenario played out.

It’s a pretty incredible story, and as Kauffman tells it he did everything he could to avoid having to actually kill the big cat, which was later identified to be a juvenile. Despite lacking the power of a full-grown adult mountain lion, the animal still proved to be incredibly dangerous, leaving Kauffman with wounds that required a total of 28 stitches and significant time in the hospital.

Kauffman says he yelled and waved to scare the creature off on the isolated trail but it refused to back down. The cat then attacked, clawing and biting at its would-be prey. He says he wrestled with the animal for some time before managing to pin it down and then strangle it by jamming his foot into its throat. The mountain lion had Kauffman’s wrist in its jaws for the majority of the fight, only releasing its grip once it had suffocated.

It’s a remarkable story and we can all only hope that we’d have the presence of mind and physical dexterity to beat such a predator at its own game. Kauffman likely benefited from the fact that the animal was not a full-grown adult, and weighed roughly 80 pounds according to authorities.

Full-grown male mountain lions can easily top 200 pounds, which would likely have made things a whole lot harder for Kauffman. He’s obviously still healing from the attack, with visible wounds on his face and body, but he made it out with his life, which is about as much as anyone can ask.