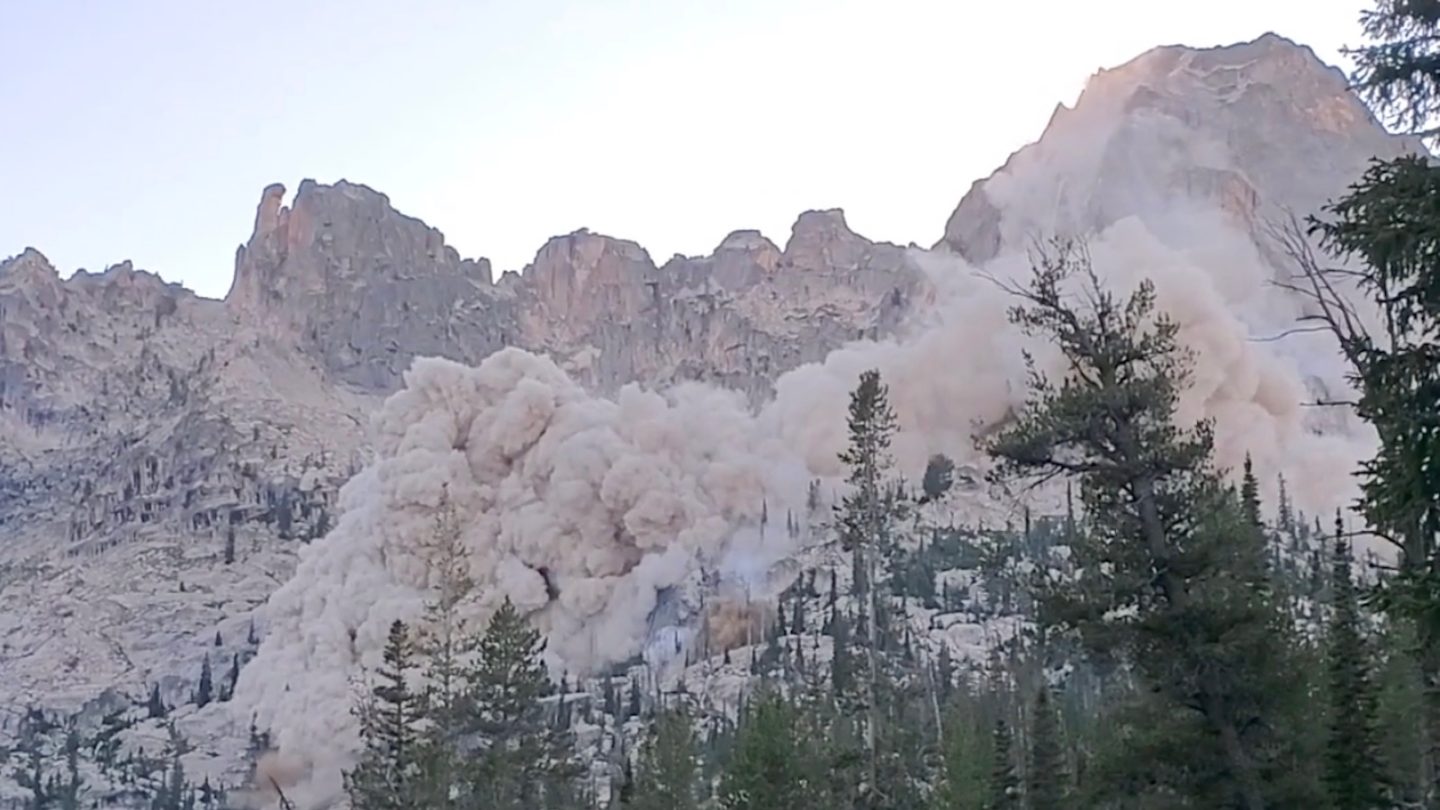 A relatively mild earthquake in Idaho last week led to some serious damage to a popular hiking and climbing area. The Baron Spire, located near Stanley, Idaho, faced the worst of it, and a large chunk of the peak apparently collapsed, creating a landslide that was caught on camera by nearby climbers.

The video is pretty incredible, and it shows the massive landslide beginning from the peak of the mountain and cascading down to the ground below. The video features a lot of emotion on the part of the climbers that were apparently recently in the area where the landslide happened.

Here’s the video, but fair warning, there’s a whole lot of swearing, screaming, and general over-the-top-ness when it comes to the audio, so be prepared:

It’s kind of funny to hear the onlookers react in the way they did, but as one of them repeatedly says, they could have easily died if they had been in the wrong place at the wrong time. I suppose their reactions are to be expected, and I can’t say I would react any differently myself.

The description of the video, which was originally shared by Scott Forsyth, reads as follows:

Imagine hiking a mountain in the Sawtooths in the morning, and seeing this in the afternoon. Baron Spire comes down after another earthquake, and the people watching had been there four hours earlier.

Okay, yeah, I’d definitely be freaking out, too.

Earthquakes are generally very unpredictable, and popular hiking and climbing areas can be incredibly dangerous if you’re in the wrong place at the wrong time when one strikes. Even mild shaking can break large pieces of rock loose and it often has a ripple effect, triggering more and more material to break loose as it tumbles down the mountain.

A magnitude 4.2 earthquake is significant, but far from the kind of devastating event that is feared in populated areas along fault lines, like in California. Still, it appears it was enough to cause the peak of this rock structure to come tumbling down, and it’s just dumb luck that nobody was there when it happened.

In this case, it sounds like the climbers had made it out with plenty of time to spare, but it’s still a scary sight to watch the area where you were just exploring covered in tumbling rock and dust. It goes without saying, but the area is probably off-limits for explorers for the time being, and it might be a while before any outdoor adventurers decide to climb the mountain again.