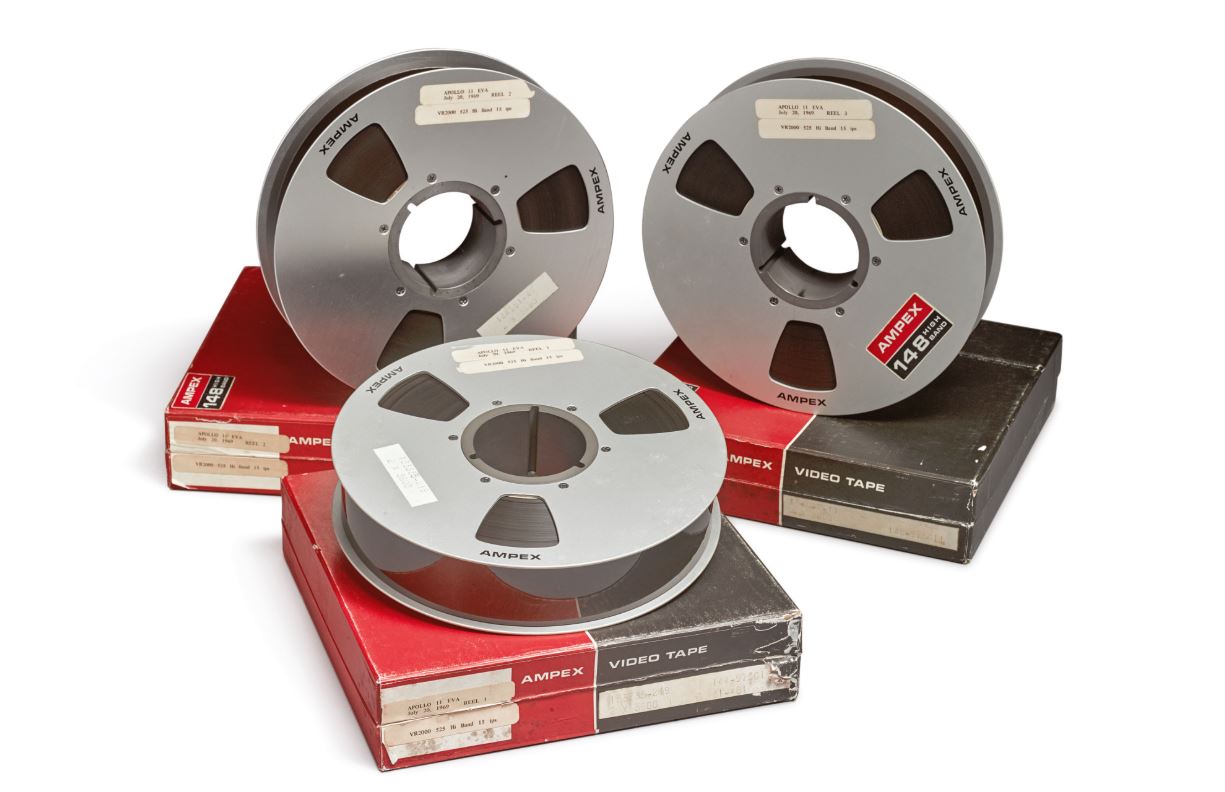 The 50th anniversary of NASA’s Apollo 11 Moon landing is right around the corner, and it’s a pretty big deal. As you might expect, NASA is very much looking forward to replaying the original footage of Armstrong’s first lunar stroll for anyone who wants to watch it, but wouldn’t ya know it? Those original tapes are nowhere to be found in NASA’s archives.

That’s because in the mid-1970s NASA sold those tapes to an intern who bought them without even realizing what they were. The tapes were mixed in with over 1,000 reels which were sold for $217.77 at a government auction. Later this month they could fetch close to $1 million.

The tapes, which the Sotheby’s auction listing describes as “the earliest, sharpest, and most accurate surviving video images of man’s first steps on the Moon,” are incredibly sought-after. NASA has copies of the footage from the first Moon landing, but these original reels somehow ended up being sold at an otherwise unremarkable auction at Ellington Air Force Base in Houston.

The intern who purchased them, a Mr. Gary George, snapped them up not for their historical significance  — he wouldn’t learn what was on the tapes until later — but to resell them as reels for future recording. The tapes were re-recordable and had plenty of life left, so George flipped many of the reels in the lot and sold them off to local TV stations in the area.

However, he decided to hang on to a few of the tapes, namely the ones carrying labels like “APOLLO 11 EVA | July 20, 1969 REEL 1 [–3],” on the advice of his father. As it turns out, the tapes held the original recordings of the Moon landing and Armstrong’s first steps.

He contacted NASA about the reels but “an agreement could not be reached,” according to the auction listing. So, to the auction block they go, where they are expected to fetch a price near $700,000. The auction is scheduled to begin on July 20th, the Moon landing anniversary, so get your credit card ready because there’s sure to be a bidding war.