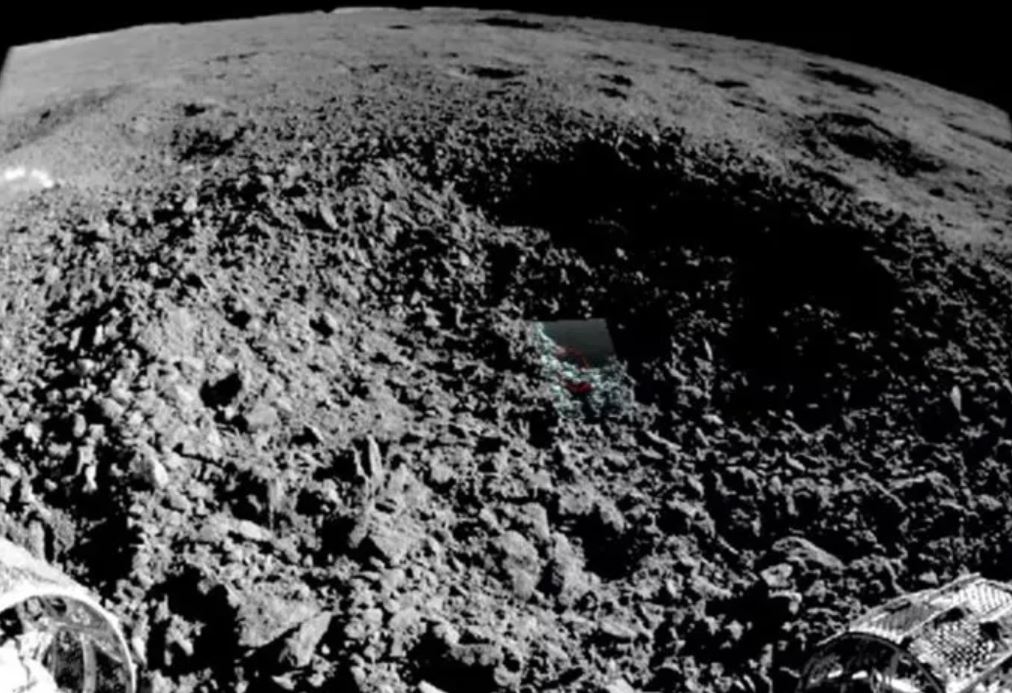 Earlier this month, the Chinese space agency revealed that the Yutu-2 rover it sent to the far side of the Moon months back found something it didn’t expect. The rover’s handlers spotted something strange in a crater just as the rover was preparing to power down for the lunar night.

It was a strange, glossy substance that Chinese researchers said had a “gel-like” appearance. Nobody can say for certain what it is, but early theories suggested it may be lunar glass created by whatever impact created the crater itself. Now, China has released some additional images of the crater and the material inside, but the mystery is no closer to being solved.

The new images come from China’s Our Space (link, in Chinese), and include several photos of the lunar surface, the rover’s tracks cutting through the dust, and the crater that holds the bizarre material.

Capturing closer images of the substance was a challenge for the rover, since the debris around the crater poses a serious risk. Despite that, the rover team was determined to get as close as they possibly could, and snapped some new photos.

The colored box and red outline you see in the closest image are believed to be related to the rover’s scanning tools. The camera used to image the surface is entirely in black and white, so none of the color you see is related to the substance itself. Scans of the material with a spectrometer tool may provide additional clues as to what the chunky material is, but Chinese researchers have not released any additional information about it.

As before, the most likely explanation is that an impact generated enough heat to form glass out of the minerals scattered across the lunar surface, leaving fragments behind. Still, it’s an interesting opportunity to learn more about the forces that have shaped the Moon over billions of years, so we’ll have to wait to see what China’s scientists have come up with after studying the new data.