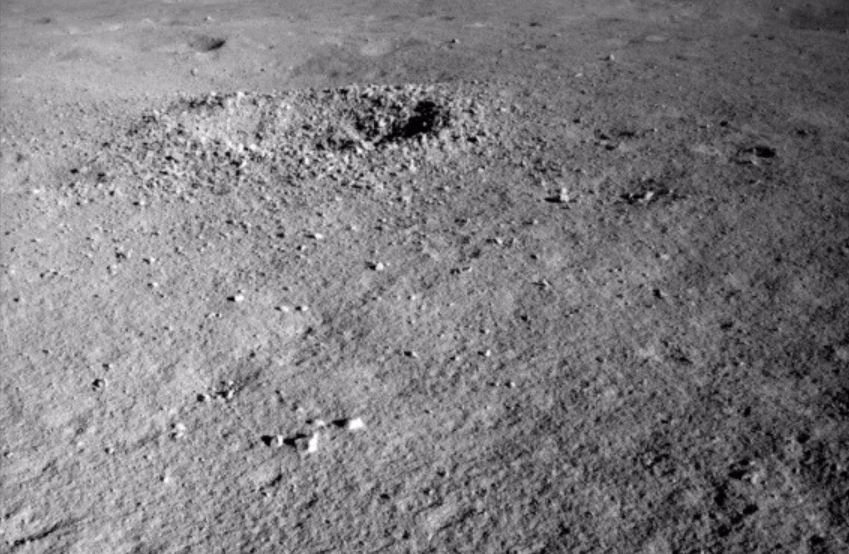 China’s space program started the year strong by performing a soft landing on the far side of the Moon. It was a first for the country, and for mankind as a whole, and while the Yutu-2 rover the lander delivered to the lunar surface wasn’t as feature-packed as the robots NASA sends to Mars, it still returned some interesting findings.

Now, as Space.com reports, researchers have revealed a particularly bizarre and totally expected discovery made possible by the rover. The robot apparently stumbled upon a tiny crater that contained material of an unusual color and consistency. The material, which is described as being “gel-like” is now forcing scientists to come up with an explanation as to its origins.

Chinese researchers, who described the discovery in a paper published on the Chinese-language site Our Space, discovered the strange material almost by accident.

The Yutu-2 rover was scheduled to power down for the lunar night in late July, but as the team was preparing for the extended downtime, an image from the robot caught their eye. A small nearby crater was surrounded by a strange-looking substance that didn’t match the dusty, pale powder that covers most of the lunar surface.

Delaying the rover’s “nap,” the scientists decided to investigate further. After scanning it with the rover’s optical and near-infrared spectrometer, the team was left scratching their heads. According to the report, the material is “gel-like” in nature and is of a color not normally seen in the lunar surface material.

Nobody has a definitive answer for what the substance might be, but there are some plausible explanations, such as the material being melted blobs of glass produced by a small-body impact on the surface.

The Yutu-2 rover just powered back up for its ninth lunar day, so it’ll be interesting if it can uncover any more clues about the strange material, or if China’s Moon explorer will leave us wondering.