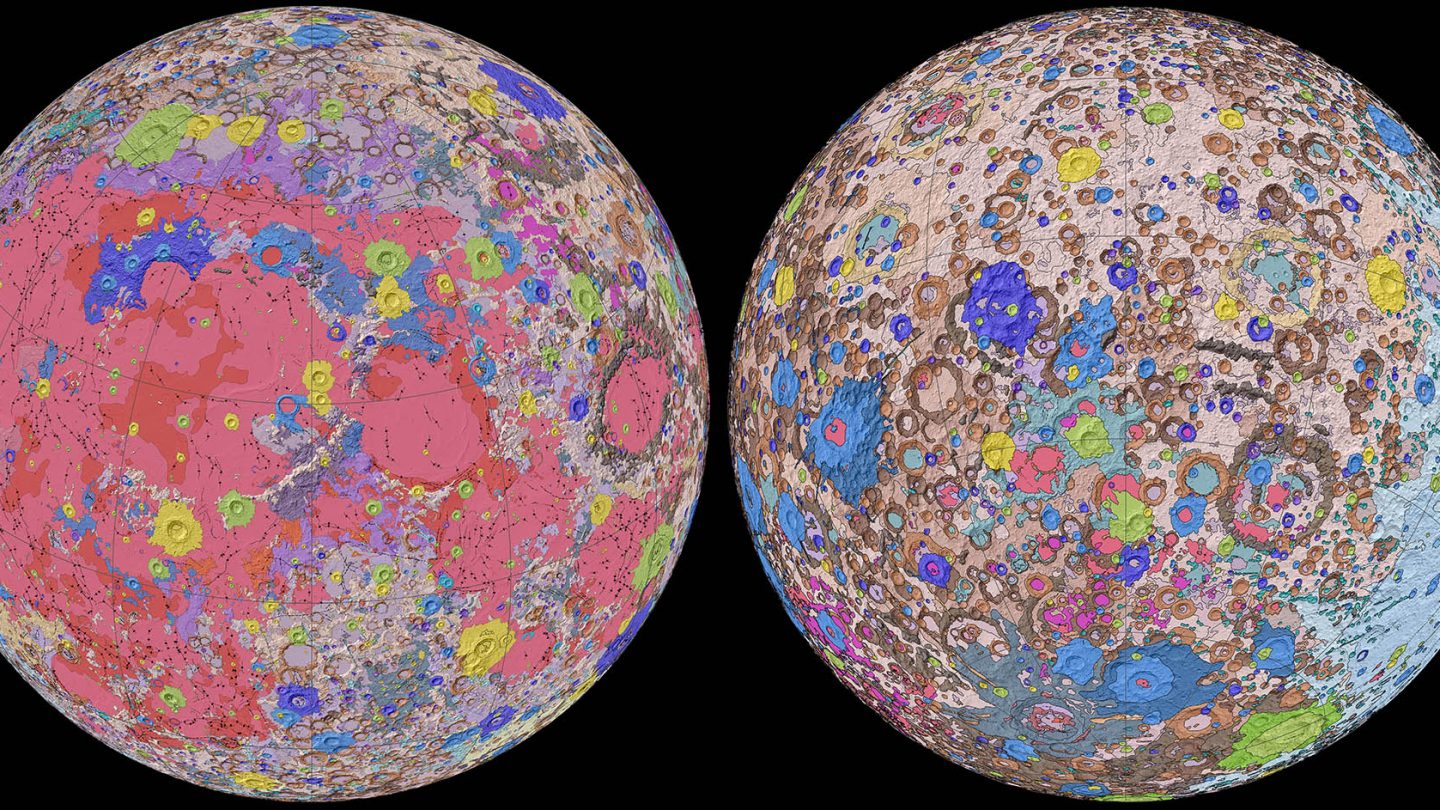 When we gaze up at Earth’s moon in the night sky we can see it’s covered in a pattern that’s become familiar to all of us. Because the Moon is tidally locked to our planet, we only see one of its faces, and that face, with all its shadowy splotches and bright areas, is iconic.

Now, in an incredible first, NASA and the USGS have teamed up to produce a Moon map unlike any other. It shows us exactly where all those dark and light areas came from, and serves as a visual catalog of the many impacts Earth’s tiny neighbor has endured over the years.

The map, which is being called the “Unified Geological Map of the Moon,” is incredibly detailed. You can check it out for yourself, but be warned, the massive image will take some time to load up on your screen. When it does, you’ll be treated to a glorious glimpse of the Moon’s surface at a scale of 1:5,000,000. If you think that sounds small, go ahead and check it out for yourself.

The United States Geological Survey explains how the map came to be:

To create the new digital map, scientists used information from six Apollo-era regional maps along with updated information from recent satellite missions to the moon. The existing historical maps were redrawn to align them with the modern data sets, thus preserving previous observations and interpretations. Along with merging new and old data, USGS researchers also developed a unified description of the stratigraphy, or rock layers, of the moon.

Mapping every nook and cranny on the lunar surface might seem like a pointless exercise, but it’s far from it. With renewed interest in lunar exploration from NASA, the ESA, and other scientific bodies, having an accurate map of the Moon will prove vital in planning both manned and unmanned missions to its surface.

“This map is a culmination of a decades-long project,” USGS geologist Corey Fortezzo said in a statement. “It provides vital information for new scientific studies by connecting the exploration of specific sites on the moon with the rest of the lunar surface.”

A new paper explaining the development of the map and all the ridiculously detailed work that went into building it was recently published as well. In it, the scientists explain how this new map will be used in future research and mission planning.

NASA, which maintains that it will be able to send humans back to the Moon by 2024, is doing its best to stay on schedule. Much of the work has already been done, but you can bet this map will be a welcome tool for exploration once the Artemis missions get underway.