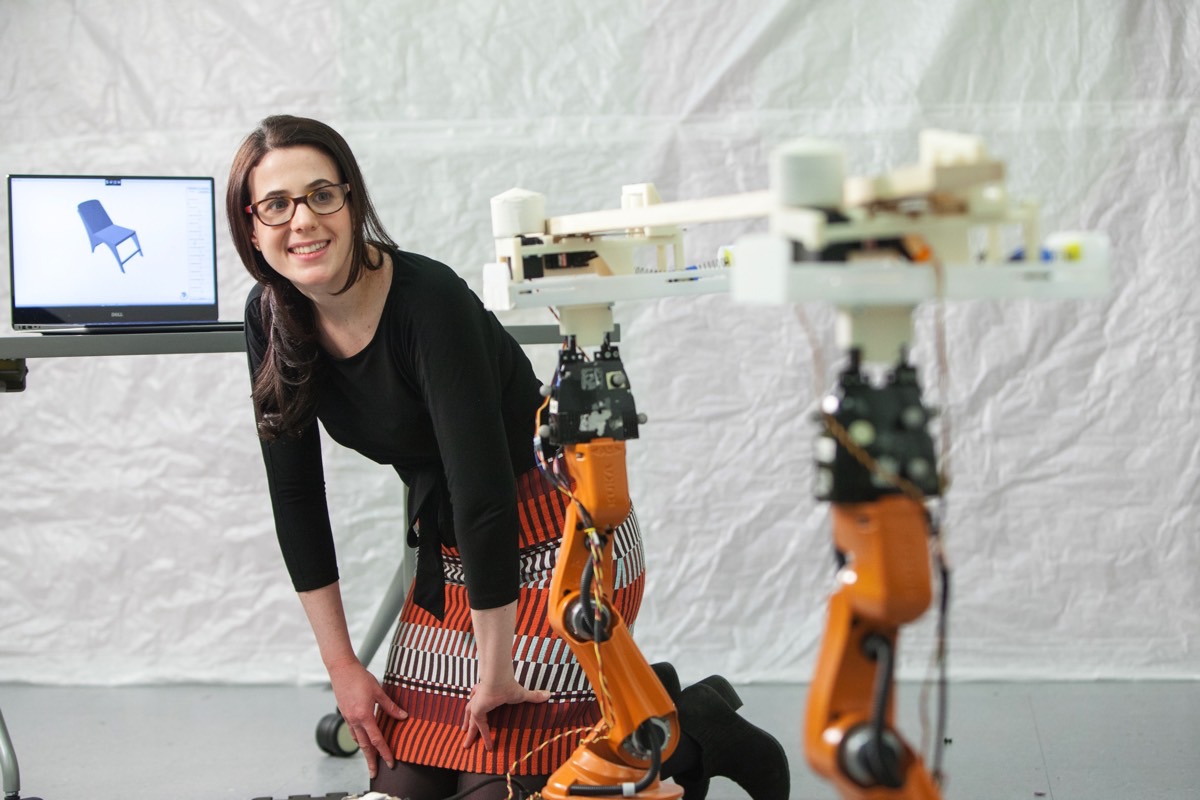 Ikea furniture is cheap, relatively easy to assemble, and even easier to replace. But what if you could design and manufacture pieces of furniture customized to fit your home?

MIT’s new robotic concept technology is meant to help you with manufacturing wood furniture of your own, although this isn’t about replicating Ikea designs The carpentry robots technology developed at MIT’s Computer Science and Artificial Intelligence Laboratory (CSAIL) have a simple purpose. Cutting wood to precision and reducing the risk for carpenters, whether they’re seasoned professionals or newcomers.

That still means you’d have to assemble the furniture yourself after these robots are done with cutting all the required pieces. Of course, this is assuming that robotic carpenters will be available at local shops in the future.   CSAIL isn’t actually launching a commercial product. The AutoSaw system is a concept that works, as detailed in a paper that will be presented in May in May at the International Conference on Robotics and Automation (ICRA) in Brisbane, Australia.

The team used a modified Roomba with a jigsaw attached to cut lumber on a plank. Two Kuka youBots where used to lift wood beams and place them on the chop saw.

As you’ll see in the video at the end of this post, users are able to choose from a range of templates for chairs, desks, and other furniture, including bigger projects like desk or porches. These designs come from actual carpenters, but the computer program will let you customize them, and verify whether the final design is feasible. That way you’d be able to customize a piece of furniture to fit a tight space.

“Our aim is to democratize furniture-customization,” study co-lead Adriana Schulz said. “We’re trying to open up a realm of opportunities so users aren’t bound to what they’ve bought at Ikea. Instead, they can make what best fits their needs.”

The robots would then cut the necessary pieces according to the specs produced by the program. You’ll then have to put everything together yourself. In a not-too-distant future, robots will probably be able to handle the entire process and have the furniture ready by the time you get back from work.

For now, the main purpose of the AutoSaw project is to reduce wood cutting-related injuries by having robots handle the actual cutting.

“If you’re building a deck, you have to cut large sections of lumber to length, and that’s often done on site,” CSAIL postdoc Jeffrey Lipton said. “Every time you put a hand near a blade, you’re at risk. To avoid that, we’ve largely automated the process using a chop-saw and jigsaw.”

The following video shows the AutoSaw system in action, while the paper is available at this link.