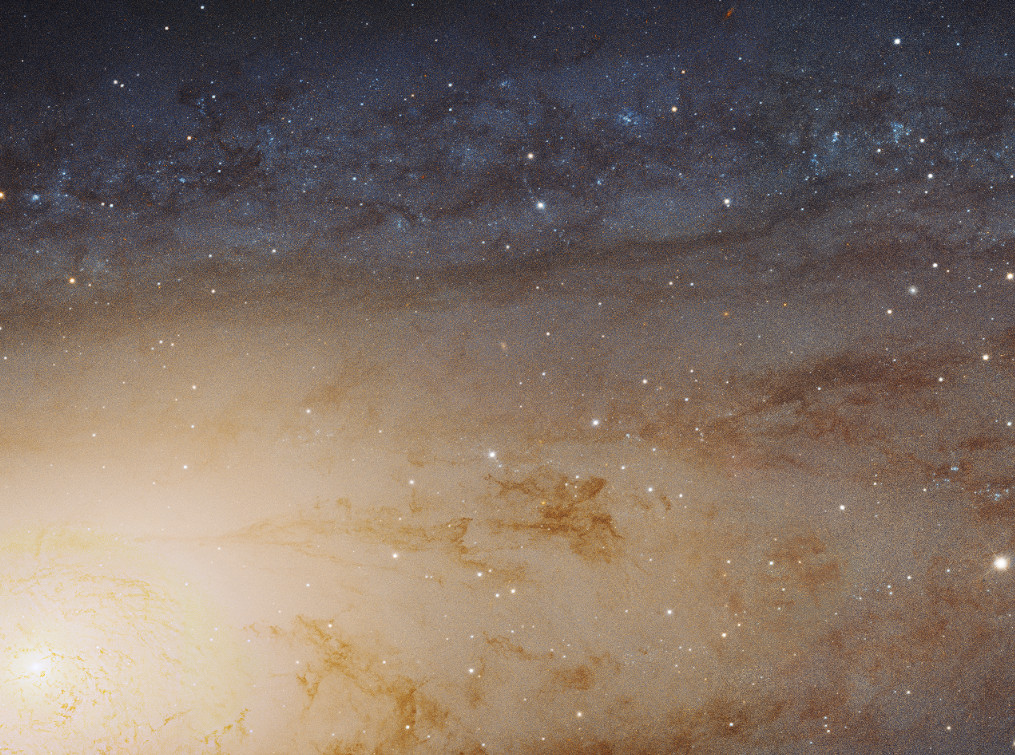 Science fiction disaster movies like to imagine what life on Earth might be like in the midst of a space-borne catastrophe like an asteroid strike, but reality can be even more frightening. Imagine — instead of a collision between a smallish planet like Earth and a large space rock — two entire galaxies running into each other, gradually merging as countless stars and planets twist, turn, and collide.

That incredible event appears to be what claimed the life of a galaxy much like our own Milky Way. The galaxy, labeled M32 in its current form by astronomers, currently hangs out in the outskirts of the larger Andromeda galaxy, but it’s just a shadow of what researchers believe it used to be.

In a new paper published in Nature Astronomy scientists explain how M32’s former self (called M32p for clarity) spent billions of years colliding with Andromeda, causing the latter to balloon in size as snagged stars and worlds in the midst of the mayhem. M32p is thought to have been a lot like the Milky Way.

Today, M32 is quite small, but it’s also incredibly dense. Astronomers had struggled with explaining the galaxy’s odd structure, but the collision theory would seem to explain things nicely. As the two galaxies slowly collided, the mashup may have prompted stars to form more rapidly and in close proximity to one another, leaving a smaller but more densely packed galaxy to form in the aftermath.

Andromeda, it seems, survived the collision largely unscathed, though the event caused the galaxy’s disc to become much thicker thanks to all the material it stole from M32p. Simulations demonstrated that Andromeda’s massive size — twice as wide as the Milky Way and eight times as thick — could have been caused by such a collision, and the evidence would seem to support the theory.

There’s still plenty that we don’t know about how galaxies form and act, and it’s entirely possible that the relationship between M32 and Andromeda is even more complicated than astronomers currently suspect. Still, this is a significant step forward in telling the life story of nearby galaxies, and it’s something scientists can continue to build on or, if new evidence comes to light, debunk.