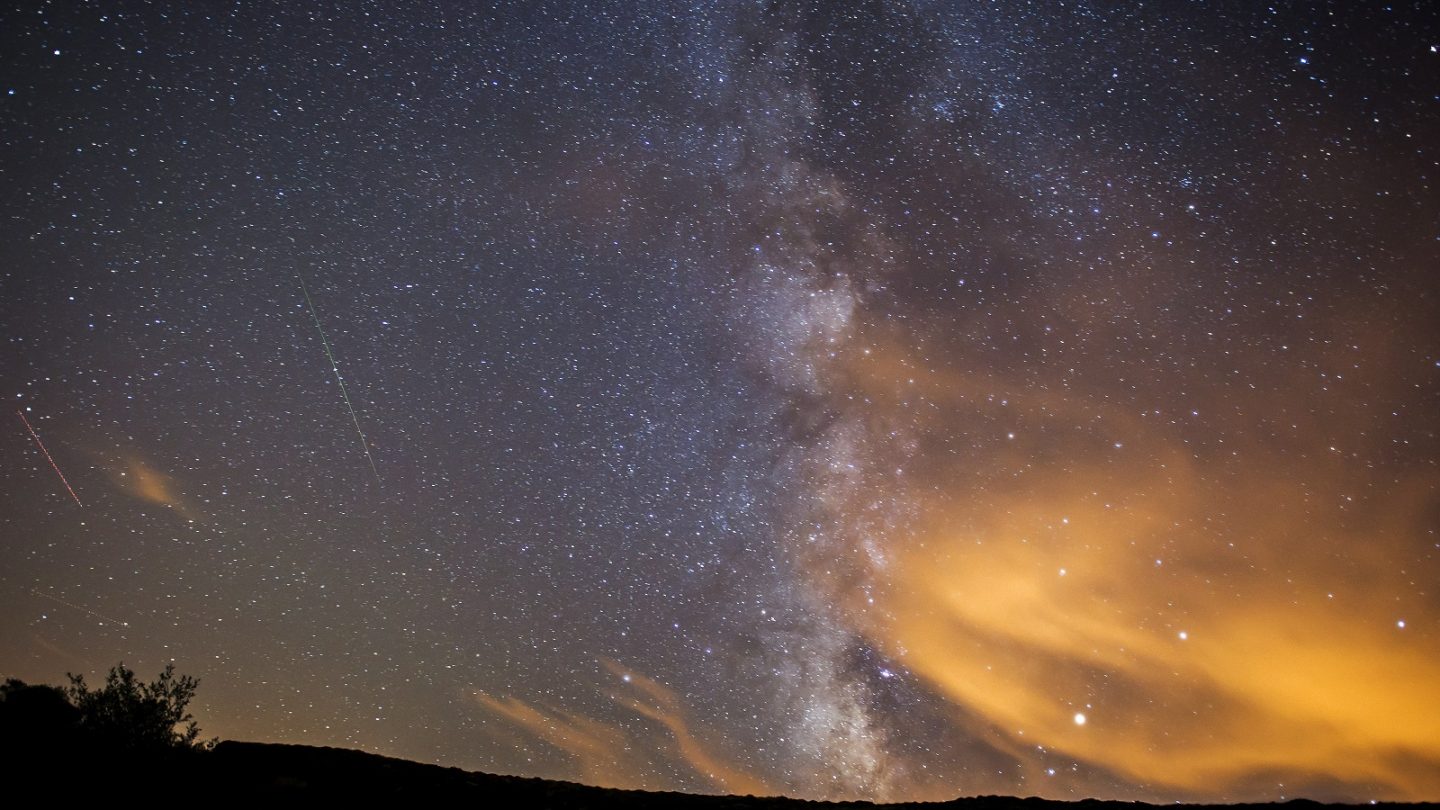 Earlier this week, Detroit, Michigan was treated to a rare sight: A meteor streaking across the sky and crashing down to Earth. When it touched down, those nearby were actually able to feel the impact. The US Geological Survey says that the impact registered as a 2.0 earthquake on the Richter scale.

That may sound significant (and for those in the vicinity when it landed, it surely was), but scientists say the Michigan meteor falls on the low end of the spectrum when it comes to impactful space rocks. In other words, it would take a lot more than a 6-foot-wide rock (which is what Michigan meteor measured in at) to do real damage.

Coincidentally, just as the meteor was lighting up the Detroit sky on Tuesday, the AP reports that dozens of scientists were meeting in California to discuss an even bigger impact: the Tuskunga event. The massive explosion in Russia flattened over 700 square miles of forest, making the “Michigan event” look rather tame by comparison.

Of course, those are both blips on the radar compared to the 6-mile-wide asteroid that wiped out the dinosaurs 65 million years ago, but the good news is that we have something the dinosaurs didn’t. We have people looking out for asteroids that could cause catastrophic damage to the planet and its inhabitants.

“There are no Earth-crossing asteroids of that size in the solar system today,” NASA senior scientist David Morrison, the man who organized the meeting in California, told the AP. But, he warns, “something as small as 2 kilometers (1.2 kilometers) could really ruin your whole day for the whole Earth” and take out about 75% of human life.

NASA has been looking out for those “day-ruining” asteroids since the 1990s as part of something called the Spaceguard survey. Morrison says that astronomers have ruled out anything bigger than 3 miles wide coming close in the near future. As for the Michigan rock, it was actually too small for detection, which is why you didn’t hear about it until it was caught on camera. On the other hand, the Russia meteor from 2013, which at 60 feet wide shattered windows and injured around 1,600 people, could have been detected. Unfortunately, it came at us from the sun and was “too close to be picked up.”

At the moment, there are nine asteroids that NASA is currently tracking for “potential future Earth impact.” None are likely to hit us, but scientists hope to have an operational defense system at some point in the future. “We do have the basic technology to deflect an asteroid. We haven’t done it yet, but some of it is fairly basic physics. Like running into it with a spacecraft,” said Ed Lu, a former astronaut and head of the B612 Asteroid Institute.