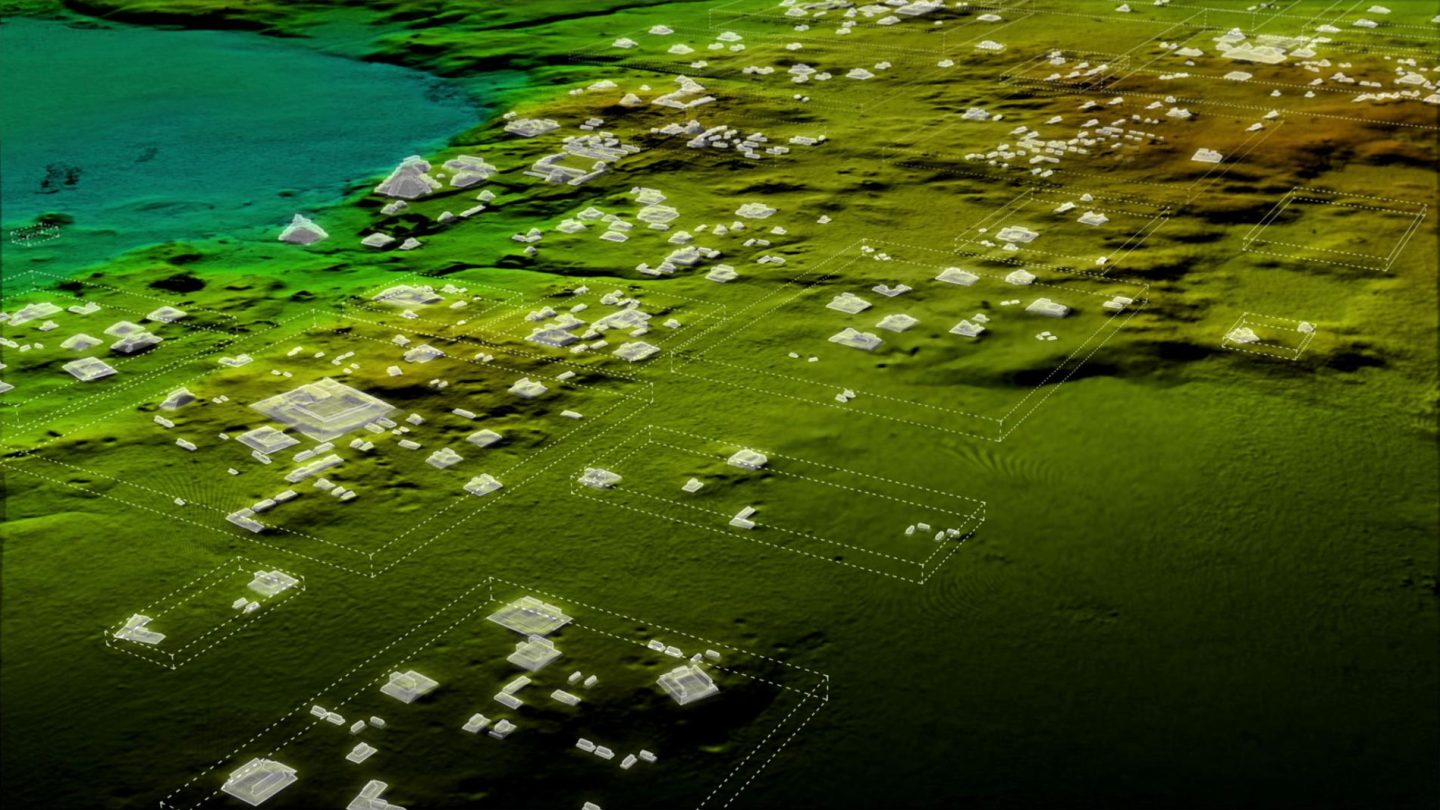 A LiDAR scanning system has provided archaeologists with evidence of a sprawling Mayan city that was tucked away under the jungle canopy in northern Guatemala. The scan revealed the remains of a over 60,000 different structures that have been waiting centuries for someone to stumble upon them.

In all, the project scanned an incredibly 800 square miles of jungle in what is known as the Mayan Biosphere Reserve. Researchers have long known that Mayan settlements were present in the area, but the massive scale of the cities that were once teeming with activity was hugely miscalculated.

“The LiDAR images make it clear that this entire region was a settlement system whose scale and population density had been grossly underestimated,” researcher Thomas Garrison of Ithaca College told National Geographic.

The scans show complex collections of structures as well as elevated “highways” connecting various points of interest to each other. It is, simply put, the leftovers of a massive jungle metropolis that was home to an untold number of ancient people. Needless to say, this is a pretty important discovery for archaeologists interested in Mayan culture and history, but it’s also helping to combat some of the mentality that Mayan settlements weren’t as robust as those of other cultures.

Researchers believe the area was very densely populated, and some have suggested that the Mayan populous numbered over 10 million. That’s a huge increase from previous estimates that typically numbered in the lower single-digit millions, but given this new mapping data it’s easy to imagine.

But as remarkable as the discovery is, it’s just the first phase of a larger project to map much of Guatemala. In all, over 5,000 square miles will be mapped using the LiDAR technology, and we can likely expect plenty of additional discoveries to be made as the scientists press on.