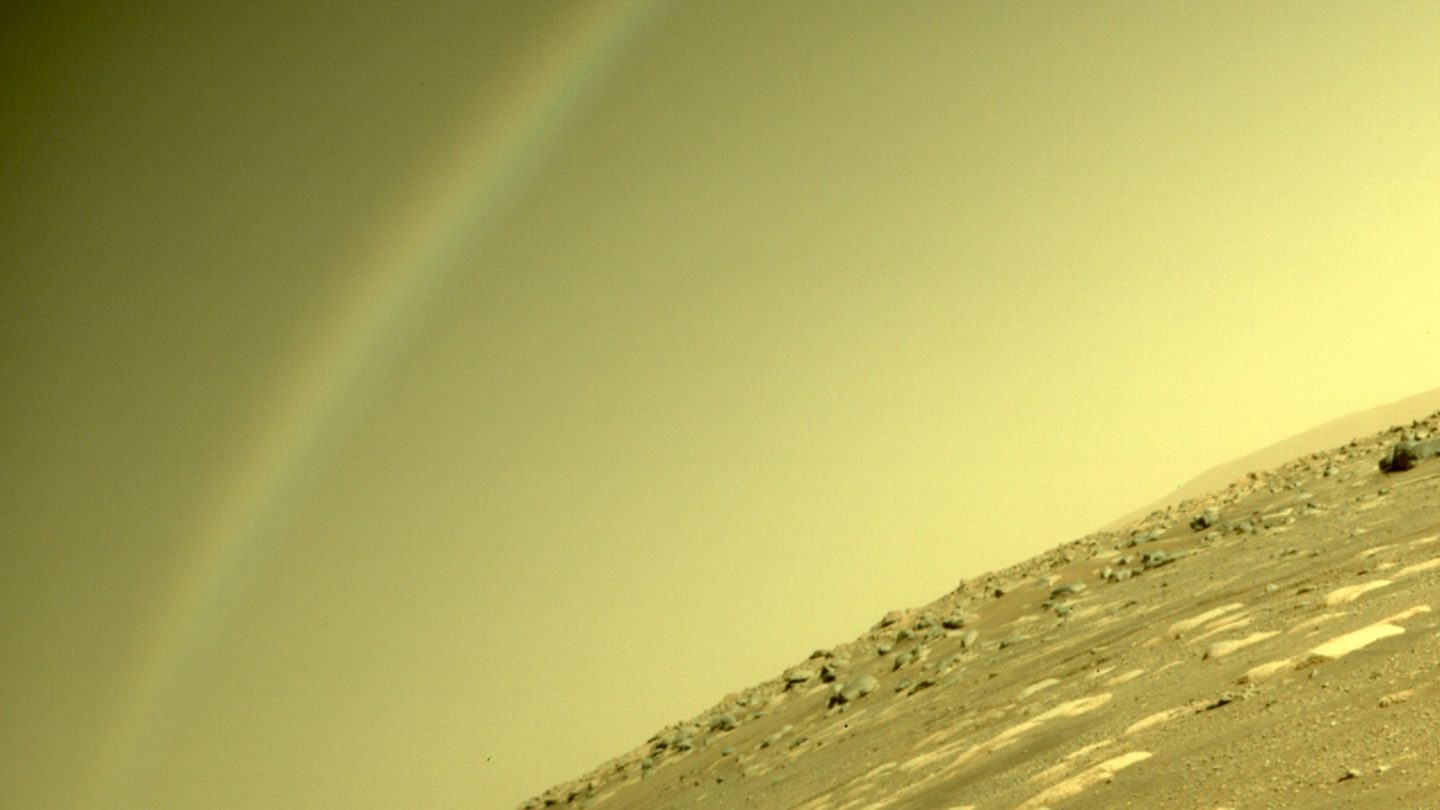 Rocks could tell us more about Mars’ violent history

Researchers published the new study in Icarus. It posits that rocks found by NASA’s Spirit Rover, and in the region that Perseverance is exploring could be ignimbrite. The rock type is igneous and sedimentary, and it forms as the result of cataclysmic, volcanic eruptions. The rocks, the researchers say, could point toward Mars having a violent history.

“There are lots of ideas for the origin of the olivine-rich bedrock that covers large portions of a region called Nili Fossae,” Steve Ruff, lead researcher on the study said in a statement. “It’s a debate that’s been going on for nearly 20 years.”

Ruff says that he found some correlation between the rock samples that Spirit found and a specific volcanic rock found on Earth. Olivine-rich bedrock is a fairly common silicate mineral. It comes from magma generated in the mantle of Mars (and Earth). As such, scientists have posited that Mars had volcanic processes playing a part in its history and formation. However, this new study points towards a more violent Martian history than previously expected.

Ruff compared mosaics of images taken by the Mars Spirit rover with some from Earth. He noticed a correlating pattern between it and similar rocks on Earth. As such, Ruff and his fellow researchers believe that the correlation shows more about Mars’ violent history. Additionally, it could tell us more about how volcanic activity helped form the planet we know today.

Of course, there’s still a lot we don’t know about Mars. Without any new rocks to look into, it’s impossible to say for sure whether Mars’ violent history was as bad as the researchers suspect. The answer to that question will ultimately come from the rock samples Perseverance collected. Future missions may also tell us more.

There’s a lot to look forward to when it comes to learning more about the Red Planet. Not only is NASA looking for ways to colonize Mars. But they’re also trying to come up with ways to breathe on Mars. With so many missions planned to the Red Planet in the coming years, learning more about Mars’ violent history continues to be paramount to understanding the planet as a whole.

All we can do now is look at the work that Ruff and others have put in, and try to learn more about the Martian surface as Perseverance, and even Insight work to tell us more.