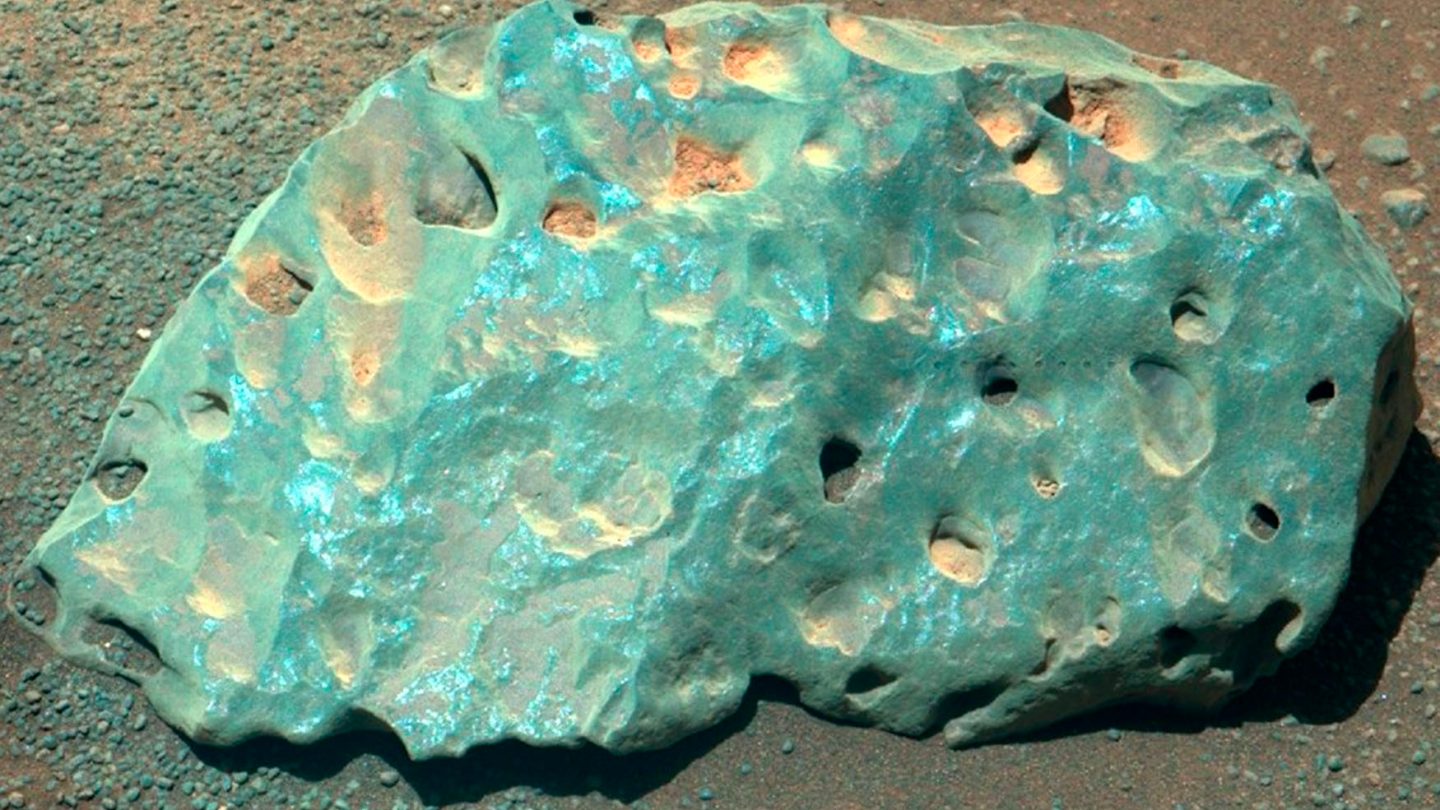 NASA’s Perseverance rover has been on Mars for a little while now. It landed successfully in late February and spent a good chunk of March just testing its various systems and ensuring that everything was still in working order after its long journey from Earth. Now, as the rover waits patiently for the tiny Mars helicopter Ingenuity to perform its first flights, the science team is using Perseverance to check out the rocks in the immediate area. One rock, in particular, has caught Perseverance’s eye, and NASA says its scientists are debating where it came from.

In a new tweet published by the official Perseverance account on Twitter, the “rover” (speaking in the first person, because NASA is dorky and awesome like that) reveals that it shot the rock with a laser and is still trying to learn more about it. The rock itself is rather interesting in appearance, with large pits dotting an otherwise smooth surface.  What is it and where did it come from? Your guess is apparently as good as NASA’s.

In the photo, which is incredibly crisp thanks to the high-resolution cameras built into Perseverance, we can see the rock sitting on the Martian soil. The soil in the photo ranges in color from a pale dark brown to a light tan, with smaller rocks scattered around the larger object. The rock’s pits are caked with dust which blows across the surface of the planet year-round, but none of this helps to explain its origins.

“While the helicopter is getting ready, I can’t help checking out nearby rocks,” the tweet reads. “This odd one has my science team trading lots of hypotheses. It’s about 6 inches (15 cm) long. If you look closely, you might spot the row of laser marks where I zapped it to learn more.”

Those laser marks are visible in the middle of the rock near the right side of the photo. A series of small dots can be seen if you zoom in, and those are the locations where the rover fired its laser so that it could collect data related to its composition. The rock appears quite smooth and even shiny in many areas, despite the fact that it’s been blasted by the dust that rolls across the planet’s surface. In a tweet reply, NASA says it has some theories.

“The team has formulated many different hypotheses about this one — is it something weathered out of the local bedrock? Is it a piece of Mars plopped into the area from a far-flung impact event? Is it a meteorite? Or something else?” That may not be particularly satisfying for science fans, since it seems NASA is still trying to come up with a list of things it might be before zeroing in on the most likely explanation, but that’s the nature of space exploration. Sometimes you just can’t explain what you find.