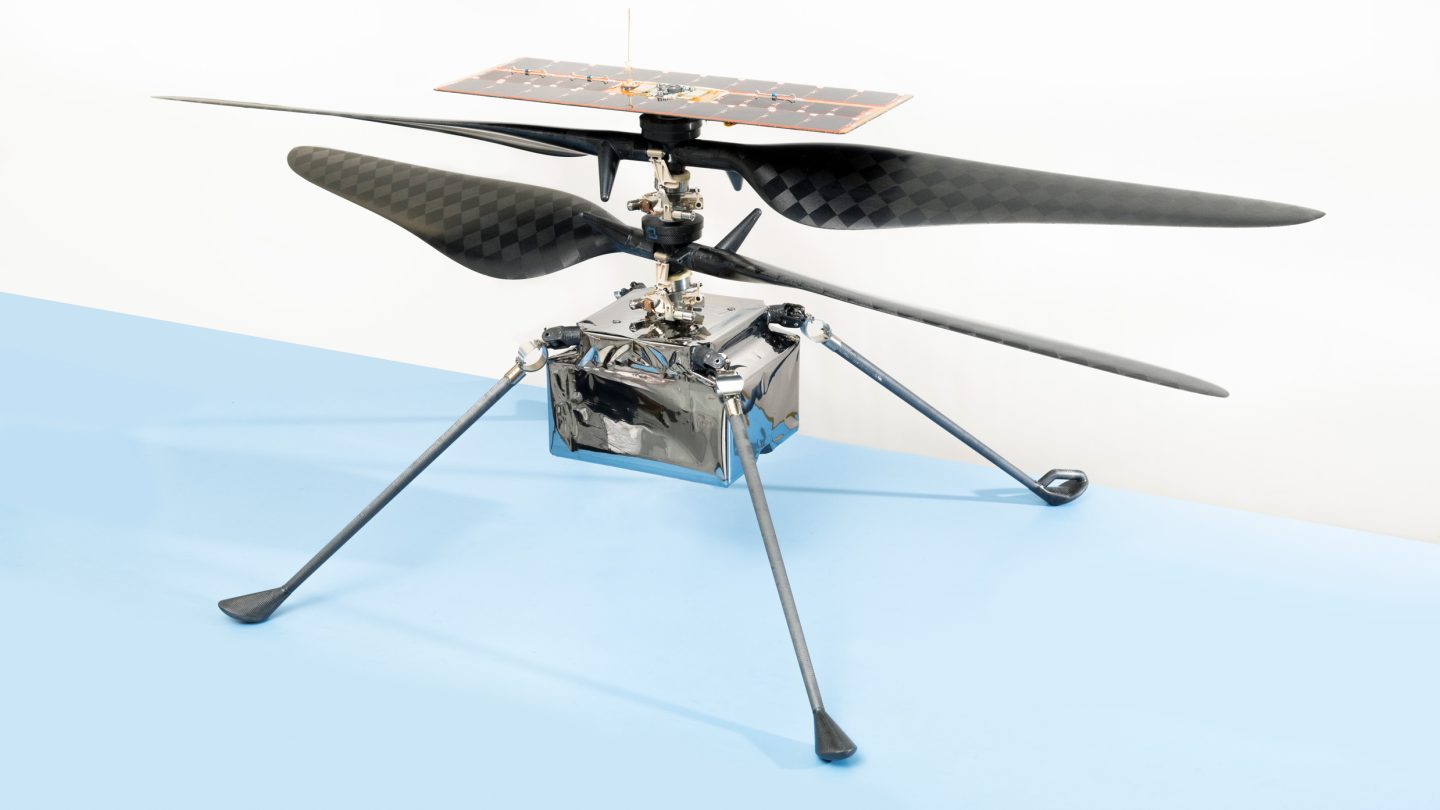 When NASA’s Mars 2020 mission finally arrives on the Red Planet in early 2021 it will be the Perseverance rover that will be doing the bulk of the work. However, it’s not the only vehicle making the trip from Earth to Mars, as NASA’s experimental Mars helicopter will also be along for the ride.

The Mars helicopter won’t be doing a whole lot during the mission, but it will become the first manmade aircraft to attempt flight on another planet. That’s pretty special, so NASA obviously wasn’t going to let it go without a proper name. Thankfully, an Alabama high school student came up with a winning moniker: Ingenuity.

As NASA’s Jet Propulsion Laboratory explains in a new blog post, Tuscaloosa County High School student Vaneeza Rupani’s submission to the space agency’s “Name the Rover” contest will now be used as the name for the first helicopter sent to another world.

“The ingenuity and brilliance of people working hard to overcome the challenges of interplanetary travel are what allow us all to experience the wonders of space exploration,” Rupani explained in an essay she wrote for the rover naming contest. “Ingenuity is what allows people to accomplish amazing things, and it allows us to expand our horizons to the edges of the universe.”

The helicopter is basically a technical demonstration. The helicopter won’t have any scientific objectives, but it will have around a month to perform test flights that prove powered flight is possible on Mars. It will help inform future missions and could lay the groundwork for much more complex airborne vehicles in the future.

“Ingenuity encapsulates the values that our helicopter tech demo will showcase for everyone when it takes off next year as the first aircraft on another planet’s surface,” NASA administrator Jim Bridenstine said in a statement. “It took a lot of hard and ingenious work to get the helicopter ready and then placed on the rover, and there’s a lot more going to be required. I was happy we had another great name from the naming contest finalists from which I was able to select something so representative of this exciting part of our next mission to Mars.”

In the future, more technologically capable helicopters could be sent to Mars to explore a variety of locations in a very short period of time. Such vehicles could scale large geographical features and provide new insights into how the Martian landscape was shaped and continues to change to this day.