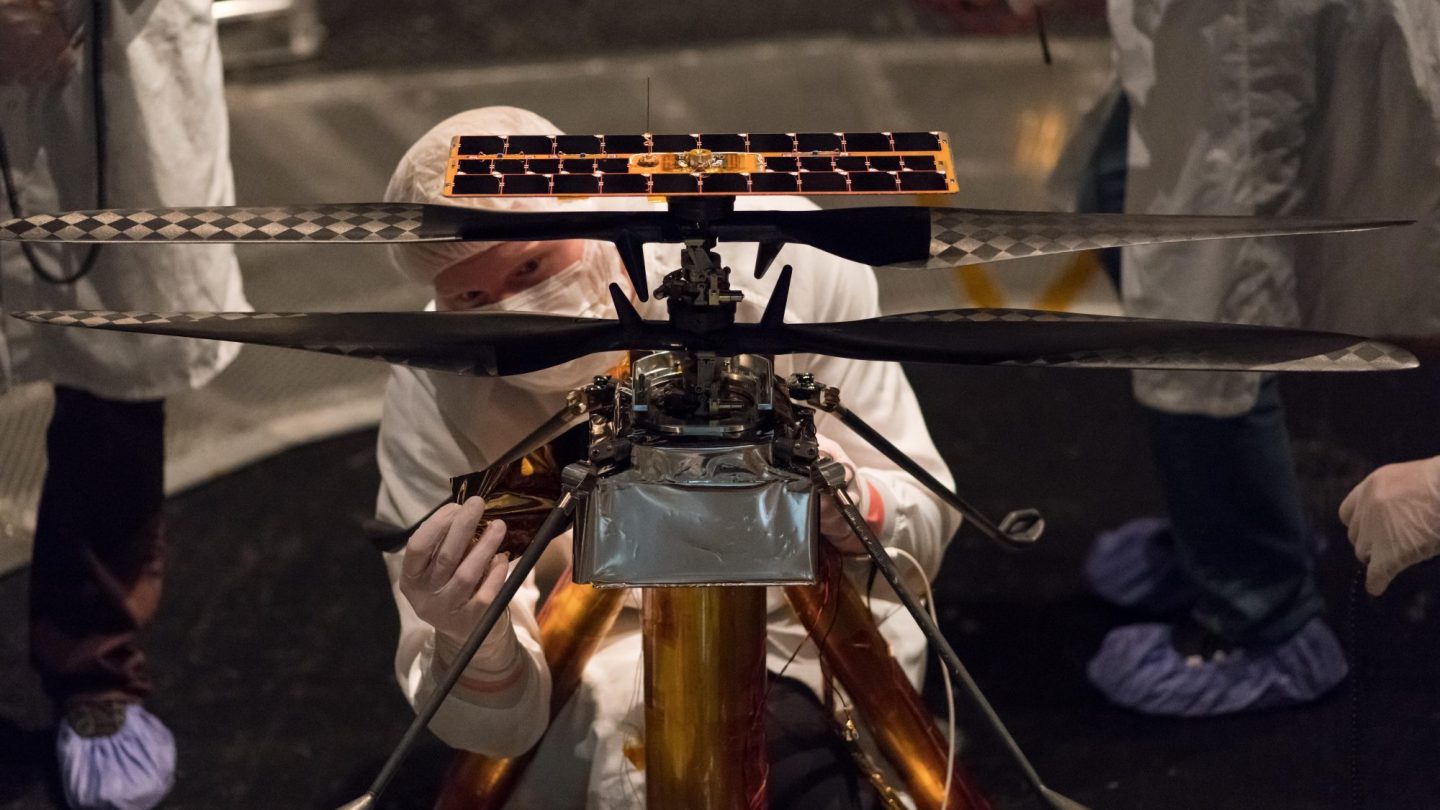 With less than a year to go before NASA’s Mars 2020 mission is scheduled to launch, it’s an “all hands on deck” affair at the Jet Propulsion Laboratory. There, engineers are piecing together all of the sensitive components that will make the Mars 2020 rover tick, and the latest addition might be the most exciting of them all: the Mars Helicopter.

Much has been made about the Mars 2020 rover’s exciting capabilities, but it’s not the only robot that will be exploring Mars once the mission makes it to the Red Planet. The Mars Helicopter will be deployed to the surface of the planet shortly after the rover makes a safe landing, and if it takes to the skies as NASA plans, it will become the first manmade aircraft to fly on another planet.

The helicopter, which is solar-powered, has now be attached to the “belly” of the 2020 rover, where it will ride safely during the launch from Earth, the flight through space, and the eventual landing on Mars. Once its handlers give it the signal, the helicopter will travel on its own rather than being controlled directly, due in large part to the fact that commands are significantly delayed when communicating over such a vast distance.

The aircraft will serve as a proof of concept more than anything else. Since it isn’t equipped with any kind of scientific tools, it won’t be doing much “discovering” of its own. However, if things go well, it will provide a foundation for flight-capable robots to explore Mars in the future.

“Our job is to prove that autonomous, controlled flight can be executed in the extremely thin Martian atmosphere,” MiMi Aung project manager of the Mars Helicopter, said in a statement. “Since our helicopter is designed as a flight test of experimental technology, it carries no science instruments. But if we prove powered flight on Mars can work, we look forward to the day when Mars helicopters can play an important role in future explorations of the Red Planet.”