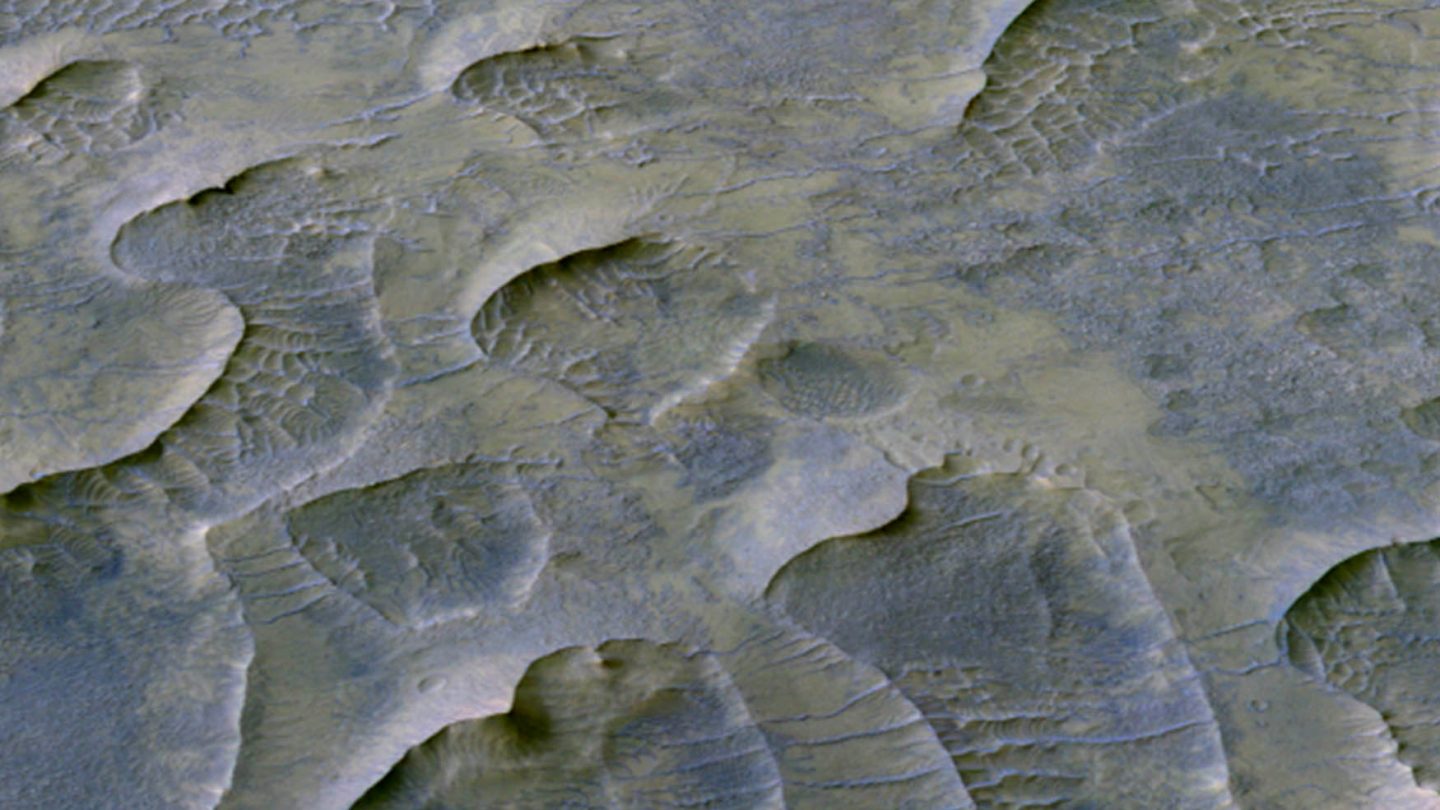 Here on Earth, you don’t have to look far to find sand dunes. Whether it’s on sandy shores or in the middle of the desert, the wind is always creating, destroying, and recreating dunes of all shapes and sizes. But Earth isn’t the only planet with a dusty, sandy surface and wind, and Mars has been studied in enough detail that we’ve seen dunes on the Red Planet before.

Now, new images captured from NASA’s Mars Reconnaissance Orbiter have revealed a field full of incredible dunes, but they’re unlike any you’ve likely seen before. You see, these dunes aren’t the wispy, flowing kind… at least not anymore.

The dunes were created roughly one billion years ago, according to the scientists studying them. A new paper focused on the dunes was just published in the Journal of Geophysical Research Planets. Apparently, fossilized dunes like these are quite rare, especially with this level of extreme detail, making it a great opportunity for scientists to study what this area of Mars looked like a billion years in the past.

“We identified and mapped extensive dune fields in the canyons of Valles Marineris which show clear evidence for lithification and burial. This level of preservation is rare for terrestrial sand dunes due to ongoing erosion and tectonics,” Matthew Chojnacki, lead author of the research, said in a statement. “Based on the dune deposit’s relationships to other geologic units and modern erosion rates we estimate these to be roughly a billion years old. Because of the duneforms’ size and spatial arrangements, which are not that much different to modern equivalents, we suggest that the climate and atmospheric pressure to have been similar to that of contemporary Mars.”

What’s so incredible about these dunes is that they act as a sort of window through time. We can see exactly what this area of Mars looked like long before humans ever existed. Based on their size, shape, and other features, scientists can learn more about the climate and other environmental factors that contributed to their formation.

“Water and tectonics that constantly reshape the surface of Earth are not currently a factor on Mars, thus there is an opportunity to learn from the geologic record of the red planet,” Chojnacki explains. “The ancient dune fields found within Valles Marineris, with their complex variety of landform shapes, degree of preservation, and context, reveal the richness of regional geology. These results inform us that wind-driven sand transport, deposition, and lithification have occurred throughout much of Mars’ recent history and illustrate how landscape evolution there greatly differs compared to that of Earth.”