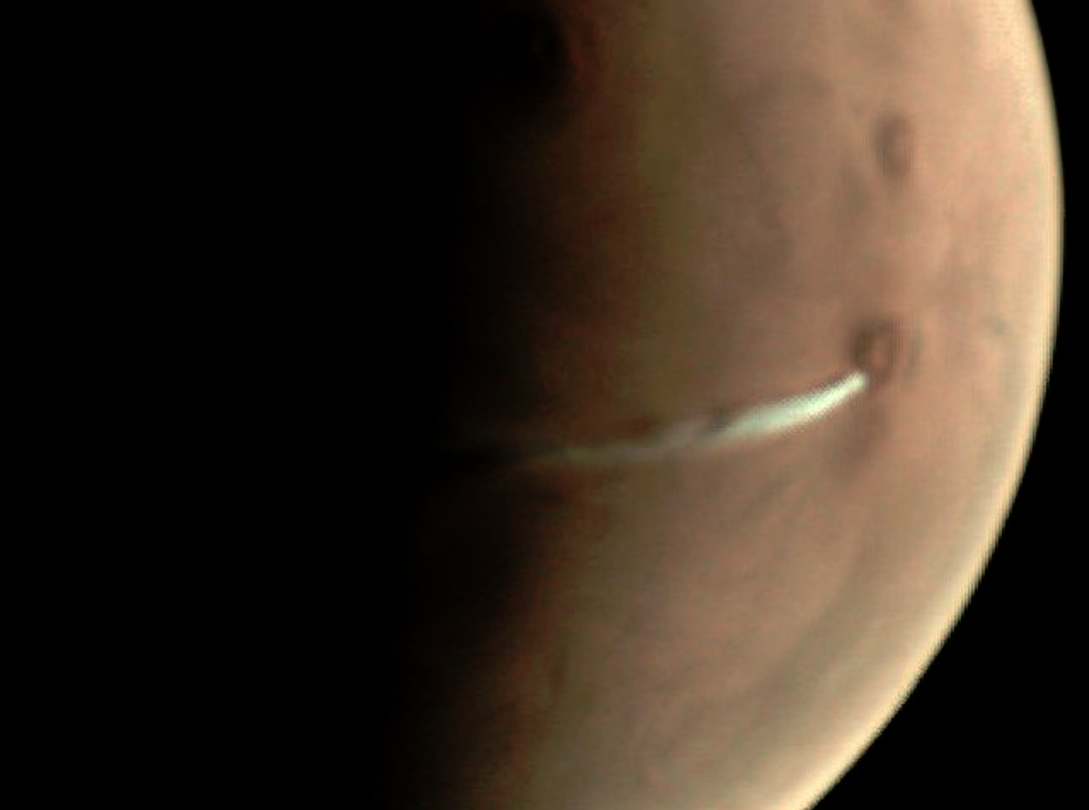 Mars is a dry, dusty planet that looks like a lifeless ball of rock in just about every image we see. Thick cloud cover isn’t something we’re used to seeing on the Red Planet but new imagery from the European Space Agency shows a miles-long cloud sitting in place above a geographical feature that has been dead for millions of years.

The cloud was spotted hovering over the Arsia Mons volcano. Oftentimes if you see thick plumes over a volcano it’s a sign of volcanic activity, if not an imminent eruption, but Arsia Mons has been extinct and silent for tens of millions of years. So, what’s the deal? ESA thinks it has the answer.

Upon close inspection of the cloud, scientists determined that it’s made up ice particles, not dust or debris from the planet. The cloud is positioned just behind the volcano, and researchers ultimately judged it to be a phenomenon called a lee (or orographic) cloud.

Lee clouds are regularly observed here on Earth and are found near particularly tall geographical features like mountains. Clouds like this have been observed on Mars before, including around long-dead volcanoes on the Martian surface.

Mars just experienced its northern hemisphere winter solstice on 16 October. In the months leading up to the solstice, most cloud activity disappears over big volcanoes like Arsia Mons; its summit is covered with clouds throughout the rest of the martian year.

The cloud’s appearance varies throughout the martian day, growing in length during local morning downwind of the volcano, almost parallel to the equator, and reaching such an impressive size that could make it visible even to telescopes on Earth.

From a distance it looks a whole lot like the volcano is waking up, but nothing could be farther from the truth. The cloud is merely a result of seasonal changes and dust rising from the planet. The recent planet-wide dust storm on Mars has given clouds like this a bit of a boost, allowing ice particles to take root in the atmosphere and remain aloft for long periods of time.