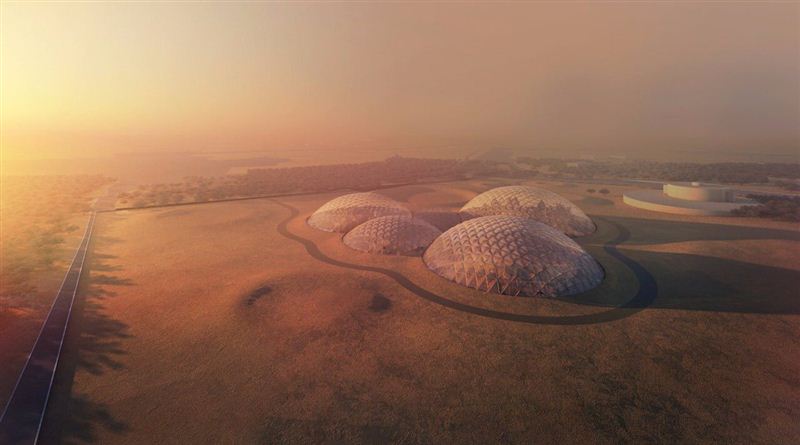 Humans aren’t quite ready to make the journey to the red planet just yet, but once we are, we’ll need to know exactly what kind of structures and technology work best to keep the first brave travelers alive and well. To that end, an incredibly ambitious effort called the Mars Science City Project was just announced in Dubai, and it will see the construction of a multi-domed simulated martian habitat covering a whopping 1.9 million square feet.

The project, which is being called the largest space simulation settlement ever built, will cost somewhere in the neighborhood of $150 million to build. Using the desert wasteland as a simulated Mars landscape, Danish architect Bjarke Ingels will oversee its construction.

The “city” will feature connected domes that will house laboratories and scientific equipment that researchers will use to learn more about how to grow food in a place where vital crops won’t normally take root.

“The UAE seeks to establish international efforts to develop technologies that benefit humankind, and that establish the foundation of a better future for more generations to come,” Dubai’s Prime Minister Sheikh Mohammed bin Rashid Al Maktoum said of the announcement. “We also want to consolidate the passion for leadership in science in the UAE, contributing to improving life on earth and to developing innovative solutions to many of our global challenges.”

It’s an incredibly massive project, and won’t exactly just happen overnight. In fact, the faux Mars habitat is so grand in scale that those in charge of the project didn’t even venture to guess at a completion date.