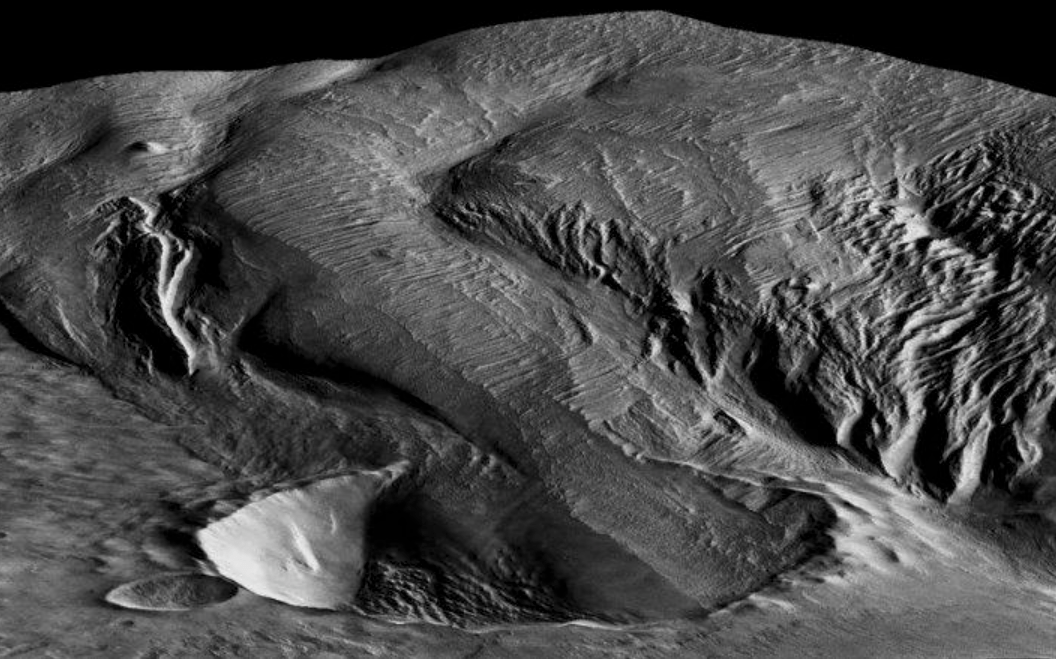 An incredibly bizarre feature on Mars which conspiracy theorists believe is clear evidence of alien life is actually just a really, really weird rock formation, according to a new study published in the Journal of Geophysical Research. Ancient volcanos that were once active on the surface of the Red Planet, combined with hundreds of millions of years of wind erosion, are responsible for the strange shapes.

From above, the strange formation looks vaguely like something that might have landed, or crashed, on the Martian surface. When it was first discovered in the 1960s, it was strange enough for scientists to admit that they didn’t really know what it was. Now we have a much more detailed explanation, and unfortunately it doesn’t include E.T.

The strange shapes poking out of the dusty surface of Mars are called the Medusae Fossae Formation (MFF for short). Blurry photos snapped by NASA’s Mariner spacecraft many decades ago left much to the imagination, and it was hard to tell exactly what the features truly were.

Now, with updated images and gravity readings from above the MFF, researchers have been able to determine that the rock that created the formation is volcanic in nature. They believe the porous rock was deposited roughly three billion years ago, and Martian winds have continued to carve it into odd shapes over time.

Obviously, scientists never really bought the proposed explanation that the shapes were actually a derelict alien ship, but in order to actually dismiss that notion they needed a much more detailed look at the area. The Mars Reconnaissance Orbiter provided the tools necessary to paint a much clearer picture of the landscape, revealing the absence of aliens. Bummer.