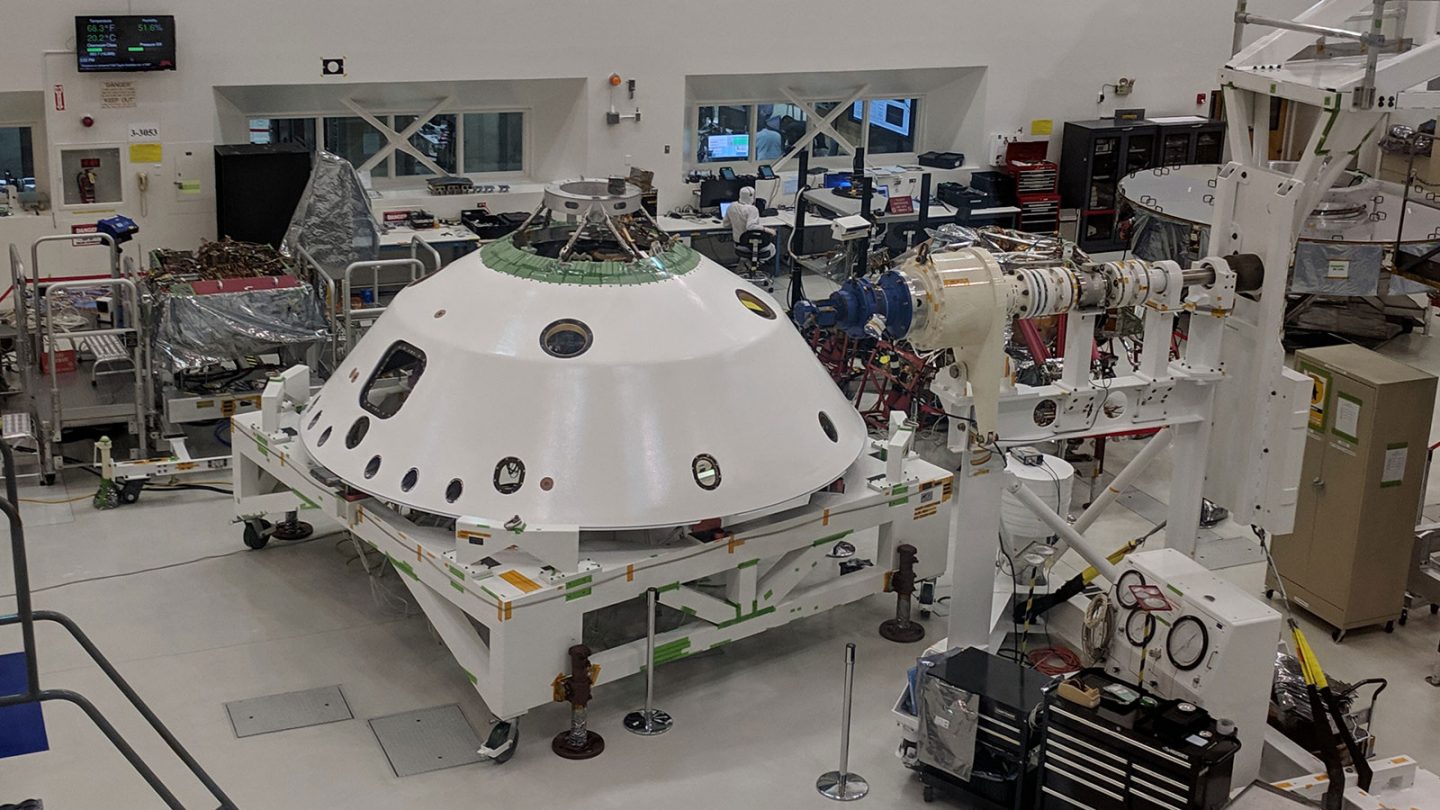 Building a robotic vehicle that will eventually travel to another planet is a complicated undertaking. With just one NASA rover, Curiosity, currently roaming around on Mars after the death of Opportunity, the much-hyped Mars 2020 mission takes on even more significance.

Getting it right means testing, tweaking, testing, tweaking, and then testing some more, and NASA just published a new behind-the-scenes look at the intense trial process the rover’s on-board computers have to endure. Tucked away inside a cleanroom at the Jet Propulsion Laboratory’s Spacecraft Assembly Facility, the 2020 mission’s hardware was tasked with landing on a simulated Martian surface that exists only in the spacecraft’s complex computer brain.

The Mars 2020 mission will target the Jezero Crater on Mars as its landing site. It’s a new area of Mars that hasn’t been explored by a rover, and NASA’s flight software has to be tweaked for the unique challenges that landing in a new spot can pose. In its first real trial, called Systems Test 1 (ST1), the rover’s guts proved that they were up to the task.

Successful tests are certainly something worth celebrating when you’re talking about a piece of hardware as complex as a Mars rover. The vehicle’s various systems are typically designed and built separately, and it’s not until they’re married together that engineers can begin to see if any dire issues arise. In this case, it was a matter of seeing how the electronic components and software systems matched up with the flight hardware.

“Nothing was visibly moving, but underneath the outer structure, there were flight computers swapping sides, radios sending and receiving transmissions, fuel valves moving in and out, subsystems being energized and later turned off, and electrical signals being sent to nonexistent pyrotechnic devices,” Bottom explains. “There was a lot going on in there.”

The Mars 2020 mission won’t actually arrive on the Red Planet until February of 2021. However, when it finally lands it will be the most powerful piece of exploratory hardware to ever land on the planet, an NASA hopes it will reveal some of Mars’ many secrets.