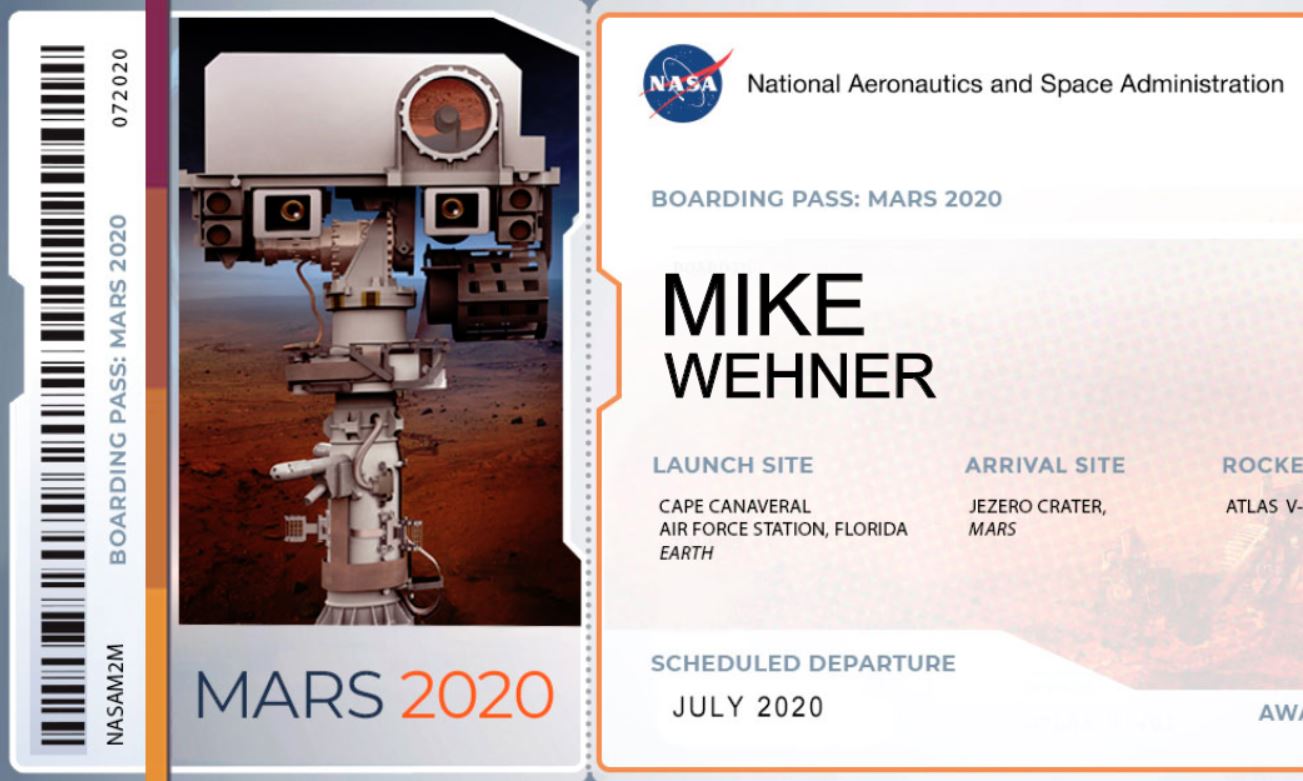 If there’s one thing you can say about NASA it’s that the space agency really does do its best to make its projects accessible to even the most casual space fans. In recent years, NASA has made a habit out of sending the names of everyday people along for the ride during some of its most high-profile missions, and the upcoming Mars 2020 launch will be no different.

Back in May, NASA opened submissions for names to be included on the Mars 2020 mission. The names, which will be printed in almost impossibly small text on a chip included on the Mars 2020 rover, are being gathered via a sign-up form on the agency’s website. Now, with just a couple of weeks left before submissions are closed forever, NASA is making its “final boarding call.”

According to the sign-up page, over 9.4 million people have already submitted their names to be included on the rover. To be included, all you need is your first and last name, country, postal code, and email address, which is used to notify you of future mission opportunities (you can always opt-out if you want).

Once you submit your information, NASA keeps track of your “frequent flyer” points for future missions. For example, the Mars InSight mission was worth over 301 million points, and the Mars 2020 mission will be worth 313 million. The points don’t really get you anything, besides bragging rights, but it’s still pretty neat to track your participation in various NASA missions over the years.

NASA will be accepting name submissions until September 30th at 11:59 p.m. ET, so you still have roughly two weeks to add yourself to the list. Doing so takes about, oh I don’t know, 30 seconds, so why not just take care of it right now.