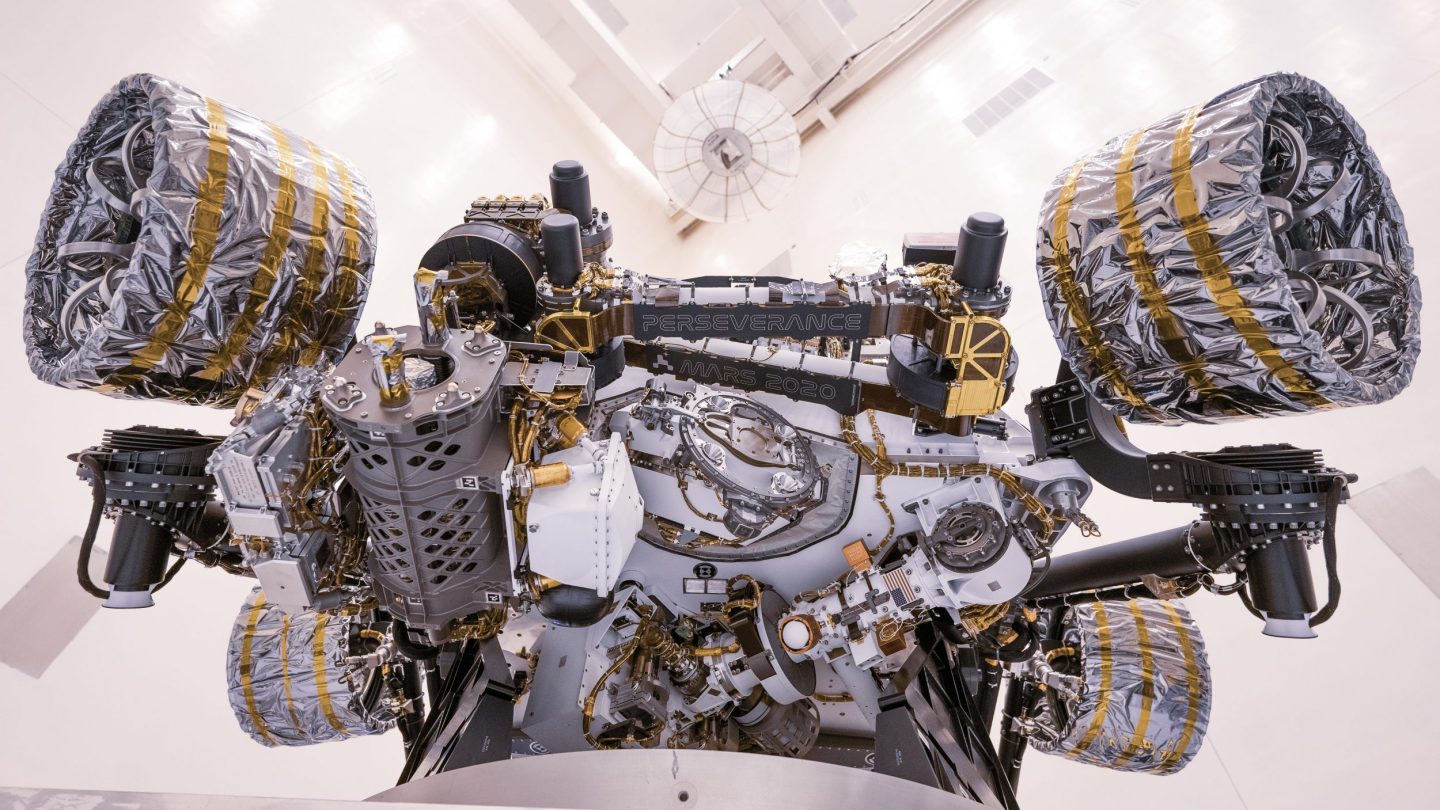 NASA is rapidly approaching the launch of its Mars 2020 mission, and with so much riding on a successful launch and trip to the Red Planet, the space agency is taking its preparation one step at a time. Most recently, the rover Perseverance spent three full days undergoing the delicate process of balance testing.

It might not sound like a crucial step, but ensuring that the rover is correctly balanced is incredibly vital. As the Mars 2020 mission leaves Earth and begins its long journey to Mars, weight discrepancies could not only cause the spacecraft to fly inaccurately but perhaps even endanger the rover once it’s ready to make its descent to the planet’s surface.

As NASA’s Jet Propulsion Laboratory explains in a new blog post, the process of ensuring the rover is correctly balanced takes longer than you might expect.

“The meticulous three-day process began with Perseverance being lifted onto the rover turnover fixture,” JPL explains. “The team then slowly rotated the rover around its x-axis – an imaginary line that extends through the rover from its tail to its front – to determine its center of gravity (the point at which weight is evenly dispersed on all sides) relative to that axis.”

The scientists then placed the rover onto a “spin table,” to detect the spacecraft’s center of gravity relative to its z-axis. With all of these readings, the team then went about correcting any mass distribution issues by adding weight wherever it was needed. In total, the rover gained nearly 14 pounds of extra weight in the balancing process. That might sound like quite a bit, but when you consider that the rover weighs in at over 2,250 pounds, it’s really just a drop in the bucket.

This newly-completed milestone is just the latest evidence that NASA remains on schedule for the launch of the Mars 2020 mission. That’s incredibly important since a delay to the mission from its July/August launch window would mean pushing back the mission all the way to 2022 at the very earliest.

Due to the nature of planetary orbits, missions to Mars from Earth are only feasible every couple of years, and with the European Space Agency already being forced to delay its ExoMars mission from 2020 to 2022, NASA wants to do everything in its power to ensure the Perseverance rover stays on schedule.

The Mars 2020 launch window will open on July 17th, at which point NASA will have until August 5th to send its spacecraft skyward. The rover will then touch down on Mars in February of 2021.