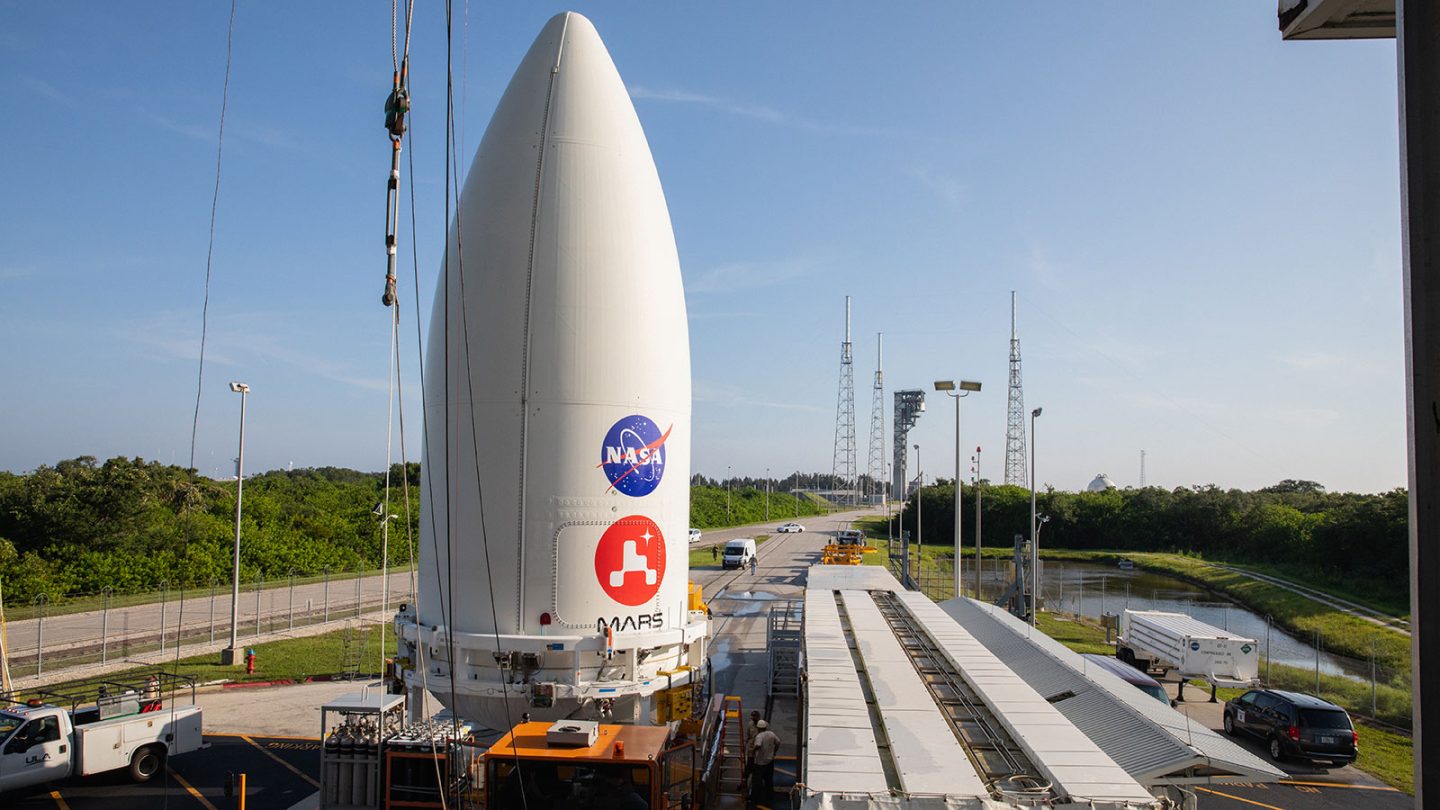 NASA’s Perseverance rover — the star of its Mars 2020 mission — has seen its share of worrying setbacks in recent weeks. The mission has been delayed three times now, each one pushing the expected launch date back by a few days at a time. Despite that, things are still on track for a launch within the next month.

Now, as a sign that things are still coming together, NASA’s Jet Propulsion Laboratory reveals in a new blog post that the Perseverance rover has been strapped to the top of the Atlas V rocket that will deliver the push to send the shiny new hardware to the Red Planet.

NASA explains how the process unfolded:

The process began when a 60-ton hoist on the roof of the Vertical Integration Facility at Space Launch Complex 41 lifted the nose cone, otherwise known as the payload fairing, 129 feet (39 meters) to the top of the waiting rocket. There, engineers made the physical and electrical connections that will remain between booster and spacecraft until about 50 to 60 minutes after launch, when the two are pyrotechnically separated and Perseverance is on its way.

As you can imagine, readying an interplanetary mission is difficult even under the best of circumstances. Doing so while the world struggles with a pandemic that nobody living today has ever witnessed before is another matter entirely. Still, against those odds, NASA appears to have pulled it off, and with an extended launch window that will allow the space agency to begin the mission as late as August 15th, the chances seem good that NASA will be able to keep its Mars 2020 promises.

“I have seen my fair share of spacecraft being lifted onto rockets,” John McNamee, the project manager for the mission and a member of NASA’s Jet Propulsion Laboratory, said in a statement. “But this one is special because there are so many people who contributed to this moment. To each one of them I want to say, we got here together, and we’ll make it to Mars the same way.”

The original launch date of the Mars 2020 mission was expected to be July 17th. That was pushed all the way back to no earlier than July 30th due to a variety of issues with ground equipment and other hardware. Regardless of when the mission launches, however, it will arrive on the Red Planet on the same date, February 18th, 2021. We’ll all be keeping our fingers crossed that no additional delays pop up in the meantime.