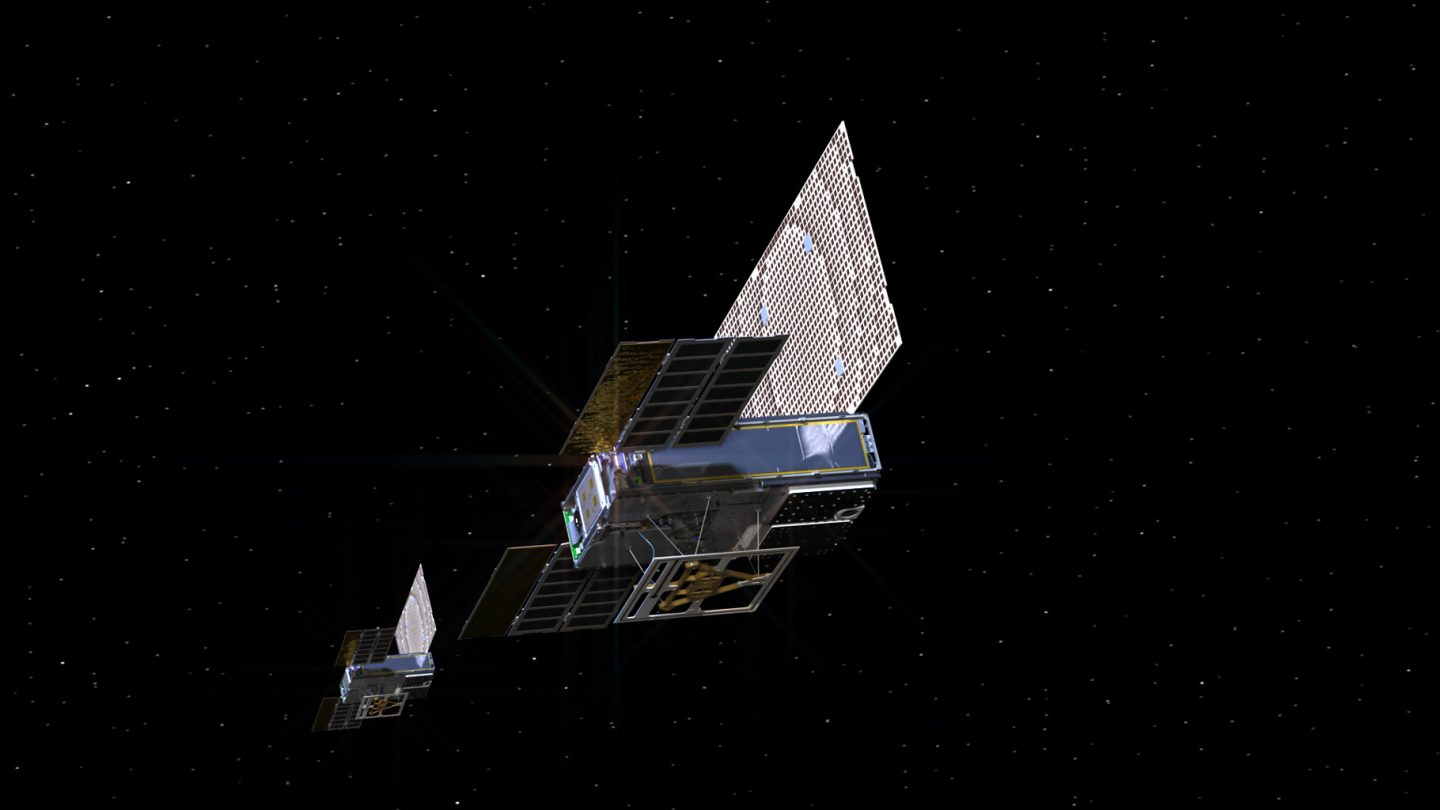 NASA’s Mars InSight mission is moving along nicely, with the robotic lander preparing for many months of research that will tell scientists more about the interior of the planet than ever. Unfortunately, two of the machines that helped NASA track InSight’s perfect landing now refuse to answer calls from the space agency, and nobody knows exactly why.

The success of the MarCO mini satellites — named WALL-E and EVE in honor of the futuristic Pixar flick (which isn’t as good as A Bug’s Life) — was a long shot for NASA from the start. The tiny CubeSat spacecraft were designed to track InSight’s position so that NASA could keep a close eye on its progress as it made its way to the surface. They performed better than anyone could have expected, but we may never hear from them again.

Put simply, nobody really knew if the tiny spacecraft were going to be able to make the tough journey to Mars and do the jobs they were tasked with. Nobody had ever tried it before, and the tiny (and inexpensive) CubeSats had never been pushed in such a way.

Despite all that, both WALL-E and EVE performed incredibly well, relaying communications and even snapping images which were then sent back to Earth. It was a remarkable success, but the tiny machines weren’t designed to last forever.

In a new post by NASA, scientists reveal that it’s now been over a month since either of the MarCO CubeSats made contact with Earth, and nobody knows if we’ll ever hear from them again. Both of the machines will begin heading back towards the Sun in a few months, at which point NASA will once again attempt to wake them up, but whether they’ll be up for a chat is anyone’s guess.

“This mission was always about pushing the limits of miniaturized technology and seeing just how far it could take us,” Andy Klesh of NASA’s Jet Propulsion Laboratory said in a statement. “We’ve put a stake in the ground. Future CubeSats might go even farther.”

NASA doesn’t know exactly why the twins stopped responding, and there could be a number of explanations and a combination of factors. On top of that, the CubeSats’ batteries may be long dead and fail to recharge by the time they are bathed in full sunlight once more. But even so, they performed admirably in their short stint in space.