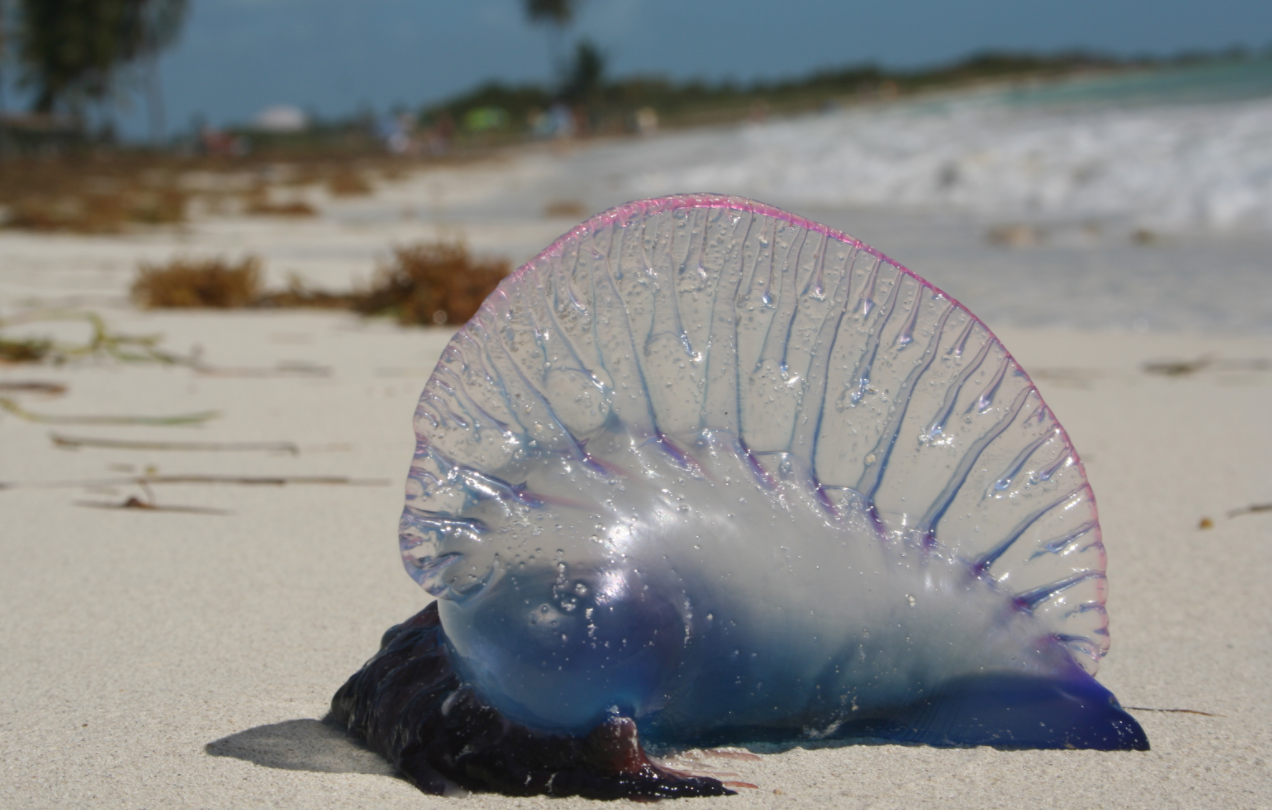 Running into a single Portuguese Man O’ War can be an extremely frightening experience. With a bubbly top that keeps them afloat and jellyfish-like tentacles swinging listlessly in the ocean current, they can deliver a nasty sting to anything that comes into contact with them, and that includes humans. Now imagine not one, not two, but thousands of the nasty little creatures covering the shoreline. Sound like a nightmare? Well, it definitely look like one.

Captured on video by an Australian couple after a day of kayaking, the scene is pretty shocking to anyone who knows just how much power the venomous touch of a Man O’ War packs. Whatever you do, don’t bother sunning yourself if you ever run into a scene such as this, and cancel your vacation immediately.

“There must have been thousands of them beached and they were all alive and wriggling,” Brett Wallensky, who filmed the scene, explains. “It was the stuff nightmares are made of. It was just horrible to look at them wriggling around and trying to sting you. If you fell in there and got that many stings all over you I can’t imagine you would survive.”

Although they definitely look similar, Man O’ War aren’t jellyfish. They’re actually part of a class of creatures known as siphonophores, which are a collection of independent organisms all living in one unit. They all work together for their mutual benefit and survival, and are unable to survive on their own.

As for why all the potentially deadly creatures ended up covering the shoreline, there are a number of possible explanations, but the most plausible is that ocean winds physically pushed them together and up onto the beach. Because a large portion of each Man O’ War sits above the water it can become swept up in the wind and water currents and end up somewhere it doesn’t belong.

However, like jellyfish, Man O’ War population spikes have been linked to climate change, and it’s possible that incidents like this begin to occur with greater regularity as the Earth continues to grow hotter.